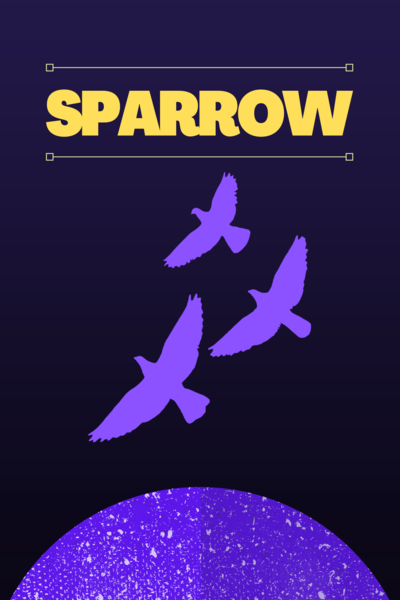 Ichiro's life is over. Not literally; but since he's been accused of kidnapping the most powerful woman in the known universe, it might as well be. Stuck in an unfamiliar world, Ichiro and Princess Abiona entrust their safety to the hermit Angora: an outlaw hated by his own people.
Hunted across the galaxy by Abiona's royal family, Ichiro's former allies, cultists and criminals with mysterious powers... Ichiro, Abiona and Angora will do whatever it takes to survive in this dangerous universe; all while making sure to relax and enjoy the sights along the way.

'Sparrow' was originally written over the course of two months, and submitted as a 30 chapter webnovel for the 2021 MAL X Honeyfeed Writing Competition. A link to my Royal Road account, where an updated version of the series is being released daily, can be found below:

Prompt: My New Life as a…
Theme(s): #Fantasy, #Sci-fi
My Themes: #Adventure, #Legacy

Prompt: My New Life as a…
Theme(s): #Fantasy, #Sci-fi
My Themes: #Adventure, #Legacy

10
Chapter 1: How I Betrayed My Empire by Accidentally Kidnapping a Princess
Jul 06, 2021

1
Chapter 31: Message from the author: The Future of Sparrow