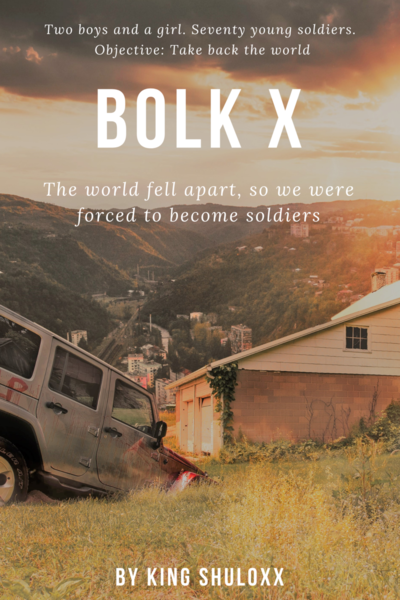 January 2021. Chaos and despair took the world by surprise when most people suddenly started to become big muscle monsters and to attack the rest. Following the Global Command Unit, an international organization formed by most countries, an evacuation plan was executed worldwide, but after many unclear events, humanity was almost wiped out. Only one place was known to still be inhabitated: Fort Albatros, a military fortress in the middle of the European forest, which was also heavily struck by this carnage. But far from trying to protect the victims, the emergency plan stated something clear: They had to fight back. In the middle of a global disaster, surrounded by civil teenagers and with the human race on the verge of disappearing, this is where the story of two boys and a girl started. Being strongly united to face the most cruel reality: Becoming soldiers.