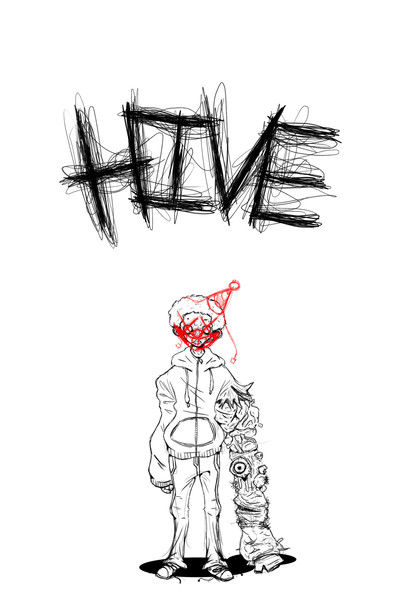 Hive has spent the past fourteen years of his childhood struggling with social isolation, mental illness, physical deformities, emotional trauma, parental absence, and a general lack of understanding of what his entire existence even is.

At the dawn of his first year in high school, he has a confrontation with an other-worldly creature after it slaughters his current guardian. A strange, clownish being named Splatter emerges upon its defeat, proclaiming that Hive has the ability to absorb and defeat these creatures through his shared DNA, awakening his uncontrollable shapeshifting powers.

Now parentless, he seeks refuge in a soon-to-be 19 year old girl named Roxie, living in a neighboring unit at the apartment he lived in, as Hive finally tries to figure out just what exactly is actually going on and who he really is as everything around him seems to be falling apart at the seams.

DISCLAIMER THIS WEB NOVEL WILL CONTAIN LARGE AMOUNTS OF EXTREMELY VIVID DEPICTIONS OF GORE AND BODY HORROR I HAVE KEPT THE MATURITY RATING ON ALL_AUDIENCES HOWEVER VIEWER DISCRETI...