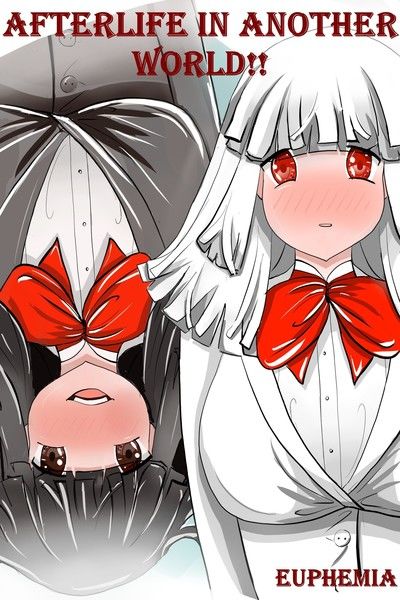 Kikuchi Emiko tragically loses her life at the age of eighteen. However, instead of reincarnating, a cruel twist of fate results in the beautiful, popular girl becoming a ghost in another world .... or rather a ghost in an alternate reality!

The Kikuchi Emiko whose place Emi takes was nothing like her. All anyone can remember of the anonymous girl was that she had been 'nice'. Now, in order to save the all versions of herself in the Kikuchi Emiko Book of Alternate Realities, Emi must finish 'nice’ Emiko's unfinished business.

However, Emi soon learns that Angel, her mysterious helper, has many secrets.

The deeper Emi investigates, the clearer it becomes that there is more to be learned than she had ever imagined. Soon enough, Emi finds herself investigating both the life and death of her double and the very nature of the universe!

12
Chapter 49: Afterword from another world!