The Guardian: An Unfortunate Wish 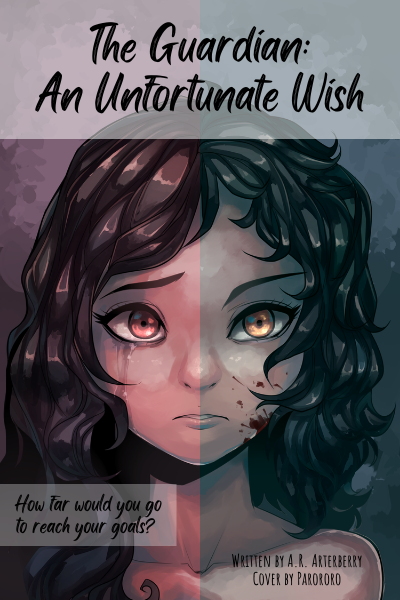 Ari Night, a sixteen-year-old orphan is determined to find her parents as she strongly disbelieves that her parents actually died. Her firm resolve makes her end up in a parallel world where she tries to find out the truth about the disappearance of her parents.

She finds herself getting torn to pieces while fighting monsters, so-called Caedes which were created by humans through cruel experimentation, to fulfil her wish of finding her family.

Reoccurring nightmares remind her of her past. A terrifying past she had forgotten. But something goes horribly wrong while she desperately searches for answers. A dreadful truth surfaces that Ari cannot handle and which ultimately results in her killing her own father. What could have been her reason behind her gruesome act?

This is my very first novel that I wrote back in 2011. It's finished, so I thought why not publish it here?

This is my very first novel that I wrote back in 2011. It's finished, so I thought why not publish it here? 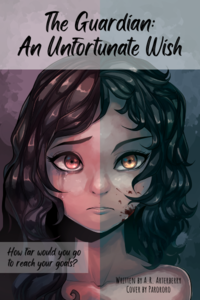 Submitted by:
Arterberry
The Guardian: An Unfortunate Wish