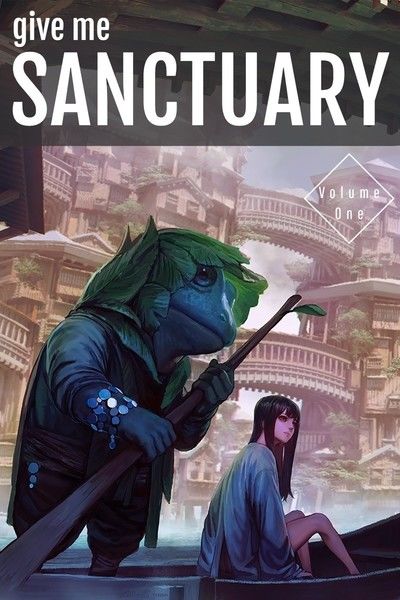 Rikia Thisteln hasn't always been blind, but her pact with the Curse ensures she sees plenty.

As an Oracle, she can see visions- not the world as it is, but instead as it has been and might be. These worlds have always appeared to her as possibilities, layers upon layers of potential in an endless web of might-be's.

But after a red star crosses the sky, her prophecies now fortell of the destruction of the world, leaving her with no answers as to when, or why, or how.

Faced with endless nightmares of impending doom, Rikia must set out in search of a place seen in her visions, a place only called "Sanctuary", a place destined to hold the means to stop the coming end.

And her visions are clear- if she doesn't, everything she has ever known will be lost.

And her visions are never, ever wrong.