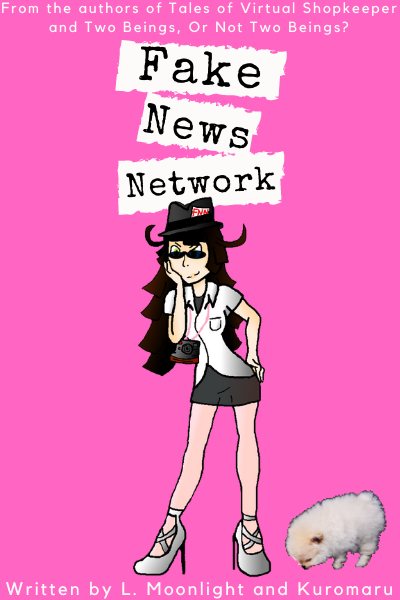 In the Sardinian town of Fonni, Italy, one journalist will stop at nothing to get her stories featured on the front-page of the local newspaper. She is Giovanna Gimmimanni – Empress of Avarice, Queen of Mean and Minister of Sinister! Willing to put lives on the line (but never her own), Giovanna is determined to find the next big scoop, respect and dignity be damned!

From authors Kuromaru (Tales of Virtual Shopkeeper) and L. Moonlight (Two Beings, Or Not Two Beings?), join Giovanna Gimmimanni, along with her partner Galileo and the rest of Fonni News Network’s press division, as she conducts so-called “interviews” with everyone from movie directors to royalty and even rival reporters! There’s never a dull moment to be had in the life of this prima paparazzo!

This novel is a collaboration with L. Moonlight (https://www.honeyfeed.fm/u/5449), my IRL best friend. Please feel free to check them out! :)

This novel is a collaboration with L. Moonlight (https://www.honeyfeed.fm/u/5449), my IRL best friend. Please feel free to check them out! :)

4
Chapter 1: Article One: Defame and Misfortune