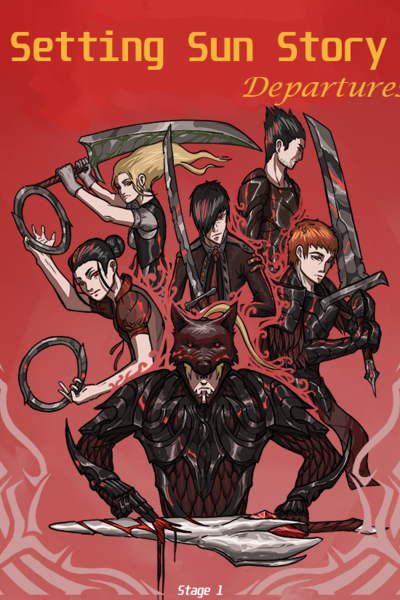 Known to be the last sanctuary in a barren world of chaos and desolation, Baustas is home to a society claiming to be blessed by a divine Savior, forever protected, and fighting to liberate what it can of a savage continent. In one night, the paradise falls to pieces, as the outside hellscape floods in, and a war of eons starts anew. Witness the nightmare of Baustas' fall, and the bloody beginning to a journey of tragedy and unlikely bonds. As the Sun sets, darkness shall rise. (This is an extended and improved version of SSS: Beta, which was released during the first Honeyfeed x MAL event, and will continue along with the future of the series).

1
Chapter 13: The Rapturous Ballet of Melancholy