And just like that, he was running once again. Everywhere he could see, everywhere his eyes could allow him to see; he could see a familiar face. He had once hung out with the guy at the bar, shared his stories with the bartender. That girl sitting alone in the corner was his colleague from the office, and the girl she was looking at was his junior at the university. And that guy, and another, another girl, and the list continued. It seemed like he knew almost everybody there. He could even see Hazel, and his gut twisted in agony. He was the one. He was there that night. He was the one who pulled the trigger. Or maybe it was somebody with utter resemblance with him.Bookmark here

His head was hurting once again, which meant he was on the right track.Bookmark here

He turned the corner around the Bar, and memories started flashing once again. He had thrown up so many times in this alley, that he had lost count. The only upside to living in this god-forsaken town was that he knew all the streets and alleys like the back of his hand. The people following him didn’t.Bookmark here

Another left here, across the street, and then another right and into the alley, and I’ll be able to shake them off, he thought to himself.Bookmark here

With each passing second, the foot-steps grew louder and somehow sounded like the pursuers were increasing in number.Bookmark here

If I can’t shake them off here, I’ll have to think of something else, he thought to himself. I don’t have enough time to look back and count their numbers, and the rate they are growing at.Bookmark here

He hissed his mind into obedience, but it didn't make sense. If he did not know the exact number, he would not be able to use the catalyst precisely, and it would all be in vain.Bookmark here

How the hell did these redcoats find me so easily?! They shouldn’t have been able to find him for at least two more days. Did somebody…Bookmark here

His train of thought was interrupted. The red-coats were still a few blocks away, but they knew where he was, and would gain in on him easily. He had to think of something. The alley was about to end, and the street ahead was devoid of any traffic. Not even a single pedestrian was present. Nord Street was usually bustling at this time, packed with people walking their way back home and heavy traffic alike.Bookmark here

Tonight just didn’t make sense. First, the Organization had found him with such ease, and now the empty and barren streets. Something didn’t add up. Somebody must have alerted the organization beforehand, because to be able to mobilize these many redcoats took at least twelve hours.Bookmark here

But who? Who could have done this? He had never mentioned this to anybody else, and nobody knew about this except Ave.Bookmark here

But Ave is dead. I saw her die, right in front of my eyes. Even her badge hadn’t been transmitting for the past few days. But it was transmitting even two days after…Bookmark here

Another headache, meaning another correct track, but he had to prioritize escaping from these redcoats first.Bookmark here

He stopped right at the edge of the street, his knees buckling, and his hands on his waist to allow him to draw air into his burning chest. He had just enough time to catch his breath, and think of something to throw the red-coats off of him, or at least allow him to gain some distance between them.Bookmark here

When he finally looked at the street, it became clear why it was barren. The Organization had used it, the device he had warned against.Bookmark here

And at such a large scale?! Did they not get it when I said it could alter the mental structure of an entire world?!Bookmark here

He did not have any other choice. He had to will something into existence, or all that he did for the last four months, all the lives lost over the years, Ave’s death, would all be for nothing.Bookmark here

But there isn’t anybody around, so something out of the ordinary would not technically break any rules…Bookmark here

His train of thought was again interrupted, this time by a loud shout emanating from behind him.Bookmark here

“You are dead, Kaen Ishikawa!” A man was shouting at the top of his lungs. The red-coats were not far away, “dead!”Bookmark here 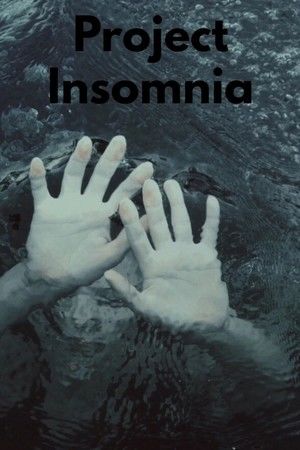