Kas showed himself out of the office in a daze, forcing himself to make good time to the armoury. If nothing else, he felt the day’s events had intimidated him enough he’d never be late to a job again.Bookmark here

The stability band wrapped around his broken arm, straightening the bones and encasing the limb from the elbow down, with only the tips of his fingers poking out the end. Rather than trying to put everything back where he found it, he removed his personal possessions and checked the pocket storage in with the on-shift attendant, who didn’t blink an eye at the depleted inventory or its new additions. Protocol demanded it all be checked in to high security anyway.Bookmark here

He made it back to the debriefing room with a couple of grains to spare. Agneza met him at the door, her eyes skimming over the band, and to Kas’ surprise shot him a rueful smile.Bookmark here

“I know I acted without thinking,” he apologised, unable to fully meet her eyes. Bookmark here

“This mission feels like it was touched by the Firebird,” she responded, showing him to one of the available seats. There were many; only half the original crew had made it out in one piece, and most of those who did were looking much the worse for wear. “Against Blud’s Delusion and the defences we were up against, this should have been a Rank A. Even I was out of my depth. All of us had lessons to learn today.”Bookmark here

Ziv paced in after them, clearing her throat as she shut the door behind her. A tap on its locking orb activated the room’s privacy field and blurred the windows, shielding them from the rest of the office.Bookmark here

Kas’ mind flickered back to one of the downed supply personnel, and his throat ran dry. It could just as easily have been him. Casualties happened from time to time - everyone knew that - but this was the first mission he’d been on to result in more than minor burns and scrapes.Bookmark here

“This is tragic news for the company, and for all her colleagues,” Ziv continued. “There will be a memorial in the office tomorrow for those who knew her; I understand if it may be too difficult for some to attend. As per standard procedure, her next of kin will be compensated generously for her faultless dedication. Lazlo and Orell remain in serious condition; otherwise everyone else will be going home by day’s end.”Bookmark here

“Our team’s sacrifices did not go to waste,” Ziv followed up. “Maesik has been diving into a number of illicit research fields, that much is very clear. As this intelligence falls beyond the scope provided by the client, this means Elurium is now sole custodian of this information. It goes without saying it must not leave this room. You will all be signing confidentiality agreements before you leave work today. I expect it will generate a number of interested buyers. Furthermore,” she continued, looking directly at Kas, “we were able to procure several instances of an unreleased functional prototype. These will be offered first to the client and secondarily to both Maesik and their competition should they turn us down. Most importantly, we successfully retrieved the primary target.”Bookmark here

Kas noticed she made no mention of the complications.Bookmark here

Ziv had them go around the room, each person providing a detailed account of the event, what they thought had been done well, and what went wrong. Kas winced as Agneza brought up his blunder with the surgers, but Ziv only noted it on a scroll and kept moving.Bookmark here

The existence of Blud’s Delusion provoked fierce discussion on the minutiae of technical enchantment from a few members, the bulk of which went over his head. Between relay captures and eyewitness accounts, they had enough evidence to - if not quite prove its existence beyond doubt - at least compile valuable documentation to sell to parties interested in replicating the feat.Bookmark here

Kas described the closet containing the target to the tune of a few raised eyebrows and fielded the onslaught of questions as best he was able. “And I acquired it to storage,” he finished, glancing at Ziv as he did. This would have been the time he mentioned the retention system, but if his boss hadn’t brought it up, he assumed she had her reasons. Bookmark here

When she failed to react, he leant back again, secret unspoken. He tried not to look at or think about the glowing lines on his arm.Bookmark here

“Thank you, Kasimir,” Ziv acknowledged. “That was comprehensive. Do note we expect monitoring and potential retaliation from Maesik; you are all to follow security protocol Latma 12 for the immediate future.”Bookmark here

Kas nodded, as did everyone else at the table. Bookmark here

“Then you’re dismissed. Be sure to finish your written reports on your specific area of expertise as soon as possible.”Bookmark here

Ziv disabled the locking orb and the windows cleared, providing again the view of the beautiful historic towers, the skyway wending between them like a suspended river of silver and glass. Kas stared at it longingly, but knew this was no time for distractions. He’d get home eventually. For now, he had to fight on through the exhaustion and finish his paperwork.Bookmark here

A healer waited outside, and led Kas off to a side room where he unwrapped the stability band and then spent over half a sand realigning the fractured bones in his arm. It wasn’t painful, but something about the movement going on within his body made him twitch reflexively at every crunch or squelch coming from his injured limb. Bookmark here

“Try not to tense up so much, you’ll make it harder to heal.”Bookmark here

“I can’t help it,” Kas said, willing his muscles to loosen and having no success. “I’m not used to being injured this badly.”Bookmark here

“Once I’m finished, you need to keep this immobile for at least two days,” the healer warned as he spread a new layer of patch over the arm. “It will feel stable by morning, but you have to keep protecting it for at least 50 sands before removing the stability band again.”Bookmark here

After rewrapping the arm from elbow to fingers and resting the whole thing in a sling, he gave Kas some ingestible weak patches to keep the pain down enough to sleep, but warned that it would probably not be sufficient to entirely block it out. “Past a certain point, it’s unsafe to use too much. You’ll be in for an uncomfortable night, but I promise you if you try anything beyond this to alleviate it you’ll make matters worse.”Bookmark here

As soon as the healer released him, Kas retreated to his desk and spent nearly a full sand staring at the golden glow lines on his arm, querying it and recording its responses. Bookmark here

He ran his fingers along the glowing lines and felt nothing. Neither impression into his flesh nor any bump, as though the lines were only light and nothing more. Bookmark here

Kas tried every variation he could think of, but finally had no choice but to admit that whatever the thing was, he wasn’t going to get it off tonight. Finishing his report, he turned it in, signed the NDA, and trudged wearily to the zipcar terminal. The wait seemed interminable, and once finally aboard he nearly fell asleep standing up for the second time that day. When he reached his stop, he stumbled and nearly tripped over the small gap between the open back of the zipcar and the platform.Bookmark here

Kas gritted his teeth and didn’t retort, though he dearly wanted to. Thinking of an appropriate response required energy he couldn’t muster.Bookmark here

He held the rail as he descended the stairs to his level, fumbled with his door lock orb, and finally stepped into his home.Bookmark here

And into a scene of utter chaos.Bookmark here

His clothing lay strewn across the kitchen floor and draped over the heating cube, his pillow had been unsealed and its feathers scattered through the entire house, and his sofa cushions lay disassembled beside the frame. Bookmark here

“Miri…” Kas groaned. He’d forgotten, he stepped on her paw earlier and had been in too much a rush to apologise. Remorse filled him as he realised how thoughtless he’d been. And all for what? Would those extra few moments have changed anything? He’d been far too late regardless.Bookmark here

Kas scowled and dismissed the message, “Miri! Where are you hiding?” He staggered to the bedroom door, expecting to find her busily shredding his bedding with her claws. But the bed, while disassembled, wasn’t damaged. “Bookmark here

Kas’ stomach clenched in sudden anger and dread. This thing knew way too much about him. Why would it care about his relationship with his ziga? Who decided these objectives? What right did they have to act like they got to decide if Miri was his companion or not?Bookmark here

“If someone from Maesik is watching me right now, then I want you to know that this is not acceptable,” Kas growled, glaring at the glow across his arm. He tried to think of some appropriate threat he could make, but nothing he could do carried enough weight to give anyone at Maesik pause.Bookmark here

“Kkkkrrrkk?” Miri grumbled from under the bed, displeased at being ignored. Kas laughed and knelt down, awkwardly reaching out with his good arm while careful not to bump his injured one. Miri’s tails swished across the ground, sending a cloud of dust billowing out. Kas coughed and backed up, the dust irritating his nose and making him sneeze.Bookmark here

As much as he instinctively wanted to rebel against the retention system’s demands, Kas refused to let it dictate his life in any way. Acting contrary to it would be just as stupid as blindly following its suggestions.Bookmark here

He leaned forward, holding out a hand and beckoning gently. “Miri... Come out. Please. I’m sorry I stepped on you earlier, and even more sorry I didn’t apologise at the time. Being in a rush is no excuse for ignoring you.”Bookmark here

Miri stuck her nose out first, then one claw, then stopped. She tilted her nose toward Kas, demanding.Bookmark here

Kas shook his head. “I don’t have any treats for you tonight. I’m sorry.”Bookmark here

He wanted to fall asleep right then and there, wanted to sprawl out in the scattered blankets and simply close his eyes.Bookmark here

“Not ready to forgive me so soon?” he asked. Miri retreated back under the bed, hissing softly. “I understand.”Bookmark here

He set about slowly replacing his blankets, unable to muster more than a weary shuffle. The pillow was a lost cause. He’d have to spend most of the morning reassembling the feathers and stuffing them back in. Instead he crumpled up a tunic to rest his head on, patted his chest once to indicate for Miri to jump up, then remembered that she was ignoring him.Bookmark here

It had been a terrible day, from start to finish. He couldn’t wait for it to be over. Bookmark here

Kas rolled over onto his side and at long last closed his eyes.Bookmark here

Tomorrow would have to be better.Bookmark here 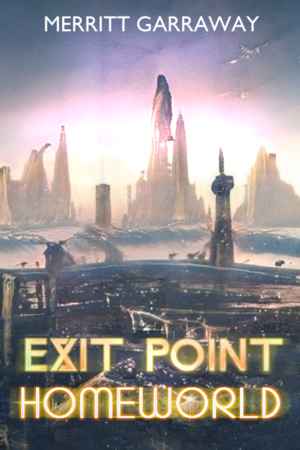