Kaz and Lucia return and find everyone hard at work clearing out the brush. They decide to dig into the wooden cart that Zen had brought from Lord Salamat. Kaz grabs the first sack and wheezes as he lifts it out of the cart. "What is in this, a brick?" Kaz gasps. He opens the top and finds it stuffed with all manner of gold, gems and jewelry. A bright light shines out from the bag, and a familiar deep voice can be heard from inside the sack. "My grandson's life is worth more than a small parcel of land. Use these to purchase lumber and furnishings for your homestead." Kaz was unsure what had just happened at first, Lucia taps his shoulder, "Um, Master, I believe it's just a message, Lord Salamat probably set it to go off once the sack was opened." she says coyly. Kaz nods and fishes a brilliant gold necklace with an inlaid emerald pendant out of the sack and slides it over Lucia’s head. "I'm sorry for what happened earlier, this is for you." She clams up a bit and tackles Kaz to the ground, "Oh, I love it! I've never owned anything this nice Master!" She cried and suddenly began licking his face. Kaz starts laughing, and tries to get her off of him. Someone taps his back as he gets to his feet. Kaz turns around and sees Tasi standing in front of him looking extremely annoyed. Tasi grabs his hand and drags him into the shed and closes the door. Bookmark here

She crosses her arms demanding an explanation, Kaz sighs and explains what happened with Lucia. Tasi raises one of her scaled brows and wraps Kaz in a hug, "You're too nice Kaz, that may come back to bite you someday. Just don't forget to give me some attention sometimes. " She whimpers, then leans over and plants a scaly kiss on his cheek. The two then exit the shed and continue going through the cart, they find several more bags of miscellaneous valuables, some silk fabrics, and a few other odds and ends. Kaz was wondering what to do next, as he’d never owned a home, let alone built one. He had the idea and plan visualized in his head, he just had to make it become a reality. Bookmark here

Kaz pats his cheeks and pulls his act together, he decides on his plan of action. He sets aside a sizable pile of gold and puts it in a sack, he hands it to Lucia and tells her to go purchase the lumber, nails and tools from the golem at the general store. "Take Roarke with you Lucia." She takes the gold and bows to Kaz, "We'll be back soon then." She says to him before grabbing Roarke by the arm and they depart for the store. Kaz then picks up some sticks and hacks them into wedges with his sword. He tosses a few to Tasi, "We'll mark the foundation." He explains as he pounds the wedges into the dirt with his foot to outline the structure. Tasi follows his lead while Saphana watches them with great intrigue. Bookmark here

Before they knew it, days turned into weeks, and weeks into months. Kaz had just finished erecting a wooden fence behind the nearly completed home. He enters the house through massive double-arched doors, which were wide enough to fit a dragon. Kaz finds Tasi rummaging through the food stores, he sneaks up behind her and wraps his arms around her belly. She was wearing the shirt he had given her. She springs up in surprise and spits a hunk of meat out of her mouth. Tasi turns around and scolds Kaz for spooking her, however Kaz is more fixated on how much weight she'd gained in the past months, was Lucia's cooking making her gain weight He rubbed her stomach and she stopped yelling immediately. Kaz felt a hard object in the weight she'd put on, but when he asked her about it she dodged the question. "Could she be? No, no. She'd tell me." He thought to himself. He leaves Tasi to her own devices and walks out to the yard he'd just fenced in to find Saphana lying in the sun on her side.Bookmark here

"Hey Saph, I think it's about time you taught me some magic." He says as he lies down and props himself against her sun-warmed belly. She raises her head and licks behind his ear, it felt like someone was brushing his head with a wire brush, "Go see Miss Ishvara, she'll be able to better help you with that than I could." She chuckles as she lays her head back down. Kaz decides he'd lie there for a bit with Saphana before he goes to the bookstore. After a bit of rest Kaz gets up and heads back inside, he finds Lucia stewing some meat on the cooking spit in the main hall. He walks up and gives her a hug from behind and covers her eyes, "Guess who!" He sneers playfully. Lucia drops her ladle and laughs, "Oh my, I haven't the slightest clue!" She replies sarcastically. Kaz had only just gotten her to understand sarcasm the week before, she was still a bit stiff with it but she understood the general idea.Bookmark here

He removes his hands from her eyes and places them on her waist in a wraparound hug from behind, the unsuspecting kobold shrieks in surprise. "I'm going to invite Miss Ishvara over tonight, so please cook lots of extra food." He asks in a sweet tone then he gives her a quick peck on her furry cheek. "You're insatiable Master, must you do this every time?" She scoffs at him. Kaz gives her an earnest smile, they both laugh softly. Kaz thanks Lucia and heads out passing through the small library lined with all the novels, books and tomes he had both brought from his world and acquired since arriving in this one. A sage grows more as the knowledge he possesses increases after all. Bookmark here

As he shuts the main doors he is met by Roarke who was practicing with a spear on a straw dummy out front "Good afternoon Kaz, where are you off to now?" He inquires. Kaz tells him that he's just running to invite Ishvara over for supper. "May I tag along?" Roarke asks. Roarke had become a kind of lookout, or guard for the house. He had proven that he could be trusted after being watched meticulously for several weeks by other dragons. He had his own room in the manor as well, Roarke and Kaz had grown closer as friends in the time that passed since they began construction on their home. "I don't mind, I'll only be gone a few minutes." Kaz replies. Roarke jabs the spear in the gut of the dummy and runs up to join Kaz. Bookmark here

The two boys arrive at the bookstore, Kaz rushes ahead scanning each aisle of shelves. He finds Ishvara hunched over a book at her desk. "Good afternoon Ishvara!" Kaz greets her as he hugs her hindleg. She closes her book, "Oh my, welcome Kaz, you startled me! Oh, and Mister Roarke too! What can I do for you two today?" She asks happily. The two of them had also been lending a hand around her bookstore in their spare time, Roarke was trying his best to learn to speak in dragon tongue. Kaz lets her leg go and wraps a hug around her neck, "We wanted to invite you over for supper, Lucia is an outstanding cook. I was also hoping maybe you could teach me some basic magic if you have the time." He begs. Bookmark here

Ishvara takes off her beloved glasses and picks up Kaz by the collar of his armor and sets him on her back, she grabs a book off the shelf and hands it back to him. "I won't be much help in that regard, but this book should do just fine. Let's be on our way then, I'm famished." She states as her stomach rumbles. The three of them arrive back at the manor, Kaz hops down off Ishvara's back and opens the main door for them. Ishvara looks around in awe, "This is quite different than what I'm used to. Humans are most excellent at interior decorating it seems!" She compliments Kaz, he notices the library has caught her attention. "If you see any books that interest you, feel free to borrow them. Just let me know beforehand!" Kaz tells her as he walks into the main hall to join Tasi, Saphana and Lucia. Ishvara follows close behind, taking in every minute detail. "I'm shocked it's so spacious, even someone as large as myself can move around in here freely." She tells Kaz from behind, Kaz takes a seat at the long table, "Well of course, I wouldn't make Saphana have to eat outside." He says with a grin as he sets the book she had lent him on the end of the table. Bookmark here

Lucia brings the last pot of stew over from the fire pit, "Dinner is served!" She announces as she rings a small bell that echoes throughout the hall, she then disappears into the other room. Roarke drags a huge pile of roast they had prepared beforehand on a wooden slab out of the storeroom for Saphana and Ishvara. Tasi also slithers down the support pillar from the second floor, Kaz sees this and motions at her to sit down at the table with everyone. Lucia returns from the cellar with a small keg of ale and a plate of drinking glasses. Bookmark here 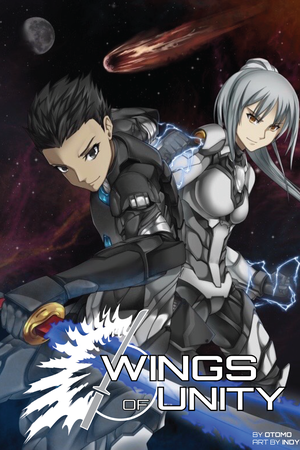 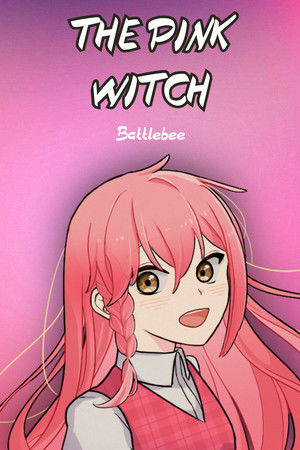