To spare you the details of what happened after, all of us swept through the entire school looking for stragglers. It took way too long but a certain somebody wanted to be one hundred percent sure there was no one left. After that, we all left. Atsuko and Manami never finished their war over who gets control of the school. I had no idea where Amakusa had disappeared. The plot points had yet to move forward, but we're getting there. The academy was in catastrophic disrepair, so school's closed due to anarchists for the foreseeable future.Bookmark here

I expected public reaction to devolve into riots, but that didn't happen, the academy aside. Social media remained closed, so people moved to spreading the word by mouth. Small groups of protestors gathered in hot spots throughout the city, but no one became violent. Public opinion actually calmed after several influential people on the news claimed the video was a hoax. The sign destroyed by Amakusa was quickly replaced, so there was no proof it wasn't fake. The Hwen government undoubtedly heard about it and were probably plotting, but no public actions were taken and no public announcements were made. If my grandiose, convoluted conspiracy would turn out to be true, I wouldn't find out for a while.Bookmark here

Nobody stopped talking about it, so the whole world probably saw the video, or at least heard about it. That was still better than riots, people turning on each other, and all the other things I expected to come of this. I was relieved that everyday life remained mostly normal. I was finally going to get a little downtime, and I really wanted to just not be bothered for a while.Bookmark here

I woke up the way I always wake up, by opening my eyes. I felt very well-rested, but I immediately noticed that something was wrong. Where I woke up was not where I went to sleep. Wherever I was, it was not my place. Unless someone snuck into my house, repainted my walls, and replaced my furniture, all within nine-ish hours and without waking me up. But even then, there's no explaining how this place was probably four or five times the size of my room.Bookmark here

By the looks of it, I was in some sort of hotel. I was ever curious about how I got here, but I needed to collect myself first. That started by doing something about the draftiness I felt on my legs. The bedsheets were covering me, but at some point, I had abandoned my underwear. The rest of my outfit too. In the corner of my eye, I saw a high-tech alarm clock on the nightstand beside me. I woke up at nine-thirty o'clock in the night. Conveniently the alarm clock also had a feature to tell me the date. Six days passed since we "liberated" the school. Had I been asleep for that long? I remember going home that night and falling asleep in my bed, but six days? I don't like the thought that I might have slept all that time, but it's better than the thought that I might have done things and I don't remember them.Bookmark here

I spot my underwear across the room, and I go put them on after making sure no one else was in the room. Now that I wasn't commando, I spent a few minutes frantically searching for clothes, and for my phone so I could tell Ms. Kamiya about the situation.Bookmark here

I found neither. I gave up and sat on the bed frustrated. A few moments later, I hear the door open. "I'm back." Said a female voice to herself in a quiet voice, like she thought was I was still asleep and was trying not to wake me up. The stranger gets bonus points for consideration.Bookmark here

As the door closes and the woman comes further into view, I see... a knight. Complete with shining armor but no horse, the woman looked like a time traveler from the dark ages. Or perhaps I time-traveled to the dark ages in my sleep?Bookmark here

Her sleek black armor was as reflective as normal steel gray armor, but hers didn't look like tinted steel. It looked like it was forged from a different material entirely.Bookmark here

"You've awoken at last!" The unknown knight woman said. "I'm flattered that the first thing you're doing after your slumber is staring at me passionately, but didn't you ogle me enough at our wedding?"Bookmark here

"Wedding?" I ask with sincere curiosity. I didn't just want to know what she was on about, I had to know.Bookmark here

"It was just yesterday. Have you forgotten? The rings are proof." She flashed the back of her hand toward me, revealing an ornate ring. I quickly looked at my hand. A slight panic overtook me after seeing the even more ornate ring on my finger.Bookmark here

I blinked rapidly many times to make sure I was seeing correctly. As I thought, this woman is an unknown paladin and not Atsuko. She's the only woman I ever said I would marry, and I wasn't serious about it, so who is this? "It seems I have forgotten." I said to my wife(?).Bookmark here

"You... actually forgot? After you spilled your heart out about how you love me more than anyone else in the world and you've wanted to spend the rest of your life with me since the moment you first saw me? How could you?"Bookmark here

"Calm down." I said, not helping.Bookmark here

"Calm down? After you forgot your wife? You know, I was a little reluctant to marry you because of how recently we met each other, but I did it because you were the first man to bear your heart in front of me in any way, and because I feel the same way about you. But I can't believe my beloved husband has forgotten his bride. I need to make it come back to you. No matter what it takes. You will remember the heavenly feeling of my love that lives throughout your body."Bookmark here

She slowly inched closer and closer to me.Bookmark here

"Woah, let's talk this out, no need to be rash-"Bookmark here

"What?" I said, genuinely upset. That was a lot of stress and unnecessary things I had to think about for a joke.Bookmark here

"The thing about our wedding was just a joke. sort of."Bookmark here

"Tell me what that means right now."Bookmark here

"Don't you at least want to know who I am?"Bookmark here

"I don't care right now. Tell me what that means."Bookmark here

"Alright, but it wouldn't hurt you to be a little more fun." she said.Bookmark here

I am very fun, thank you very much.Bookmark here

"To put it simply, we're bound together, but not by marriage. We're bound by a contract Cast. If you want to know how you agreed to it while you were asleep, don't worry about it. It's pointlessly complicated."Bookmark here

Instead of thinking, I went with it.Bookmark here

"What are the conditions of the contract?"Bookmark here

"I follow and serve under you for the rest of time, or until you die."Bookmark here

"Until I die? What about until you die?" I asked her.Bookmark here

"...You're shitting me," I said. "But that's beside the point. That's such a horrible condition to sign yourself away to. Why would you agree to that? What are you getting from me in exchange that makes the contract worth it?"Bookmark here

She laughed. "Nothing. Not a damn thing."Bookmark here

"Are you an idiot? Why would you do that?"Bookmark here

"Well, I get to be by your side forever, so I guess my eternal wish is finally being fulfilled. And I get to annoy you."Bookmark here

Hmm, that's odd, I'm getting deja vu from six days ago. How many of these are there going to be?Bookmark here

"But I do need your help with something. That's why I brought you here."Bookmark here

"What do you need? Actually, who are you? And where am I? I've never seen anyone in Hwen wear knight armor."Bookmark here

I didn't care who she was before, but now that I knew the wedding was fake, I was able to care.Bookmark here

"My name is Vestiarina De La Chevalier. And that's probably because we're not in Hwen."Bookmark here

Thanks, but that didn't answer my question. It barely got me closer to figuring it out. This was the first time I saw anyone dressed as a knight in person. I really was like I traveled back centuries... Hold on a second. 'Traveled back'... So this place isn't modern- oh no.Bookmark here

"Do people normally get around with cars or horses?"Bookmark here

"Cars are starting to become the norm, but most people still ride horses because they're more affordable." Vestiarina replied.Bookmark here

I really hoped I wasn't right about this.Bookmark here

Fuck. Of all the places to wake up at, it's the one farthest from Hwen?Bookmark here

I don't have a phone so I can't tell anyone where I'm at. It would take me days to fly back home, but knowing Kilead, there was probably only one place for its massive population. Driving is out of the picture because I'd have to get a car, and if I did, I can't legally drive even if I'm pretty solid. Also, you can't drive over the ocean. A boat was my only realistic way out, which meant I wouldn't be back in Hwen for weeks.Bookmark here

Since I couldn't really do much about the circumstances and I was going to be stuck in Kilead for a while, I decided to make the most of it.Bookmark here

"I see. What do you need my help with?"Bookmark here

"There's a witch terrorizing this city." She said seriously.Bookmark here 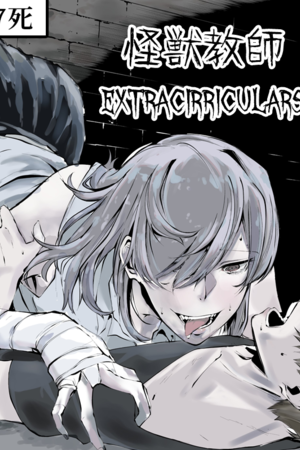