One day, it was raining.

Every now and then, Derry would have to help out at Witch Cafe Camellia at her sister’s request. It was Derry’s cafe, after all, and her sister was just helping to run it the best ways she could. Usually, Derry would not have Pecan come into Wisteria on those days, but one day, Pecan convinced Derry to let her run the cafe on her own.Bookmark here

“Okay… you can practice them, but no magical drinks for any guests,” Derry instructed.Bookmark here

As if she could. She was still only able to manage the magic for the Good Luck Tea, which was still a hit or a miss. She couldn’t make any other magical drinks even if she wanted to. Maybe one day that would change. She hoped.Bookmark here

So that day, Derry didn’t come into Witch Cafe Wisteria, and Pecan opened the doors to get in, as per usual ever since Derry had given Jenni her key without thinking ahead. Like every other day at the cafe, Pecan made sure everything was absolutely spotless. She wasn’t sure about the plants, but she looked over them. Derry had never told her anything about watering them. Over-watering could have been a problem! No one wants to kill innocent plants by giving them too much water… or too much of anything. One time she had watered herbs in the cafe with tea that had an excessive amount of good luck magic infused into them. Perhaps you can recall that time. Well, ever since those herbs met their unfortunate demise, Pecan had been ever-so-careful about touching any of the plants at all. Bookmark here

With the plants aside, the hour of opening crept upon the day and Pecan propped the door so that anyone could come in. After there wasn’t anything more for her to do, she situated herself behind the counter. For a while, she simply waited and waited some more, but she soon found herself grabbing a piece of paper and writing down more ideas for potential spells and drinks. Bookmark here

She would write, place her pen on her lips, write more, look over the ingredients below, take a whiff of them, and taste them. She loved figuring out what to use! Since she was alone in the cafe, she was able to get away with a little more than she usually would with Derry watching over her. Bookmark here

Aside from what she could do with the ingredients, she had something else at her side that she would usually never have with Derry around as well. A lunch bag! Inside were quite a few sandwiches, snacks, and really just about three full meals. If there was one thing Pecan didn’t like about working at the cafe, it was the absence of food on the menu. That day wasn’t going to be a day where she’d have to leave for food though. She was prepared to eat all throughout the day!Bookmark here

It was great. To Pecan, it felt like a lazy day, like the ones she used to have while working with her parents at their now-closed rental shop. Relaxing. Now, this usually isn’t a good thing to do when working, but it was such a lazy day that Pecan actually started dozing off. In fact, she did fall asleep for a short amount of time after eating her first two sandwiches and snacks of the day!Bookmark here

Almost as soon as the next hour struck on the clock, the air seemed to become a bit chilly. A sound caught Pecan’s attention and she gazed up at the ceiling. What was that? A familiar pattering began softly falling onto the cafe’s roof.Bookmark here

“Oh, it’s raining,” Pecan mumbled to herself. She stared at the door with her arms on the counter and her head nestled between them. “Anyone coming in today?” She started to imagine that no one would visit the cafe at all.Bookmark here

However, a man came running in with a bag over his head, using it like an umbrella. “Phew! It’s raining out there!” This was obvious to Pecan, but some people enjoy stating the obvious.Bookmark here

“Uh… yeah, that’s fine,” Pecan said, looking around a little lost on what to do at that point. She didn’t want to seem lazy while a guest was inside. A lazy employee is usually not a good look for a cafe, after all.Bookmark here

So, as time went by, Pecan continued working on spells. She was more cautious about what she was doing with the ingredients since someone was now there, but she still made a lot of progress!Bookmark here

Another guest shuffled their way into the building, waving to Pecan as she greeted them. “It’s so cold out there!” they exclaimed, wrapping their arms around their body as they walked to the front.Bookmark here

“I’d bet,” Pecan started. “But hey, what would you like today? And sorry, no magic drinks, if that’s okay.”Bookmark here

The guest perused the menu and pointed to their possible selection. “That’s fine. What’s in the Direction Tea?”Bookmark here

“Cherry bark and Assam with a mix of like agrimony, cat’s claw-- the vine, anise, and hawthorn,” Pecan listed quite expertly. As many would hope, her studying was paying off.Bookmark here

The guest was a little lost once they heard all the ingredients, but they decided on the Direction Tea. Pecan rang them up and prepared it for them quickly. If there wasn’t magic involved, then it was quite easy for her. That was something that Pecan was always happy about even if she had trouble with other things. It’s always good to appreciate any little success like that!Bookmark here

The guest took a seat and enjoyed their tea, leaving Pecan with nothing to do again.Bookmark here

She snuck a few bites of her next sandwich and started to feel the cold that was coming in from outside. She thought, “Hot chocolate sounds good right about now”. After a short while of her looking over the ingredients in the cafe, she decided that she would make some.Bookmark here

She began experimenting as much as she could. Everything was turning out chocolatey good! It’s hard to mess up hot chocolate-- not to make anyone who can’t quite get their hot chocolate to taste great feel bad, of course. “I can’t keep drinking hot chocolate or else I’ll get sick or something!” Pecan thought to herself, but it was just too good to stop!Bookmark here

Eventually, the first customer came up to the counter. “Hello. I know I said I wasn’t getting anything, but whatever drink that is just smells too good! What is it?”Bookmark here

However, seeing the man’s expression prompted her to want to appease him at least a little. “Or if you’re okay with it, you can uh help me taste test these?”Bookmark here

This delighted the man and he happily agreed. “Sure, that sounds fun.”Bookmark here

“Alright. And I’m Pecan.” Pecan poured a cup for Jesan and for herself. It looked like she would be drinking more hot chocolate anyway. “This one’s just cocoa and chicory, just because I like the smell of chicory”.Bookmark here

It was then that Merald came rushing in, shaking slightly and hunched over like he had been when Pecan had first seen him. He, too, came in with a bag over his head.Bookmark here

He smiled, making his way over to the counter as he watched Jesan drink the tasty-looking hot chocolate. “Hello, Pe-Pecan. Derry’s out today?”Bookmark here

“Yep. Sorry, no magical drinks today, but I can make anything without the magic,” Pecan explained.Bookmark here

“This is good!” Jesan said, taking a swig of the hot chocolate.Bookmark here

Merald was mighty curious and looked into Pecan’s cup, which she hadn’t touched since she didn’t want to drink in front of Merald. He might have wanted to order something, and drinking in front of someone who was trying to order would be rude! “So what’s… what’s happening here?”Bookmark here

“You’re free to join us if you want. It’s Pecan Plays Day, I guess,” Pecan offered, coming up with a name on the spot. It sounded mischievous, but she really wasn’t doing much.Bookmark here

Merald’s laugh shook him almost violently and he placed his bag on the floor. “Oh, I would love to try. It’s cold out an-- outside so a hot sh-- chocolate sounds inviting!”Bookmark here

With that, Pecan gave Merald her untouched cup. “Nice. Here’s the first one. Mostly just cocoa and chicory.”Bookmark here

Merald took a sip and smiled with a sway. “Very good!”Bookmark here

Pecan nodded, satisfied with herself. She was still celebrating those small successes! After jotting down a note about the mix on her paper, she said, “Good. Here’s another one…”Bookmark here

She brewed another cup of hot chocolate with sage this time. “How’s this?”Bookmark here

The men cautiously sipped the new hot chocolate and made a confused face. Sage is an herb with a very distinct taste, so it’s of no surprise that such a mix would cause them to pause.Bookmark here

“Not… not this one, Pecan. It’s ah… i-it’s a bit of an acquired taste, don’t you think?” Merald asked Jesan.Bookmark here

“No on sage, huh? Okay, let’s try this one.” Pecan made another hot chocolate. And another. The hot chocolates weren’t stopping. At some point, quite a few people were taking shelter in the cafe, sampling the hot chocolates! So many that Pecan started thinking that she probably should have charged a little. Using all those ingredients was probably more costly than she’d think!Bookmark here

Eventually, it seemed like everyone was agreeing on a certain brew. It was decided that once Derry returned, Pecan would have to ask her to put the winning hot chocolate on the menu. Pecan went ahead and served everyone one final cup of hot chocolate. With that, the crowd took seats at the tables and conversed amongst each other. Bookmark here

Pecan was just about ready for her next sandwich, but nearly jumped once she noticed how much mud had been tracked into the cafe! It was still raining, so that was to be expected. Pecan quickly mopped the floors where no one was standing or sitting. She didn’t want to mop over anyone’s feet after all. That would be quite rude. However, as people left and moved around, she mopped wherever she could.Bookmark here

And so, Pecan spent the rest of Witch Cafe Wisteria’s rainy day making warm, comforting drinks for any customers who came in to get away from the rain while cleaning up any mud on the ground. It turned out to be a much busier day than she had anticipated, but she enjoyed running the cafe on her own for the day.Bookmark here 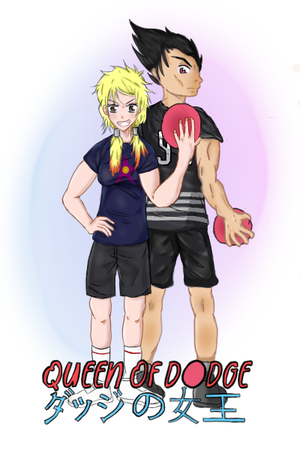