Once the last customers had left that night, the Ravens closed up the inn, dimmed a few of the lanterns and informed Mania and Mímir of what they had learnt, starting with Mania’s conversation with the adventurers.Bookmark here

“Why did you do something like this without coming to talk to me about it?” Mímir asked, exasperated. Bookmark here

“You were busy with ten guards at the counter!” Mania protested. “What was I supposed to do? Wait until you were done and then let them go without getting any information from them at all?”Bookmark here

Mímir sighed. “You are more of an idiot than I thought, Mania. Or perhaps this is an elaborate act and you want his majesty to fail.”Bookmark here

In a tiny fraction of a second, Mania had drawn her dagger and stabbed it hard through the table right before Mímir’s arms, less than a millimetre from his flesh. Bookmark here

“You can talk about my faults and failures as much as you want, but don’t you dare say that I am not the Demon Emperor’s loyal servant,” Mania muttered, a dark aura oozing off her body. “If you didn’t want this to happen, then maybe you should’ve been on the other side of the counter, oh wise and intelligent Mímir.”Bookmark here

Then, Mania grinned, showing off her fangs. “Actually, if your Ravens had been half-decent at their jobs, then they would’ve already uncovered information on all potential enemies in Stonefall by now. How many do you have out in Stonefall gathering information and books for you now? Three? Four?” Mania grunted. “And they didn’t discover anything new about the Sons of Tartarus or this Night’s Eye group. At least I learnt of their existence, their size and what they usually involved themselves in.”Bookmark here

“And in doing so have revealed that you are not the normal wife of a retired adventurer!” Mímir roared, leaping up from his chair. “You have learnt nothing of value and potentially compromised our operation, again! Do you understand the gravity of this situation even a little bit?”Bookmark here

“I understand that all we’ve done so far is gain basic little pieces of information and nothing else! We don’t know how many adventurers, mercs, guards and soldiers there are here, how many members of Tartarus there are and if anyone there could be a threat, and you want to yell at me for my failures?! We have gained nothing, Mímir, in weeks! We need to reconsider our strategy and we need to find out how strong our enemies are.”Bookmark here

“How do you propose to do that?”Bookmark here

Mania purred as a cruel smile crept upon her lips. “Simple. We do what we were already intending to do but on an even greater scale. We’re going to drench this city in despair.”Bookmark here

When Roland and his team returned to their room, Jessica, the team’s priest, sealed the room with a magical barrier that prevented sound from escaping and the others sat down on chairs or their beds.Bookmark here

“So, how’d it go with Louis?” Phillip, the vanguard with blonde hair, asked.Bookmark here

“No good,” Roland mumbled. “No matter how many times I asked him, he refused to tell me just how much he’d been paid for the Hierophant. I take it by that sour look that you didn’t have any luck with Steve either, Cain.”Bookmark here

Cain, the bowman, nodded. “Even when I said that I wouldn’t tell anyone just how much he’d been paid, he still refused. He just said ‘More than enough’ and that was it. When I was talking to him, it was almost like he wasn’t all really there.”Bookmark here

“How do you mean?” Jessica asked.Bookmark here

“You know when someone seems to be incredibly drunk or like they’re on some sort of drug or stimulant? It was like Steve was and wasn’t right before me. He sounded like him and spoke like him, but he didn’t act like him. He seemed…too happy.”Bookmark here

Roland’s eyes narrowed. “…That’s exactly what I thought about Louis as well.”Bookmark here

“It felt like Louis wasn’t all there, too. I ended up having to go to a brothel to find him and, even with a girl on either arm, he seemed too happy for someone in that position.”Bookmark here

“A man’s whose happy about having two beautiful women wanting to sleep with him? Who’d have thought?” Lucy, the swordswoman, asked with a wry smile. Bookmark here

“If he was that happy, why wasn’t he doing anything with them rather than just hugging and drinking with them? You’ve all heard the stories about what he’s like when he visits a brothel, right?” Everyone nodded uncomfortably. “He should’ve been on those two girls like there was-”Bookmark here

Lucy punched Roland on the top of his head. “There are women present, Roland.”Bookmark here

“Regardless,” Roland continued, ignoring the pain coming from his head. “He wasn’t acting exactly like he used to.”Bookmark here

“…From the way you’ve described him, it’s almost like he’s in a trance of some kind,” Phillip said. “Do you think he’s under the influence of something?”Bookmark here

“The prostitutes might have slipped Louis something,” Cain said. “However, that doesn’t explain why Steve was acting like that as well.”Bookmark here

“Is it possible that both of them are under the influence of some sort of spell?” Jessica wondered.Bookmark here

“Are there such mind-altering spells that can last for that long?”Bookmark here

Jessica shook her head. “Most only last for a few minutes and the longest they can ever last is about an hour. If Olivia and her husband bought the Hierophant when they said they did, that would mean that Steven and Louis couldn’t still be under the influence of a spell.”Bookmark here

“Only a demon could do such a thing,” Lucy said.Bookmark here

“Right,” Roland agreed. “You remember what I said after she left our table, right? That it was strange of her to be able to hear me speak in a hushed voice in a crowded inn? Demons are said to have much, much sharper senses than humans.”Bookmark here

“Demons have been extinct in Aangapea for more than a thousand years,” Jessica argued. Bookmark here

“Conjurers summon demons from other dimensions all the time.”Bookmark here

Jessica hummed quietly and, in her head, went through all of the different demons she knew about until she found one that could fit their hypothesis.Bookmark here

“…A succubus,” she whispered. “If a conjurer summoned a succubus or incubus, then they would be able to control the opposite sex as much as they wanted. Given that Steve and Louis seem to be under the influence, then-”Bookmark here

“Olivia is the demon and Curtis is the summoner?” Lucy asked. “Surely we would’ve noticed that.”Bookmark here

“Not if she’s a high-ranking demon. All demons are said to give off an eerie presence or aura, but she didn’t. If she was a high-ranking succubus, then it’d be possible for her to hide the fact that she’s a demon.”Bookmark here

“And a high-ranking mage would easily be able to reign in their magical power to disguise themselves as a normal human being,” Phillip added. “It fits.”Bookmark here

“Do remember though that this is purely speculation, everyone,” Cain said. “We have no way of proving or knowing that what we’re thinking is even true.”Bookmark here

“Then, shall we investigate this then?” Roland asked,Bookmark here

“It is, but there must be a reason that a powerful mage and demon suddenly wanted to take over an inn like that. If that’s the case, then they must have tricked Louis and Steve into giving up the Hiero for cheap so that they could use it for whatever purpose. If that purpose is to put Stonefall in harm’s way, then we must stop them.”Bookmark here

“Well, it’s not like we have any other jobs lined up right now,” Phillip added. “Jes? Cain?”Bookmark here

“It’s already a majority, but why not? I agree to this,” Cain replied.Bookmark here

“Damn. Such a shame.”Bookmark here

Before Jessica could say another word, a dagger pierced her back.

Roland and the others were too shocked at first to process what had happened, until Jessica vomited blood and collapsed face down onto the floor.Bookmark here 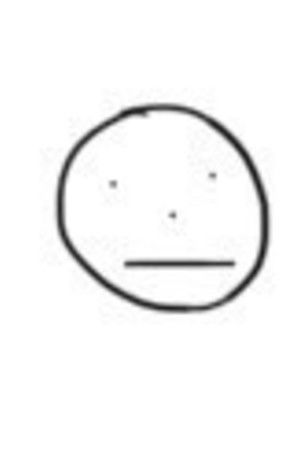 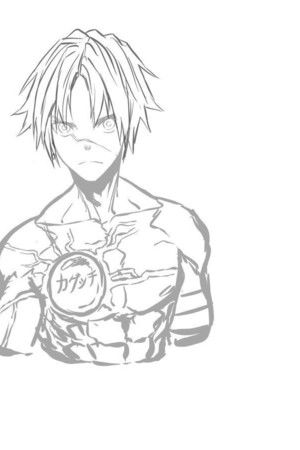