All twelve soldiers were left scattered on the ground around us. Bookmark here

Somehow I didn’t see the man that had jumped at us first among them. Where had he disappeared off to? Bookmark here

I could see someone else, however. A woman approaching us in the distance. Not just any woman, but one I had seen before, not long after I came to this world. Bookmark here

The very same woman who had been in charge of my test, also was the first time I had managed to use magic. Even if it had been almost entirely by accident. Bookmark here

She had seemed rather friendly at the time though, at least towards the princess. What was she doing together with this group of, in my opinion, rather murderous individuals? Bookmark here

I was ready to use magic if I had to, but waited until she was close enough that we would be able to hear her speak. Alena came over to stand next to me. Bookmark here

Eventually Elodia was close enough for us to hear her, and she spoke up. She looked down at the soldiers on the ground. Bookmark here

“What’s going on here? I believe I told you to ask the princess to talk with me… Without any violence. Unless you believe me to be blind, you did not follow my orders.”Bookmark here

No one responded. Partially because it was a rather uncomfortable situation, partially because all the soldiers were busy either being unconscious or in great pain. Bookmark here

“I am afraid it seems I must apologize for the disobedience of my subordinates. Now, I have been commanded to take the princess back with me. I would vastly prefer if you did not try to stop me.”

Could I beat her in a fight? At this point, I thought there was a genuine chance I would be able to. I was far from mastering my magic, but if I went all out I was still powerful. I could do far worse than what she had to me during my test. On the other hand, she could have been going easy on me back then. Bookmark here

While I was busy internally debating how to respond, Alena carried the conversation onwards. Bookmark here

“Elodia, I am afraid I must be the one to refuse your request. Bookmark here

“Princess, this was a direct order from the king. I do not have the authority to do anything other than what I have been told to, nor do you.”Bookmark here

“What would happen if I disobeyed?”Bookmark here

“You would have to watch a lot of unnecessary bloodshed, no matter the outcome.”Bookmark here

In other words, if we didn’t come willingly she was going to fight us for it. Some part of me had already anticipated as much. Bookmark here

This situation was still different from how things had been with the soldiers we had just defeated. They actually wanted us dead, a genuine thirst for our blood easy to read from their actions. Bookmark here

Elodia didn’t sound like she wanted to fight us. And she already knew the princess from before I came here. I didn’t know how well, but she was the only one aside from myself I had seen Alena show any semblance of affection towards. Bookmark here

Fighting her would be a very different undertaking from anything I had done before that. Unlike any of the other people I had needed to fight, I wouldn’t be able to convince myself she was a bad person or that she wanted to hurt Alena. All the evidence pointed to the fact that she wasn’t and didn’t, no matter how much things would have been easier if that had been the case.Bookmark here

“While the princess deliberates, I have some questions to ask of you, witch.”Bookmark here

Right, there came the witch thing again. Was a while since I had needed to deal with that. Bookmark here

“I will need assurance that you aren’t the same woman who was put on trial. I will ask you three questions, and you will answer honestly. Depending on your answers… Things may end up less than pretty.”
Bookmark here

“Lie if you have to”, Alena leaned in and whispered in my ear. Bookmark here

Three questions? I could handle that much. But would she even have any way of knowing if I was telling the truth?Bookmark here

“Before I begin, I would like to say that the mission was supposed to be carried out with you under the supervision of a trustable member of the royal military, selected by the king himself. The princess was never supposed to be a part of it, and that is why I must retrieve her.”Bookmark here

“Elodia, that is exactly why I felt like I had to be the one to do it. I do not trust anyone chosen by my father, as much as it saddens me to say so,” Alena chimed in. Bookmark here

“As much as I understand your reasoning, I am not in a position to question what I have been commanded. I will do what I must. If you wish to question anyone on the reasoning behind these decisions, your only option is to go with me and ask them yourself.”Bookmark here

Seemed like there was some internal tension going on in the royal military. Could be good to remember for later.Bookmark here

But first I had some questions to answer. Bookmark here

“Witch, I would have your answers. Can you attest that you did not willingly aid the princess in her attempt to escape from her duties?”Bookmark here

Kind of? I hadn’t known at first, but I probably wouldn’t have said no even if I had known. I also hadn’t hesitated to help her after she told me. No way I was going to accept someone being forced into getting married, no matter the circumstances. Bookmark here

I held back most of the sarcasm I wanted to respond with and gave the answer Elodia was expecting… Or at least the answer she wanted to hear. Bookmark here

“I was not aware of any of this. I don’t understand how you can view it as just, but I didn’t know, and I would not have aided her if I had.”Bookmark here

Was that good enough? Her expression didn’t give much away. Bookmark here

“Can you guarantee that you have not harmed any people that did not themselves try to injure the princess?”

That was a question I actually could have answered yes to while still telling the truth. At least if I only took it the exact way it was phrased. All of the people I had fought were because they tried to hurt Alena. Bookmark here

But if you didn’t take the question at face value, and instead as asking if I had caused any unnecessary damage… The situation became a lot more complicated. Bookmark here

I had destroyed half a city. No civilians had been in it, but there were other ways to ruin someone’s life than directly killing them. Bookmark here

I also couldn’t say if the soldiers that had been there actually had survived or not. I could very well have ended up taking the lives of several people that day. I could have killed them. There was no way to know save for finding them alive, and unless that happened I would simply have to live with the guilt. Bookmark here

In this scenario… Taking the question at face value was probably the wisest decision. Bookmark here

“Yes. Alena herself should be able to tell you as much.”Bookmark here

Elodia raised an eyebrow at me calling the princess by her first name, but continued her questioning. Bookmark here

“Can you sincerely say that your actions have not caused the princess any harm that would not otherwise have befallen her?”Bookmark here

I took a look around.Bookmark here

I hadn’t realised, but Alena’s feet were covered in burns. A wide circle of grass around where we had been fighting was… Or rather wasn’t, there anymore.Bookmark here

There were also the previous three times I had needed to fight using magic. At this point it was beyond self-evident that I had hurt in ways she would not have been if I hadn’t been there. There were countless ways to try to justify it, but none of them changed the truth. Bookmark here

Yet my words spoke to the contrary. Bookmark here

“I see. Some rather exemplary answers, indeed.”Bookmark here

But all of that wasn’t the important part. What would happen to me wasn’t what mattered. What Alena would do was. Bookmark here

“Alena, are you going?”
Bookmark here

“If you say that… I will leave the choice in your hands. I’ll stay with you, regardless of what happens. Even if you fight. Even if you’re forced to kill her.”Bookmark here

Until that moment I had hesitated. What would really be best, not just for Alena but for the both of us? Bookmark here

If she was okay with me killing someone to stay with her… It was probably for the better for both of us if we weren’t together. Bookmark here

It hurt to realise, but I had become more violent while I was with her. Willing to do more and more to stay together. I couldn’t keep going like that, especially if she wasn’t willing to hold me back from going too far. Bookmark here

“Just tell me one thing. Will you be forced to marry if you go now?”
Bookmark here

“Eventually? Maybe. But I suspect the fallout from my attempt at running away will take months to clean up. So no, at least not yet.”Bookmark here

Then I had my answer.Bookmark here

“Are you… Are you sure?”
Bookmark here

“Just go. Please. Or, no...”, I remembered the soldiers on the ground around us, “I’ll go.”Bookmark here

Instead she kissed me. On the mouth, briefly. No more than a second or two. Bookmark here

And then I turned around and walked away. Bookmark here

I heard Elodia leave some words for me as I left.Bookmark here

“All your words are clearly nothing more than lies. Yet, I thank you. You did for the princess what I could not, restricted by my duties. I will respect that and make sure you are left alone… Unless you come to the capital yourself. I cannot do much to protect you if you do.”Bookmark here

Alena would probably be safe with Elodia. Something told me I could at least trust her that far. Bookmark here

And Alena herself was no weakling either. She didn’t need me to protect her. Bookmark here

Once I was sufficiently far away, I laid down on the grass. Stayed there. Bookmark here

I’d need to get up at some point. It wasn’t like I wouldn’t see her again. I just needed to figure out what to do until then...Bookmark here

For the first time since I came to this world, I wasn’t guided along by anything. Didn’t have anyone to tell me what to do. Bookmark here

I was left not wanting to do anything. Bookmark here 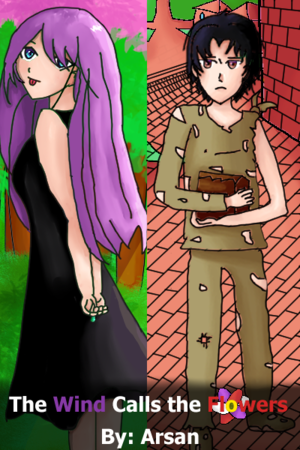