Rise Of The Ghoul System

A World where humans had explored countless places in the galaxy. Aliens or beasts were no longer a fantasy or theory, but who knew that humans would dare enough to first act friendly with them, and then soon later capture them, experiment with them, fuse their “D’N’A” with humans.Bookmark here

Of course, this was the work of the government, “The Government our one and only friend” as their motto was. Spaceships could go at *near* light speed, unstable portals were owned by the government. Titanium and Diamond weren’t any longer the hardest materials. The result was fortunate, and people gained abilities called “QUINXs”, but not all of them were lucky enough to get one. One needed supernatural inherited genes to bear the power from.Bookmark here

Ayden Ace Wayne is one of them, or the so-called losers who couldn’t contain a beast, looked down on in society.Bookmark here

(Some Paragraphs are the same)Bookmark here

All this was possible because on June 10th, 2021, a spaceship big enough to cover the whole of America collided with the earth. This was the biggest turning point for humanity. The Government and experts from all over the world inspected the Unidentified Flying Object as great immense energy was emitting from it.Bookmark here

The explosions hurt no one, but the crater the ship made was bigger than the ship itself, and the only conclusion was that it had some kind of force field. That theory was correct, as they needed to use one of the biggest EMPs to shut down the force field.Bookmark here

But that was only one problem solved, as the ship’s material and the technology itself was a bigger mystery. The technology was unknown to them as it was too advanced for any human on earth except one... A genius called Marcus Danbury cracked the code, and this was the second biggest turning point for humanity as they used years upon years to explore the UFO and getting further and further in. Humanity had soon gotten closer to the energy source in the ship, people expected and said their theories all over the media, most of them expected that there were “Giant Alien Bugs or octopus headed freaks” but to their astonishment, it was a floating, gigantic blue glowing sphere that within emitted great heat and energy.Bookmark here

The orb was retrieved and researched. The same man understood the unknown technology and cracked countless codes of security to retrieve the orb. “Marcus Danbury” figured out the big blue core and was successful to find out how great of an energy source it was. They made copies of materials of the spaceship but none of them were as perfect as the original. These orbs got the name “Chronomine Orb.”Bookmark here

The so-called orbs were a significant energy source and could last for years. Copies didn’t have near the amount of energy the original had. The copies soon got sold in the market and became and became a part of the society and used in everyday life, the advanced ones with AI and nano interface technology belonged only to the military and the government as they were the power-hungry, greedy, and lustful for total dominance.Bookmark here

Soon after the orb was retrieved, aliens or beasts known as the “Matrichers” were sent down to retrieve the orb as it was belonging to them and it was valuable to them. Luckily for humans, the “Matrichers” sent down weren’t too strong, and they could capture them and experiment on them. The experiments led to biochemical cell fusing experiments and 100 people who were willing to get experimented on and be used as a stepping place for humanity to evolve on. Out of “100” came only “7” alive, these were called “The seven keys” shortly after the experiments “the seven keys” died and abilities had shortly after vanished from humans and there were no chances of recreating them as the “First Matrichers” who had arrived had already died.Bookmark here

After abilities had arrived and shortly after died, humans had learned the unknown advanced technology, and not long after multiple places in the universe were to be soon explored. The dream of exploring Mars and inhabiting it was long done as they could reach farther and wider places. Aliens and beasts were no longer a fantasy or theory to anyone, as humans soon discovered them later on and abducted 100 of them. Luckily for humans, the “Matrichers” they had abducted were significantly stronger than the previous ones and again a hundred people willing to become a stepping place for humanity to evolve and rise to the top let themself be experimented on.Bookmark here

Of course, this was the work of the government, “The Government our one and only friend” as their motto was and said. Spaceships could go at *near* light speed, unstable portals were owned by the government. Titanium and Diamond weren’t any longer the hardest materials.Bookmark here

The experiment result was fortunate, and people gained abilities called “QUINXs”, but not all of them were lucky enough to get one. One needed supernatural inherited genes to bear the power of biochemical fusion. Ayden Wayne Is One Of These So-Called Pureblood ability less losers.Bookmark here

Unlikely, but the race called “Matrichers” wouldn’t just watch and let their brethren get abducted, experimented on, and die. We nicknamed the Intelligent beasts and monsters “Originals” as the human’s powers originated from even more unfortunate for humanity. The matrices were a race that was part of “The Seven Universal Kings” of those who ruled in the universe. They gathered together and created an allied force, called Netheriqal some humans sided with them as they were afraid to die in war, or they were just against the experiments that were done to them. These types looked down on like “traitors” in the eyes of humans. One big war had already taken place. Those in charge became desperate, as many humans deceased in the war. The new technology they had gotten had helped a big deal in the war, but mech’s and drones weren’t a superb replacement for humans and their abilities, but the humans were still in a critical position.Bookmark here

When teens turned 16, the government and the military forces got them sent to military academies in case the war would start anytime. Could there be another worse than the first... an all-out brawl within races and even worse, an all-out brawl with all the Seven Universal Kings”Bookmark here 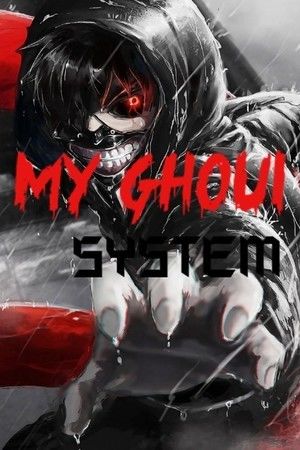 Rise Of The Ghoul System