Romon was very proud of his inn, the crossroads.Bookmark here

He had bought it many years ago, with his late wife.
Together they had worked day and night to make it into what it was today.Bookmark here

Romon had lived the life of an adventurer for most of his years, what is just an inn going to be to someone who has wrestled with dragons, he had thought.Bookmark here

But he soon learned there was no formidable dragon that could match the Crossroads.
The drinks, the tables and deliveries and the larder and the people and the trouble. He had fought them all, but they kept coming. Romon had never fought so much in his whole life.Bookmark here

But he and his wife had kept working, with patience and dedication, and in the end…Bookmark here

Romon looked to his daughter, raised a callous hand and made it rest on her head.
“We shouldn’t have sent Dust with those two, what if they…” she said.
Bookmark here

Romon looked into his daughter’s green eyes.
He was so proud of her, too.
Another splendid blessing that only effort could bestow.
She too had been fighting with him, doing her best even though she was so young.

Romon followed the trail of his daughter’s gaze to the counter downstairs.
The boy was doing his job as he had always.

That boy.
That boy was speaking to the two strangers.

Supposedly, they were friends many years ago.
Romon had sharp senses, sharper than most even in the animal world.
He could sense the power the two in front of the counter possessed, power acquired through a lifetime of sacrifices and accomplishing impossible feats.

An embarrassed silence had fallen over them, now.

Romon, who had sharper senses than most, had heard the exchange clearly.
Romon knew all too well that the two who were powerful, had hoped to see their friend just as they had imagined he would be. That they now faced the truth of what was seeded so many years ago and that had sprouted to the full extent that their expectation, their wild imagination, could conceive.

A wall too unsurmountable.
A distance too long to cover.Bookmark here

The common mistake he too would have made so many years ago.Bookmark here

“…he’s different, you know he’s not like us.”
Romon turned again to face Enrietta who had just spoken worriedly, as he began stroking her hair gently.Bookmark here

“Hush child. There is more than brawn in this world.”
He then raised his eyes to look at the ceiling.
Bookmark here

He could picture the day the boy had burst his way into their lives.
The day he had entered through that wooden door, just like any other patron...
Bookmark here

...how he had reached the counter, barely sixteen years of age, only to say:Bookmark here

"Hey, are you trying to kill that glass or clean it? There’s more than brawn in this world, how about hiring someone who knows how to clean dishes, uh?"
The boy had a gentlemanly smirk on his face and something in his heart.

“…there are many ways to be strong. Let the boy show us his.”
Romon traced his daughter's hair, ruffling them with a pensive smile.
Bookmark here

Sounds had begun streaming in from downstairs.
The knights and bandits were now settling inside ordering their drinks.
Patrons were streaming in.Bookmark here

The three were now laughing together as friends.
The walls so many others would have had trouble scaling, had amounted to nothing.
That was the power the boy had tought him existed. The power to change the perspective and to change the world with it.Bookmark here

The voice of the teller of tales.Bookmark here

The atmosphere was growing tense.
I knew they were a bit disappointed, but what can you do?
I’m not a hero or some kind of genius, I’m just a normal guy.
Bookmark here

And it’s high time I made these two remember that they are too.Bookmark here

“Buhfuh… fufufufufu.”
I began laughing under my breath. Nero soon noticed and questioned me.
“Uhm, master Dust… why are you laugh-“Bookmark here

“ECLIPSE BLADE!!! AHAHAHAHAHAHAH!”
As I burst out laughing at his ridiculous naming sense, Jezebell awakened from her stupor and began softly giggling too.Bookmark here

“U-uhm… m-master Dust, I’ll have you know that Eclipse Blade is a revered mistery of the faith, that many knights aspire to learn and cast…”Bookmark here

“GAHAHAHAH, EDGE OF CREED!!!”
Jezebell shouted. Her giggle had now turned into full-blown laughter in the face of the serious knight.Bookmark here

“I-I DON’T WANT TO HEAR IT FROM YOU, BLOODY COMET!!!”
The two lapsed back into bickering, but something had changed.Bookmark here

“Eheh, well at least I only name my most powerful moves…”
They were not calling each other’s names, they were not physically provoking their rival to a fight.Bookmark here

“They are holy spells, prayers of my faith! They are not “moves” and chanting their name is integral to their casting!”
They looked like friends, sitting at a bar.
Bookmark here

“Come on, drink up. It’s on the house.”
The two interrupted their dispute as I pushed two mugs of ale in their direction.Bookmark here

“Master Dust, we can’t possibly…”
“Eh. There’s one for me too, obviously. Don’t tell my boss.”
They looked at the mugs indecisively for a moment, not knowing what to do, then, Jezebell finally smiled.Bookmark here

“Eh, don’t know about you noble-boy, but I never turn down free ale.” She grabbed her mug and began gulping down the golden liquid it contained.
Bookmark here

“I guess I can see it as a donation, then…” The knight finally grabbed his glass, and raised it in a big gulp.Bookmark here

“You outside, you’re blocking the door, you know? We’re expecting a lot of clients tonight!” I said at the half-opened doors.Bookmark here

The knight captain and the bandit second in command fumbled at those words, falling right through the opened door, into the entrance.Bookmark here

The two drinking friends at the counter turned their gaze to look at their frightened faces.
But they smiled warmly, something that was obviously novel for the two lieutenants, then they exclaimed in unison…
“What are you doing, men?! Come inside and get your drinks!”Bookmark here

A joyous roar erupted from the knights and bandits waiting outside as both groups flooded the inn, taking place at the tables.Bookmark here

Romon and Enrietta came to my aid as the first adventurers returning from their long journeys, drawn by the bustle and lights, began trickling in. Some of our usual patrons were growing livelier too, sharing their drinks with the holy soldiers and outlaws both.Bookmark here

The first fireworks trailed a sparkling arc in the sky exploding into countless coloured shapes, signalling the start of the midsummer festa for all to see.Bookmark here

I raised my glass and took a swig of ale. My shift was all but done.
When so many people come in at once, there’s no time to wash the dishes…
Guess I’ll have to stay this side of the counter for the night.Bookmark here

Romon was very proud of the crossroads.Bookmark here

Even as cracked and battered as it was after the battle, it still stood prideful and welcoming throughout the long night of festivities.Bookmark here

The sun was about to rise in the horizon and the festa was about to wrap up.
Even the city of Epoch felt almost groggily relaxed as the last pyres puffed their soft smoke offering their final goodbye to the ancestors smiling from the heavens.Bookmark here

The night had been tiring. The patrons had been many more than he had expected.
But everything had been just right.Bookmark here

He turned to look at the boy polishing the last glasses in the kitchen.
He didn’t even finish that mug of ale.
He had worked a lot to keep up with tonight’s guests and he was finishing his last batch of dishes with a relaxed look in his face.Bookmark here

Romon then looked at his daughter.
She entered the kitchen with a serious look over her face. She poured another batch of dishes in the sink and turned to leave the room. The boy groaned, said something to her with a wicked smile on his face and then she closed the door behind her, a warm smile was now coloring her expression.Bookmark here

“There’s more to this world than brawn, indeed.”
Romon whispered to the rising sun.Bookmark here 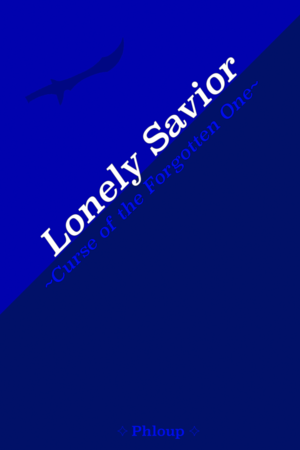 Lonely Savior: Curse of the Forgotten One 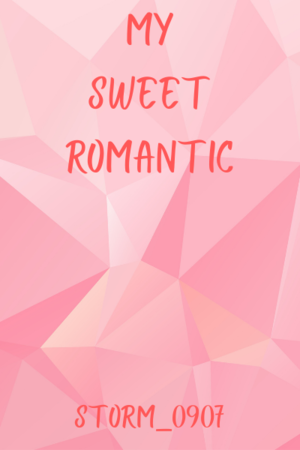