Hello reader and thank you for your interest in my novel, Everstream 01.ribbon.Bookmark here

Before you begin reading this book, I would like to give you some important details that might be lacking within the story, as well as give you some context about why I am posting this book online. This preamble is not necessary for you to read the book, however, it may improve your enjoyment of the book. You can, of course, skip this part now and come back to it later if you’d rather just test to see how you like the book first.Bookmark here

Back in 2012 I had decided to begin writing this book. I had set out with no goal other than “sci-fi with light hearted moments and it doesn’t take itself too seriously.” I, otherwise, had no plan or outline. Unsurprisingly, without much of a plan for its writing, it became a multi-year long project that resulted in many rewrites (And, possibly, a deviation from that “doesn’t take itself too seriously” plan).Bookmark here

Finally after 5 years of working on this project I finally completed the story. There was still a lot left to do, many edits, typos, and adjustments to make to the story, but at the very least I was happy with the story beats from A to B. During my editing process, I reached out to artists in hopes of making the cover art I envisioned come to life.Bookmark here

My first artist, I - after a few years to let things stew and armed with hindsight - was a bit rude to. At the time, it seemed baffling to me, but now quite understandably she resigned as my artist with the project dead in the water, incomplete.Bookmark here

A year passed by and I was fortunate to stumble across a local published manga artist. Communicating was tough – needless to say our meetings were very long and yet we said very little. In the end, she was at least able to complete all of the character designs (The designs that I used for this published cover). Unfortunately, things got a bit lost in translation when I asked for an adjustment with a character – a character was missing their weapon in the design - I used the word, “phallic”, to try to describe one of the character’s weapons. Due to the language barrier, I tried using a simpler vocabulary to help her understand what phallic meant, however she found my explanation vulgar and sexual and decided to resign from the project before completion of the cover art.Bookmark here

Two artists, hundreds of dollars spent and wasted, not to mention countless amount of hours spent browsing thousands of portfolios looking for the perfect artist, reaching out to artists, and subsequently, planning and coordinating meetings and discussion of the art, all for that time, money, and effort to be wasted. With the resignation of my last artist, I took the one and only printed copy of the book, and placed it on my shelf, where this 6 year project has now been languishing and collecting dust for the past 2 years.Bookmark here

It was very recently I started a new job. My coworker – whom, despite being a crazy dude with some pretty controversial beliefs – is an incredibly supportive guy. After telling him about the story, he suggested that, at the very least, I shouldn’t let the 6 years go to waste and I should publish the novel online. Well, I thought, he’s probably right. I’ve actually had this website bookmarked for a long time because I had planned to publish samples of the book on this website once it was completed. However, now I think I will just publish it in full.Bookmark here

However, it’s worth mentioning a few things. You need to keep in mind, where I left off in the work on this book, I was doing final edits and adjustments.Bookmark here

While I am certain I corrected 99% of all the typos, there are still some huge parts of the story that I blocked out to be removed or changed entirely, but these changes were never implemented.Bookmark here

The first thing to keep in mind is that I am very light on description. I always tried my best to make sure 1) most explanation of things or characters came from dialogue and not an omniscient narrator (with some exceptions) 2) Character dialogue flowed naturally like a proper conversation, so I avoided stilted exposition like the plague. The unfortunate side-effect of this is that since I am not a skilled enough writer, many key concepts for the story were explained poorly or not at all, while other concepts were explained in bread crumbs strewn throughout the story that requires the reader to keep track of each breadcrumb making it very difficult to track these concepts. If you would like to read the story as intended, then beyond this point I recommend that you stop reading this preamble. If, however, you would like to fully understand some key concepts of the story, I will explain these below.Bookmark here

Everstream – The Everstream (which is scientifically referred to as the “Higgs Planal” found in the first chapter) is a secondary layer to our universe. If our existence constantly wants to move towards a state of entropy (matter naturally wants to break down to its simplest components), then the Everstream is the opposite of this layer, where matter naturally wants to build up into complex components. They are not separate universes, but 2 layers that comprise the universe, and therefore, there is a natural interaction between the 2 layers.Bookmark here

Homer & Trisha’s Chapters – These chapters have had the most sections blocked for rewrite, primarily due to Homer. Homer was originally intended as a character to be “revealed” in a possible sequel. While I enjoyed Trisha’s interactions with Homer, it became apparent that the “sequel” wasn’t going to happen, which left Homer in a weird place where he exists, but is never explained how he is able to do what he does. I was going to cut these sections and add new interactions between Trisha and the final bad guy so that first, it doesn’t feel like the bad guy comes out of nowhere, and second, it helps readers understand the bad guy as well as the Everstream and Hallowed Daughter concepts more. Unfortunately those changes were not implemented. So as it is, I can at least explain in short what Homer is: Homer is part of the third race, which is a race of people that can shape-shift. (Also, as the years have passed by, the more I’ve grown to dislike this concept as a whole, regardless of if there was going to be a sequel or not – all the more reason to cut it and replace with the new interactions between Trisha and the bad guy.)Bookmark here

The Political Tension – While I believe the majority of it is easy to understand from what is told to you in the book, one key point which is only brushed by swiftly maybe once or twice in the book is that things between the 2 primary parties, the GIE and the Federation, were largely neutral up until a few years ago there was a notable and sudden shift in GIE aggression. If I had drawn more attention to this point, then the ending part wouldn’t feel so sudden.Bookmark here

I will try to remember to post a new chapter every week, but I can't always guarantee it due to work schedule. If a chapter is longer than the character limit on this website, then I will break the chapter into parts and I will try to post the second part within the next 2 days.
With that said, I believe that covers all of the necessary information before diving into this book. While I know the book is not perfect, it was a huge part of my life, and it is something that I will always love dearly. I hope, despite all its flaws, you too can love it, and maybe one day I can make that sequel. (Homer will still be cut).
Bookmark here 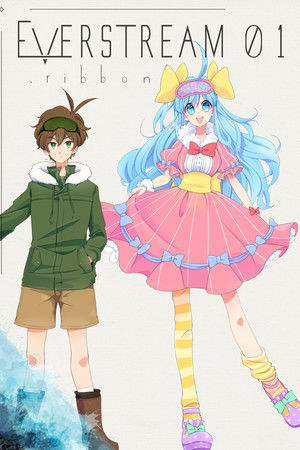