ARE YOU SURE I'M FINE?

The mother, whose eyes were dried from grief, stood next to her empty stroller and smiled.

Two friendly women, fragile and wrinkled from age, blinked their minuscule eyes before waving with such cheerfulness at my direction.

A boy, perhaps no older than an adolescent with scars on his arms, stood tall and confident. He bowed before the greeters, before excusing himself to cross the pavement we were in.

"GOOD JOB FOR ASKING," LROP placed her skeletal hand on her chest, "REMEMBER, WE ARE BEAUTIFUL."

"WE ARE BEAUTIFUL," KIP followed.

And so did the boy.

The three suddenly turned their heads simultaneously toward me with their uncanny display of shiny teeth. Well, except LROP.

Her smile turned into a frown for a split second, before she scratched her neck and revealed her nasty set of black teeth.

The calmness in her voice struck the wrong nerves within me. Something is clearly off, but I simply can't put my finger on it. My glance bounced between the three as I struggled to comprehend the necessity of repeating a meaningless statement.

"GOOD JOB!" And then, everyone clapped.

And by everyone, I meant the neighborhood that watched me this entire time.

From their windows, their doors, their front yards; bodies of cheerful neighbors dramatically clapped over one sentence. I just realized everyone's homes look plain, but if there was a strange occurrence that I had to nitpick, it was how everything looked equally structured.

Shortly after I arrived at the borders of their land, LROP and KIP took turns explaining the rules and regulations of what makes their place a special and happy city. They said this was a safe haven for those who were condemned by societies outside of theirs.

And that as long as every person encouraged each other's well-being with positive reinforcement, everyone will be happy.

But the confusing part struck me like an alarm bell that refused to leave my head. As the greeters instructed me to follow them, countless individuals of all colors and ages felt the need to welcome me like some kind of celebrity.

As the sounds of endless clapping and cheering rang into my ears, I watched the smile on LROP's face turn into one of disappointment.

For she stared at a direction different from the rest of us. In a posthaste, everyone regardless of where they stood turned to see what LROP was witnessing.

And saw KIP, who apparently walked away in the middle of the celebration and knocked down a civilian covered with tears.

This young man was unbelievably frightened. His hair was a fat mess and his attire was unironed and wrinkly, which contrasted everyone else's tidy clothes and neatly brushed hair.

"Please! I beg of you! It was a mistake! Just give me the pills, I'll take them, please!"

KIP scanned the man's bracelet. That was the first time I discreetly turned to look at everyone's arms and noticed the accessory.

"#64, YOU HAVE A HISTORY OF SKIPPING YOUR PILLS. RECITE SECTION I OF THE BASIC CITIZEN RULE."

"T-This is my home, my happiness, and my family! Any engagement prohibited by our Leader will result i-in severe punishment!"

A few of the neighbors gasped. My eyes glanced over at LROP, who slightly shook her head in disapproval.

KIP tilted his head. "SOUNDS LIKE A PARAPHRASE. WHEN IS THE LAST TIME YOU TOOK YOUR AFTERNOON PILLS?"

"Why can't you monsters just let me go!"

Poor #64's yells signaled for LROP to approach the duo. He turned to her, his mouth dropped as his eyes were paralyzed with fear.

Every second of this encounter only enhanced my confusion. Realizing a few neighbors saw my expression, a few of them whispered to each other.

Perhaps, something about being new, and the lack of a bracelet which I assumed to be a device to keep everyone at bay, started to worry them.

The man started kicking, but KIP had kept him on the ground with a locked position. I watched as LROP squatted to grab #64's face and forced him to look at her at eye level.

Whatever LROP's expression was must have been terrifying, for #64 screamed and struggled to push LROP away with his legs. The girl shoved a few pills down his throat, and without water at that.

God, the sight was unbearably painful.

After his futile efforts went nowhere and the pills seemingly took immediate effect, the man's head dropped. LROP stood up and nodded to KIP, who returned the gesture and dragged the man out of sight.

Then, she turned to us, her black smile glistening under the light rays of the sun.

"#64 WILL BE DEALT WITH ACCORDINGLY. IN THE MEANTIME, I APOLOGIZE TO YOU, AND TO OUR NEW FRIEND, #21, FOR HAVING TO WITNESS THIS. REMEMBER, WE ARE BEAUTIFUL."

The neighbors' eyes towered over my presence, almost begging for me to repeat after them. I raised an eyebrow but decided to not question it at a time like this.

I was about to say it until a middle-aged woman sauntered to the front of the crowd and went on her knees to bow in front of LROP.

"LROP, IF I MAY HUMBLY ASK OF YOU TO CONSIDER- NOT THAT I AM QUESTIONING YOU OR OUR BELOVED LEADER- THAT BY THE CHANCE OUR NEW FRIEND WITNESSED THIS HORRIBLE UNDOING OF OUR PRACTICES FROM A MAN WHO REFUSED TO FOLLOW ORDER, ON WHETHER #21 WILL BE-"

"YES," LROP interrupted, her uncanny smile never changed nor did I count the number of times she blinked, "#21 WILL BE TOTALLY FINE." 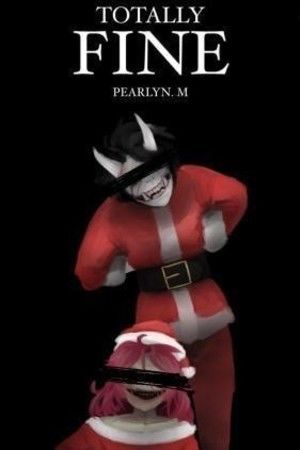