The blinding oval shaped white-light finally dispersed into puff of plain sparkles - Returning the small wood-lined study of Pierre Havelock back to normal - Well except for its new inhabitant;Bookmark here

"Ah-ha a civilian, how lovely and one with quiet the nice lodging I see - Good for you good sir. Now if you don't mind could you tell me where I am mayhaps?" said the girl with the stark white hair.Bookmark here

Pierre stood awestruck for only a moment before leaping into action.
Before him was a woman in her early twenties at most, with some of her hair tied in a neat braid and the rest left to hang loosely behind her shoulders - All of it completely pure in colour. Bookmark here

She was dressed in a mixture of brown and green leather armour, the light sort that allowed for a great freedom of movement - Further a red cape was swept across her dainty but clearly strong shoulders and an ornate sword hung at her hip.Bookmark here

Pierre had stood from his chair and begun to circle the girl much to her bemusement;
"What are you doing good Sir? Is something the matter, have you seen a phantom?" She exclaimed while turning her head around to follow the odd man's investigation.Bookmark here

"Silence girl, enough of that ridiculous 'Sir' nonsense. Tell me how in God's name did you proform that light show just now Hmmm? I can't see any hidden equipment..." Pierre mused, rifling between his own shelves of books in search of an answer - "For that matter how did you get past the guard on the front-door eh? I swear you fans get ever more dogid."Bookmark here

He seized his searching and sat back into his leather armchair with a sigh, staring up at the now thoroughly confused young women;
"Well?! Have you no answers, are you that star-struck woman? I would begin answering promptly girl unless you would like me to call the police post-haste!"Bookmark here

The girl rose one of her 'Admitanly pretty' eyebrows in confusion;
"And what cause would you have for calling the local-constabulary my good man?
You seem to be under some degree of distress. I apologise I should introduce myself - My name is the Lady Aardig - First knight of the land, living Saint of the one Church, premier adventure on the entire continent and slayer of the grea--"

For a passing moment Pierre's heart fell, his ears seemed to ring with an eerie noise, his mind raced.
'She's not real, this is just some stupid prank, compose yourself man!'Bookmark here

"Enough!" he stated sternly causing a rather hurt look to come across this 'Aardig's' face, said face was something of note to Pierre.
It was, put simply, wrong - The eyes were slightly too big & emotive, the smile and nose slightly too petite, the skin too clean and pale - 'That's it, she looks just like the poster!'Bookmark here

"I'll admit, your 'Cosplay' is it called? Is really quite admirable but I think this little charade has gone far enough don't you? What is it you want, signed copy of the book? An interview?
Well spit it out girl?!" Bookmark here

'The Girl' scrunched her smooth face into something of a frown; "But I am the Lady Aardig and what is this 'Cos-Play' you speak of?"Bookmark here

"Oh God, your not one of those who character-acts are you? The ones who pretend to actually be from a medieval society are always the most annoying." Pierre sighed with an air annoyance.Bookmark here

"But I really am--"Bookmark here

"No You Are Not!" Pierre had bellowed the words which abounded intimidatingly off the small walls of the study;
"Now look here, this isn't funny alright? I don't know how you got in here or did that whole portal thing but you are not a character from one of my books understand?
For pity's sake why am I telling you this, it's surely the job of your therapist to quell these delusions no?"Bookmark here

Pierre rubbed his fists against his wrinkled forehead in frustration, more than a little tempted to reach across for his phone and ring the police on the lunatic fan before him;
"Alright then answer me this, if you are Aardig then why do you have such 'pronounced assets' hmmm?"Bookmark here

The girl flushed a bright crimson shade, rapidly taking half a step back - She crossed one hand in front of her 'Sizable but not excessive' chest and the other hand atop the hilt of her sword - "H-how dare you Sir! You are an utmost scoundrel!"Bookmark here

"Oh spare me the dramatics. Fact is your chest proves it!" Bookmark here

"Y-you speak of a l-ladys bossom with such flagrent disregard!? What in the Sun's name do you hope to 'prove' with such depravity?!" - The girl replied, hand still firmly grasped on her weapon, face still reddened.Bookmark here

"It proves--" Pierre said, his voice now subdued and quickly growing uninterested, "--That you can not be Aardig. Aardig was androgynous and you are, well, most certainly a young women."Bookmark here

As he said the words he pulled open a desk draw, shuffled through it for a moment before drawing out a long tube of paper and unfurling it in front of his intruder.

The girl calling herself Aardig blinked mesmerised by the thing;
"That's me! It would seem you are quite the artist along with being a perverted scoundrel.
Tell me how did you draw it so quickly and those colours, they are truly magnificents!"
She exclaimed, removing her hand from her sword's hilt and instead leaning in closer to better observe the poster Pierre held before her.Bookmark here

Mr.Havelock scowled, while doing his best to avert his gaze from Aardig's now (owing to her leaning forward) extenuated - 'What did she call it? Oh yes, her extenuated Bosom.'Bookmark here

On the Poster was a 2D version of the girl with the white hair - Or more accurately the girl was dressed to almost identically match the person in the poster.Bookmark here

"Alright I'll spell it out if I must. This here is the poster done by the Japanese PR team for my book.
They believed using an anime aesthetic would bring in a larger crowd, hence this 're-imagining' of the Lady Aardig - However the real lady Aardig was not nearly so feminine - Ergo, you girl have copied a fictional character of my devising, so no matter how impressive your special effects and make-up, you can't possible be the real St.Aardig, Ha!"Bookmark here

The girl looked from the poster to the beaming-smug face of the man holding it, completely at a loss for what he was pratling about.Bookmark here

Pierre however now seemed to of completely lost interest in the girl herself and instead become lost in thought on other matters;Bookmark here

"I mean it is actually somewhat interesting. You see I've been studying some Japanese culture ever since we started selling the book there - Point being that the youths of Japan have this concept called 'The Waifu', fictional Cartoon women who they fall deeply infatuated with--"

"--They take these characters from television programmes and project all the traits they wish they could find in a man or women onto them - In effect they create in their minds their idealised spouse - But in this case, St.Aardig is an actual creation of my own so what would that therefore make you, Hmm?
An idealised sexual fantasy of my own writing come to life? I wonder if the Japanese have a seperate ter--"Bookmark here

"Your What?!" 'Aardig' proclaimed, she had now leaned back away from the poster, her face darkened.Bookmark here

Pierre didn't bother looking up to respond - That would prove to be a mistake - "Hmmm? Oh indeed, your a waifu yes?
Well a girl dressed up as an 'imaginary tart' whom has snuck into my house to attempt seduction via a fantasy metaphor - Honestly there must be more dignified ways to get an autograph from me then this. And I might add your 'rear-assets' are far to highlighted in the get-up - Completely out of scale compared to the real Aar--"

'Pierre Havlock OBE' couldn't remember the last time someone had dared smack him across the face, nor the last time he'd seen someone with an offended blush so deeply burgundy - What he did know was that he'd never been hit harder in his life, well not in this current life atleast...Bookmark here 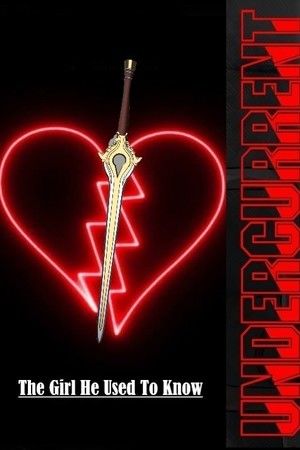