"Cassie!" Jamie cries out with immense hope in his voice and tears in his eyes, only to see that he's alone.
It was just a dream, and of course he knew it was. He pulls out a small photo of Cassie, she was a beautiful girl, with shoulder length blonde hair and big round green eyes.Bookmark here

"Happy Birthday Cassie." Jamie says with tears welling up in his eyes, its been a year since everything happened and Jamie has been alone ever since, in fact Jamie hasn't seen any human life in the year since it happened. "I'll go out and see if I can find some birthday dinner." Jamie says to the photo. Bookmark here

Jamie gets up and looks into the cracked mirror in the corner of the shed he's been living in for awhile now, he's a small kid about 5'7 and he's about average build, his blonde hair is almost as long as Cassie's in the photo now.  Jamie grabs a gun that he keeps next to his bed and a duffel bag he keeps on the stool that he uses as a table in the middle of the small shed. Everyday he thanks his lucky stars that whoever owned this shed before the event kept it well stocked up on ammunition and plenty of water.
Bookmark here

With one more look back into his shack he heads out. Everything is quiet, almost as if he lives in a bubble. Jamie looks out at the ruins of the city that he used to call home, the plants made short work of reclaiming the planet in the year since the downfall of humanity, there are collapsed building everywhere, abandoned cars, honestly Jamie was kind of impressed at how accurate some of those old doomsday movies were.Bookmark here

After hours of searching  Jamie hasn't found anything, "It's getting dark, I probably need to start heading back." Jamie says as he turns to head back to the shed but just as he starts to head off he hears rustling in the bushes behind him. He turns and out of the bushes hops a rabbit, Jamie's heart starts to race with excitement and he starts to crouch down slowly to see if he can a better shot at the rabbit but as he's kneeling down he stumbles and startles the rabbit sending it running off in the other direction.
Bookmark here

Jamie is determined not to let this chance at a meal get away so he sprints off after it, after awhile of running he comes into a clearing, a clearing that he is surprised to realize that he's never seen before despite having been around this area countless times, he explores the area a little bit and comes across a weird small metal door in the ground and letting his curiosity get the better of him, he opens it and descends down a rusty ladder.
Bookmark here

At the bottom of the ladder was a small dirt room that was empty besides a wooden table at the very back of the room. Jamie walks up the table and sitting on it was a piece of paper with a lot of weird symbols, it had some writing on it as well. You can have her back. just find Dante. Jamie is confused by this but he for some reason that he can't explain he just knows that this note was meant for him. He folds it up and sticks it in his pocket, turns, and heads back up the ladder only to see that the sun has set and its dark out.
Bookmark here

"Shit." Jamie exclaims under his breath "Shit. Shit. Shit. Shit." Jamie hurriedly and quietly rushes home and quickly comes to a stop just as he reaches the tree line he was at before running after that damned rabbit.
It's one of them, A giant humanoid shadow figure about nine feet tall is lurking just about 100ft away from the tree line, It has long arms that can morph into just about anything that the creature needs it to be, it's scanning the surrounding area with its disturbing human like eyes, which seems to be the creature's only facial features. Jamie could easily just head back to that hole in the ground but he refuses to leave Cassie alone, even if it is just a photo of her. He refuses to ever do that again.Bookmark here

TO BE CONTINUED Bookmark here 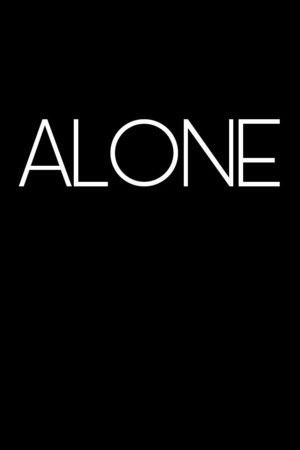