Just any old boring day for Joe in Auriel Academy. He goes to all of his classes and hangs out during break and lunch with his girlfriend Eily and waits till the end of the day for that loud ass bell to ring so that he can go home, which it eventually did after that long 5 minute wait. But after the bell rang he received a text message from Eily

''Wanna meet after school I want to talk'' Texted Eily

''I'll tell you when you arrive, I'm at the park'' Texted Eily

With some kind of excitement about this 'talk', Joe rushed as quickly as possible towards the park it was just across the road from school, as he almost gets hit by cars which causes the annoyance from drivers.

''You could've been killed'' the drivers screamed at Joe

Joe ignored the screaming from the drivers as he reached the park. He saw Eily sitting there all by herself on a bench. Joe hesitantly walked up to Eily with a kind of excitement, but then she drops him a bombshell of a message

''I wanna break up'' exclaimed Eily

''What Why'' Joe responded

''I don't think we were meant for each other'' Eily replied

As Joe miserably stumbled home, he was thinking of the things that he could do to improve and change about himself so that Eily could get jealous.

These were all just thoughts in Joes head, as he would often never complete the tasks within his thoughts, Joe hasn't changed as a person for a couple of years now as he still has the same haircut and wears similar clothing every single day.

Joe pulled out his keys and opens the door to his house. No one was home again today with his parents being busy working when Joe goes to school at 8 and usually coming back past 9 in the evening.

Joe never seemed to be close with his parent and has been alone for most of his childhood until 3 years ago when he met the neighbours kid who was the same age as him who also enjoyed playing football.

''Hello my name is Ruben, what is your name'' Ruben stated

''My name is Joe, Ruben do you also play football?'' Joe replied then responded with a question

''I've been playing football since I was 5 and I play for my school, what about you Joe how long have you played football for?'' Ruben replied then also hit back with a question

''You can never get as good as me, I can do this flick with my heels that always tricks the defenders'' Ruben showed off his talents to Joe

''I was so close, maybe I could pull that skill off one day just like you'' Joe claimed

''I was wondering which secondary school you were going to?'' Ruben questioned Joe

''Auriel Academy, what about you'' Joe replied

Joe was never as good as Ruben was at football, due to Joe never getting any better than he already was, he's been a benchwarmer ever since joining secondary school and would only get game time whenever a player gets tired or injured so usually limiting his game time to around 35 minutes max.

Whereas with Ruben he got better and better to the point that he's been called the next English Neymar by journalist and commentators, as he increased his flair and razzle-dazzle skills for the past three years.

As Joe sat on the bench witnessing his best friend get praised for his talent and skill, which he was happy about but was also upset that he never fulfilled the promise that was made three years ago. Which was to eventually dominate the secondary school football scene and play together.

With Joe broken down he began crying in his room, hunched up for a hours then suddenly his phone rings with an unknown phone number.

''Who is this?'' Joe answered the phone call and questioned the caller

''This is coach'' Coach replied

''How did you get my number?'' Joe was confused

''I got it from the schools football team, you all had to fill in a phone number before joining''

''What do you want?'' Joe starts questioning even more

''Wait what, right back did I hear correctly'' Joe phrased

''Yes right back, I think Eric might be able to help you out if you train with him since you are a well rounded midfielder already and with a added technique to your passing game." ''This could get you to that next level to where you become a starter for the next tournament''  Coach expressed

''So Joe, will you train with Eric or stay as a benchwarmer'' Coach phrased 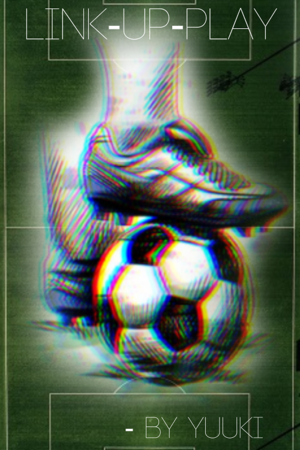