I saw Edward approaching where I stood, pulling my arm, and taking me to our table.

"Hey Marco Fernando, what are you doing? People are looking at you. Behave my friend okay?"

I only nodded and started to pour a shot of tequila, with salt and sliced lemon, and three slices of beef steak. Then, I ate the kinilaw and gulped a bowl of soup. I was satisfied and contented that I asked Edward to order more.

"Hey, Marco!! Stop it...stop!! What's your problem, my friend?" Edward angrily asked. "What happened to you? Are you crazy? You don't have money in your pocket... Okay, let's go!"

We left the disco house and headed to Edward's boarding house. I sprang my body on a sofa to sleep when we arrived. Edward brought me to the bathroom, pulled my clothes off, and opened the shower. The cold water began to absorb my drenched flesh and soul, felt the freshness of the morning regaining the normality of my being. I dried myself on the sofa without toweling the excess water on my body.

Edward appeared in my view coming from the kitchen, holding a bowl of hot water, a hand towel, and a brief. "Marco, here, put on your brief...who are you, Pinoy Tarzan?"

I silently immersed the hand towel in a bowl, squeezed it, and rubbed it all over my body; starting from my face down to my toes. I felt relieved. Edward gave me food to eat while he seated himself in front of me.

"Are you alright now? What's your problem? Tell me. If you're acting like this, I knew you have. What is it? Tell me...so that I could give you...solutions. Come on tell me?"

"You know what? Yesterday morning, Governor Gustilo met me at the Sugarlandia Hotel, offered a bag of money to marry his daughter Danielle...and I can't decide who, what, or why! With my battered situation right now...I think...I have to accept the money...but...."

"You didn't accept the money? Why?" Edward bolted from his seat and held me on both shoulders. "Marco, that's a blessing from heaven! I mean, that's your opportunity...grab it, Marco Fernando! Oh...friend...my best friend...!!!" Edward exclaimed. "So, when will that be? Next week?"

I only nodded looking at him expressionless. With that huge sum of money, I could help my friend and family, but how? That sum of money too was the payment of my freedom, payment of my soul, and marriage to Danielle Gustilo. Marrying her means comfortable life? Where's she right now?

The next day, it's raining outside, alone in my room which Edward provided for me. He asked me to transfer to his boarding house, to save from the house rent, food, and daily consumables. And, a temporary shelter for me, while I was waiting for my next meeting with the Governor. That day, Edward's on duty. The more I stayed inside the boarding house, the more I wanted to release my energy. Without much fussed, I took off all my clothes, carried the dumbbell, and began the basic way of exercising muscles. The rigorous exertion took off those energies that lived within me for the past two days. Still, the thoughts of Danielle and Ayah Isabel still lingered.

I reminisced the time with Danielle; that lovely and silky skin, which made her, captured my insanity. She's beautiful, modesty aside, the kind with a strong disposition. The world will stop when her loveliness exudes no boundaries, a woman with the power to capture a man's imagination into the world of ecstasy. How I missed that first night with her!

Switching my mind to Ayah Isabel gave me another dimension of my soul. She was inside of me, I felt it. Never had I felt so beautiful when I imagined her. The charisma in her being bewitched my whole being. A kindhearted Ayah Isabel, meek, and had the power to intertwine our souls together. A majestic beauty folded unto my wings slowly proffered unto my heart and gradually exploded onto my imagination. She had the magic and all!

Lying alone thinking about these two women made me forbade for whatever I have had in my life. Other than that, my thoughts inclined to Danielle's father's offer. It was really sad to think about this offer but I had to accept even though how hard for me. I was thinking to say goodbye to Ayah Isabel, she's in her hometown, 80 to 100 kilometers south of Bacolod City. I gathered some important things that I used to bring when I'm traveling alone; a backpack with briefs, a bottle of perfume, a toothbrush, toothpaste, soap, hand towels, sunglass, ID cards, and other vital items. I had to be in a hurry. I went to the south bus station, hurriedly got a ticket, and sat at the back of the air-conditioned vehicle named Ceres Bus. I bought some cigarettes, caramel candies, and juicy fruit gum for my travel. It's a long journey from Bacolod City up to the town of Cauayan. I really had to move fast before my meeting with the Governor. This was the only way to halt the craziness in my life; to bid goodbye to Ayah Isabel. It's painful but I had to do it.

The clock was ticking, my mind kept on wondering why I had to finish this way. Why I had to say goodbye, and why I had to marry Danielle. It was the money that motivated me? The money which, I wanted so much for a long time?

The sun rises slowly on the horizon when I arrived in a small barrio of Tuyom, part of Cauayan in Negros Occidental. The freshness of the fields molded with my troubled mind, across the vastness of the hilly mountains, remained destitute on my vision. Amazing was the way the sunlight spread its rays to the sinful human habitat called earth.

I arrived at six-thirty in the morning, walked some meters away, and stopped at the front of Ayah's house. I gathered strength through deep breathing, knocked on the door and Ayah opened the door amazed.

The house was an ancestral abode with a shiny wooden floor, a guest section, and a dining area. Windows were placed intricately for easy access of air to the interior and the whole house as a whole. It's surrounded by light-peachy colored curtains, delicately positioned on each window; Spanish type of decorative paintings was hanging side by side on the wall; terrific to view such kind of home interior designs. Lovely!

Ayah greeted me with disbelief at the door while looking back at the dining section. She welcomed me, brought me to a sofa, and seated me. She called her mother in the kitchen. Mrs. Maria Elena Gonzales appeared from us, smiling and happy. She's about sixty-five years, white hair but full, with a healthy body posture, and her face slightly resembled Ayah Isabel.

"Hello, Marco Fernando! We had met at the graduation ceremony, right?"

"I am fine. Ohh...Manuel, my husband's still sleeping. He's tired from yesterday's business transactions. By the way, I will cook chicken today."

"Yes my favorite Mrs. Gonzales!" I said smiling. Mrs. Gonzales told Ayah Isabel to prepare breakfast for me and for them too.

"Marco, excuse me, I have to cook our breakfast. Stay here and find some magazines to read."

I was reading the food corner section of the magazine when a man suddenly grabbed me, pushed me to the wall and I received a final blow that I lost my consciousness.

When I regained my senses, I'm on the bed with Ayah Isabel by my side. She looked at me and said, "Are you alright now?" I nodded politely and asked her about that man. She answered and started to cry, "He's my eldest brother Bryan…He's really angry...He told me everything about... that we're living together in the city. Bryan was with his friend all day yesterday... drank liqueur, and he got this...knowledge about us. His friend was working in Bacolod City...." Ayah left suddenly; brought me some food and we ate together in bed.

Darkness falls upon the surface of the earth and silence made me regret my action. All family members of the Gonzales clan were present at the dining table; Bryan, the eldest, Arthur, the next, Ayah Isabel, the youngest, Mrs. Gonzales, and at the head, Mr. Gonzales. I seated myself near Ayah's place and looked at their serious faces. I felt the anguish inside of me when looking at people like this one, tonight. I thought that what happened in the past hours was the reason. I felt them, every one of them. 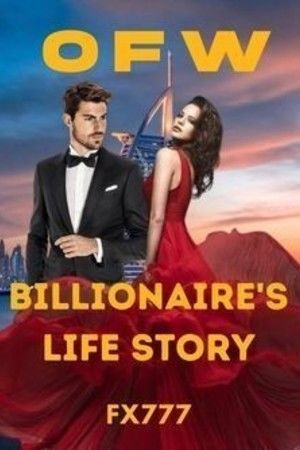