“Good morning, class.” I was waiting for her to introduce herself to the class, but she did not; I assume this was not her first time teaching this class, “I’m not teaching tactics for this semester; I’ll be teaching mind link,” she must be their last professor last semester, “And for those who still don’t know me, I’m Mrs. Kalida Ramirez,”

I heard different reactions from the class; some seemed excited, some were annoyed, and some were, well, including me were, confused about it; I’m not new to the mind link since I’m experiencing it through Liberty, but I didn’t know, they are teaching it here.

Bright as gold, red as roses, and dark as the night, the aura surrounds her, but her presence is shouting both authority and warmth; why is that, but most importantly, why is she looking at me like that?

“Let’s start with our introduction,” she put down her materials and folded her sleeves before holding chalk, but she didn’t write; she just sat at the edge of the table, “Mind link is one of the oldest ways to communicate to one another; during the first war between the werewolves and vampires, our ancestor taught most of our great grandparents how they can communicate,” she grabbed her pen and wrote something on the board, Humans, that’s what she wrote, “However, human kinds broke another war, after assuming that werewolves were secretly preparing to attack their lands, with the help of some traitor vampire, they successfully eliminated half of our kind,”

I heard some gasp; I was listening intently, and she got my attention with that simple explanation; since this was my first time attending the course, I did not know that it was a way of communication in the early years.

“Mrs. Ramirez,” one of my block mates, raised her hand. Mrs. Ramirez pointed to her and motioned to continue, “Is that an inherited ability? Are we allowed to learn that too?”

“Good question, well, it’s not yet clear. Some packs have it since they were born, and some packs learn to do it; there is no certain answer to that question; however, I’m one of the population packs born without it, then eventually learned how to use it. I can teach you how to use it,”

I heard cheering from behind. I looked at them, and they seemed really excited about that.

“Can we also use that for mating purposes? Some of us were having a hard time communicating with our mates,”

I shifted my gaze back to our professor, “What...”

“That’s also one of my target lessons to discuss with you, class, so bear with me if I have to teach over time, and sometimes, difficult than what you expect from this class,” she wrote again, her course name and her name.

“Now, shall we start the class?"

It’s been two days since I attended the academy; it was good so far, I’m enjoying my subjects, but my least favorite would be Mrs. Kalida’s class.

I can’t seem to understand what she wants to do; she’s been pushing us to do extra hard with her subject; it’s like Mrs. Kalida wished to prove and do something with our help, or maybe she’s just too hands on to us, like what she mentioned to the very first day.

“It’s been millenniums after the alliance between the three kinds, the humans, the werewolves, and vampires, not until one outsider came to our land,” she wrote something on the board, “This man ruined everything,”

“He stayed for seven years until the tribe voted for him to be their Alpha, which doesn’t make sense because we have a rule that only full-blooded werewolves will be the only one to have the position as an Alpha,” she stood up from being seated to the table edge, “Everything was going so far, good. However, the pack have started to notice that little by little, from their sack of rice, their loved ones were missing, one by one, and they came to the extent that they feared the night; people were not able to sleep at night; instead, they do the labor at night, and sleep at daylight,”

That was a fucked up situation, not being able to rest in your home because odd things are happening.

“The elders came up with a plan to uncover the mystery of the disappearance to their land. To make the story short, they discovered that it was Lovioni, their Alpha. The man whom they thought they could trust day and night turns out that he is a greedy man who wants not just their service, but also their whole land and tribe,”

“But, Mrs. Kalida, what’s the point of telling this history if we are in a mating class?” one of my block mates asked.

“Because he is the one who introduced the mating through the link, which became a course subject for students,”

“So, does he find his mate while cheating on his people?”

“Yes, ironically, his mate,” she wrote something on the board, “Laura Cleo, Lovioni’s mate, she was said to be a runaway because of her bad attitude, but some say that she committed a crime that led to her being exiled to her own land,”

“Does she know what Lovioni had done to his people?”

“Old books said that Laura and Lovioni were accomplices to the crime, so the whole tribe burned them alive,”

“But how did Lovioni find his mate while executing her motives to the pack?”

“That’s when he discovered the usage of mating through mind linking; Lovioni and Laura both knew how to use it. Unfortunately, Laura died before she gave birth to their son, so it was not just Lovioni who died that day; it was also their son,”

“Then, who taught the next generation to use it if they died in the process?”

“Lovioni was able to teach the young wolves to use it, some had the gift to learn it faster than usual, but some took years on mastering it, and up until now,”

“Then, what’s the point of finding your mate by a bond if we will use the mind link?”

“Like what I said, we have a different take on this mating process, and you still have the option not to use it,”

“Is mating the only use of that? I mean, with bond, you can feel your mate’s emotions, that actually helps you know each other more, and alert, if one another is in danger,”

I grabbed a pen, tore off a paper, and wrote to Liana, who’s busy distracting herself; she hates history-like subjects, and she always wanted field study, which would kill her; but I crumpled it and laughed at myself; why am I even writing.

‘Do you believe what she was saying?’

She immediately looked at me and shrugged, “No, you?”

‘Mating through mind link?’ I scoffed.

I can’t help but laugh at that that I wasn’t able to control it; it was a mistake; Mrs. Kalida wasn’t a human,, for fuck sake, and I failed to remember that, and now, she’s looking at me with her eyebrow creased; she seemed offended by my action.

“That’s funny, hmm, Ms. Colin?” her voice is annoyed; all attentions were entirely on me, “You can bring that fun alone, go to the detention, you’re not leaving there until I said so,”

I sighed and brought mg things with me, Liana was about to stand up, but I motioned her to sit and listen well.

I couldn’t look at her since I was a little embarrassed and just left without a word, but I heard her whisper something. 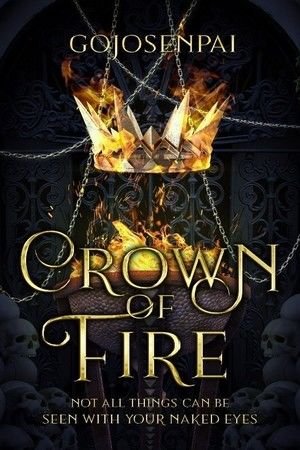