I Have A Dungeon Just For Me

Many years ago, the monsters on this continent began to disappear.
At first I thought they had already died out, but after my research I found that this was not the case.
The monsters that disappeared moved to another dimension.
Movement between dimensions.
This was a long-cherished wish of wizards like me.

I don't know why something like that happened to the monsters.
But now that it has helped me in my research, the reason doesn't matter.
"I'm done setting up the coordinates.... And the spell is connected too!"
With my wand made over a long period of time, I open my arms to the ceiling.
I'm lucky to be able to use this dungeon called the Great Labyrinth.
If I use my spell here, it won't be hard to move between dimensions.
"Let's go!"
As I shouted loudly and activated my spell, the surroundings turned blue.
It was the same phenomenon as just before the monsters were transported to the other dimension.
I closed my eyes and confirmed that my research was correct.

I believe that I am in another dimension as soon as I open my eyes.
However, the environment remained quiet as time passed.
I felt the cool wind pass by the sleeves of my shirt and slightly opened my closed eyes.
When I examined my surroundings again, all I could see was an empty field, no dungeons.
What could this mean?

It didn't take long for me to realize.
"Could it be...? Is this dungeon dimension abandoned?"
All at the same time.
The wizard was not the only one to whom this seemed strange.
The hunter Kang Jihyuk came home and examined his attic. He was speechless when he saw the result of the sorcerer's actions, who had failed to shift the dimensions.

"What the hell is this?"
A maze he thought could only be seen in movies.
Anyone would be surprised to find something like this in their attic.
* * *
The morning wind was cold.
But it wasn't winter yet, because it was only October.
The dawn, where the sun had not yet risen, was cool enough to bring out a white breath.
Olympic Park, 1st Gymnasium in Songpa-gu, Seoul.

Despite the cold weather, many people were standing in front of it.
They were already lining up at dawn to see their favorite celebrities.
Kang Jinhyuk was sitting at a stall right next to the court, carrying

Water bottles for his business.
On his way to his car, he saw a long line in front of the gym.
He stopped and admired the sight.

He was envious that people could immerse themselves in such things.
When Kang Jinhyuk stood in place for a few moments, someone bumped into him.
When he turned his head, it was a thief from his part-time job.
"Why are you so absent-minded over there?"
"Just a moment...."

"We have to hurry. We're not even halfway through the job yet."
"Yes."

As his sunbae loaded the truck with the water bottles, Jinhyuk sat down in the passenger seat.
The Sunbae started the truck and drove off. He glanced at Jinhyuk.
While he was lost in thought, Jinhyuk's sleeves caught his eye.
"Hey, aren't you cold in this weather?"

"I'm a hunter. Did you forget that hunters tolerate warm and cold weather well?"
"Does that apply to D-ranks as well?"

"I know, lucky, right? Thanks to her, my air conditioning fee stays low."
"Kyaa, I'm jealous of you."

The conversation was interrupted after a while, and the awkward silence settled down again.
The Sunbae couldn't stand the awkwardness, so he asked something he was curious about.
"Why did you take this side job when you're already a hunter?"
"What do you think? It's because I don't have any money."
In retrospect, he realized that was a rude question.
Even though he tried to hurriedly end the conversation with an embarrassed smile, the damage had already been done.
Instead, the sunbae came up with something to comfort Jihyuk.
"It would be nice if the guilds gave up their monopoly, wouldn't it?"
"Those bastards would never do that."
The guilds had a monopoly on the areas where monsters usually appeared.
They were not satisfied with this monopoly and even refused to give out the monsters that occasionally appeared in other places.
For powerless D-Rang hunters like Kang Jinhyuk, there is no way to hunt monsters, so they have to take a path other than that of the hunter. He had no choice but to take a part-time job.
Kang Jinhyuk heaved a deep sigh.
"It's been difficult lately, so I've been behaving worse."
"Why? Did something happen between the guilds?"
Kang Jinhyuk looked confused as to why his sunbae was so curious.
He stared at his senior with eyes that seemed to ask, 'How can you not know?
"You haven't heard about the news?"
"What news?"
"For the past month or so, there's been a crazy killer on the loose with the crazy idea, 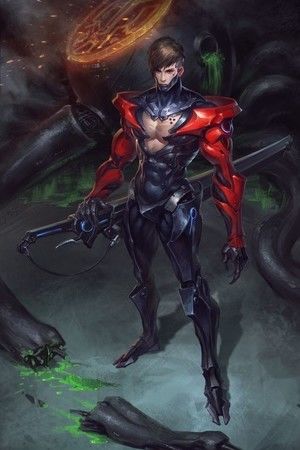 I Have A Dungeon Just For Me