The Princess, Elegant and Strong

A smile worthy of competing with the rising sun – she had to be ready, the moment anyone saw her face.

The morning glow speckled across the jeweled crown upon her head. One tip of her finger upon it cast beams of light dancing upon the windowsill. A nod of the head followed, wisps of golden hair gleaming just as much as the crown that it sat upon.

Dainty fingers reached up to brush a lock that had fallen forward, back towards her ear. She wouldn’t let those long tresses block her view of the city. Nothing would get in the way of her eyes gazing whimsically at the morning glow falling upon the dots of life below. The twin pair of emeralds held a sense of adoration for the people going about their morning.

She knew that it was going to be another lovely day. Already, a tingle running down her back signaled an anticipation, for her to take the first steps outside. The hubbub of guards announcing the changing posts of the nightwatch was the timepiece marking a new day.

Even in ruffled, pink silk pajamas and unkempt hair that had been matted down only moments ago, the girl was already daydreaming her morning away, a distinct glow about her.

The window she rested upon could have been a canvas, capturing the picture-perfect scene of a raw beauty. Natural charisma was a given since she was raised to carry herself properly even while relaxing in private.

Shine – like a torch raised to guide this kingdom. Elegant – like the wind weaving through fields of wheat to nourish its people. Resolute – a sense of command that drew others toward her.

These were the principles that her family thrust upon her, day in and day out. So much that they had become a natural instinct, whether she liked it or not.

After all, she was-

Even her name had a certain fluffiness upon the tongue.

Several raps on the door sounded like the tune of a secret code. Distinctive and melodic, the very rhythm of it immediately invoked the sight of her maid, Catherine, before the door slid open. An elderly lady wearing a prim and tidy uniform appeared.

With a graceful spin on the balls of her feet, Chiffon twirled around to face her. The swirling of fabric complimented the cheery face as she said her morning greetings.

“A lovely day to you, Catherine. As you can see, I am quite awake already.”

“Awake or still charmed by the rolling hills of Champoluc? Or perhaps, it will be the forests of Schonberg today? Getting ahead of yourself already, aren’t you, Your Highness?”

“You know that I love to experience our lands personally. A bit of wanderlust to mentally prepare for the day’s trip is perfectly natural. It’s in the blood of the Baumkuchen.”

The maid scoffed with a dismissive wave. The eye roll from her wrinkled face made Chiffon seem like a kitten found in an out-of-reach alcove. Effort was required to bring her back down to ground level, and not wherever lofty place she had already staked out for herself. Chiffon was a stark contrast between what she wanted to do and had to do.

Paying the maid’s tone no mind, Chiffon watched as she disappeared around the door before pushing a metal cart into the room. The jittering of fine china tickled her senses, even before a waft of Darjeeling entered her nose.

The fields of Eindhoven are nice too. The shrubs of Camellia should be just in season.

Perhaps, her itinerary needed a slight tweak. It was the job of a princess, after all, to verify the prosperity of her kingdom’s regions. It had nothing to do with her whims, not at all.

In the moments of her reminiscing, a cup and saucer had been placed upon the table next to the window, and piping-hot tea had been poured without so much as a sound. Not until Catherine cleared her throat did Chiffon snap back to attention.

Quickly, she brought the cup to her lips with one smooth motion, relishing the fruity accents that tickled her tongue. After this cup, she would be ready to get dressed and head out for the day-

“Your Highness, by chance, did you forget the required events for this day?”

Chiffon fought back a choke as the liquid suddenly sucked down the wrong entryway. That subtle gesture wasn’t missed at all by her attendant of 16 years, who let out a deep sigh.

“You forgot, didn’t you? Skipping out on the ceremony will shame this kingdom. A knight for a princess, a very important event!”

Chiffon heard a crack as those words registered. You had to remind me! Or rather, she wished that the very idea of it never existed! She had no need for protection! She was… she was…

The porcelain in her hand shattered, spilling the remaining dregs of tea down the hand that was supporting the cup. Rather than holding it delicately, her fingers had clenched tightly after hearing about her duty. A split second of carelessness.

Elegant and graceful, Chiffon was trained as such… but that didn’t hide her true nature at times, especially when she grew flustered. Crushing her teacup brought her back to reality, forcing her to hastily hide her slip-up. But the sight of her clenching a fistful of porcelain shards in one hand while gently placing the broken handle onto the tray with the other was an eclectic set of gestures.

Catherine scoffed again, this time placing her fingers against her temples to fight back headaches induced by naivety. Chiffon was not like other girls her age. Her outward appearance was dainty, but few would survive crossing her.

“Hmph, forgot to slip on your bracelet, didn’t you? You may be blessed with your birthright, but as you can see… that strength doesn’t exclude you from needing to be cared for! Short-sighted and careless, ever since you were a babe!”

Catherine gripped a teacup in her hand, but try as she did, it didn’t shatter under her own power. Annoyed, she handed it to Chiffon.

“Be a dear and break this one too. I can’t return to the kitchen with only half a set.”

Heaven forbid that she smash it on the ground like some normal peasant, Chiffon thought as she plucked the teacup from her outstretched palm.

With the slightest of pressure between her fingers, the porcelain crumbled into a heap of shards, neatly upon the tray. Her other hand added to the guilty heap of clinking debris. Paying the mess no mind, she simply dusted off the nuisance.

“Thank you, Princess. Now I don’t have to pluck shards from the floor in my free time.”

Neither one of the ladies thought that this was strange as there wasn’t the slightest of cuts upon Chiffon’s delicate fingers. Such thin appendages betrayed the might that emitted from them, enough to crush even forged iron. This was a sight that would turn heads normally, if not for the fact that Chiffon was a Royal.

“Your Highness is stronger than other nobles, but the proper airs are required to maintain that esteem. That is what the echelons of this kingdom is all about. Remember, standing at the pinnacle means being the most aware of them all.”

Chiffon walked over to a closet and pulled out a small mallet. With a bit of magic, it grew and extended until the shaft was as long as a polearm. The oversized head made the weapon look unwieldy. Despite the brilliant gleam of fine metal that it gave off, the implement appeared quite unsuited for that of a young girl. Yet, the way Chiffon casually rested the shaft on her shoulder with the mallet by her head made it feel natural.

“That is why I have this! I will earn their respect without having to depend on anyone!”

A quick brandish of the mallet invoked a glow around Chiffon that caused a slight stir in the room. That was her divine power, a rank bestowed by the Gods. And for Chiffon, tempering such strength was her priority.

Catherine instinctively backed away, the gap of a commoner apparent from her caution. A single brush against the girl she attended to would result in broken bones. She would have felt safer waving red porcelain before a bull’s eyes. The glow faded soon after. The Princess lovingly stroked her weapon, much to her maid’s sigh of exasperation.

Chiffon’s mallet was an indispensable partner, one that never left her side. Had she not been set up for this bore of a knight selection, then some trails in the open outdoors would have called out to her.

Whether rolling hills or quaint forests, the princess’s goal was not simply to visit the lands that her family ruled over to greet the locals. She was there to exterminate any nuisances that were encountered along the way, feeding into a delectable pool of offerings that forged her closer to her ideal. Blood offered to the heavens, in exchange for the strengthening of her blessing.

A childish desire bubbled within her. There was beauty in strength, elegance in standing above all others. So, Chiffon took every opportunity to make gains toward this goal. In her mind, she wondered.

Can I slay with elegance? A simple wave of a hand commanding with grace. How unsightly it is to struggle…

The howls of wolves couldn’t compare to the mighty swing of a mallet that flung each beast meters away into nearby tree trunks. The snarls of bears and trolls were met with a ground-shaking tremor that made the giant beasts cower. That was her pinnacle.

“My dear princess, we mustn’t break tradition now. After all, your father, the King, was also selected from such ceremonies. A strong man to be bestowed the title of Royal is invaluable to this kingdom.”

That statement sent a shiver to Chiffon’s spine. Even without saying a word, the expression on Chiffon’s face as she pranced out of the room with her mallet was all that Catherine needed to know. The pride Chiffon possessed in her abilities overflowed from it.

Slowly, she turned with a scowl, holding a youthful charm despite the scorn emitted from it.

“And that is the very problem! Why must the man be the strong one, deserving of being bestowed the title, rather than simply inheriting it? I would like to stand on my own! Not rely on some Mister Brave One to carve the way for me!”

Danger was not something that gave Chiffon pause. Not when the swing of her mallet emitted a satisfying crunch of bones under her might. She was more powerful than nearly everyone in the kingdom, save for her parents.

Chiffon immediately turned back around and stormed off, not waiting for an answer to her rhetorical question. She was off to crush some egos.

Catherine sighed as she got behind the cart to roll it after the princess. The girl meant well but short-sightedness was no stranger to her. As she looked again at the shattered teacups, the old maid hid a chuckle with her hand, knowing full well how immature the princess was.

The young lady would soon come to know that pride was a house of cards, unless one had the proper foundation. While most people only saw a girl hoping to achieve picture-perfect behavior, those that knew her best had a different nickname for their darling Highness.

Catherine snorted back a laugh as she wheeled the cart back towards the kitchen. The hearsay that would grace her ears soon enough was what she looked forward to this day. 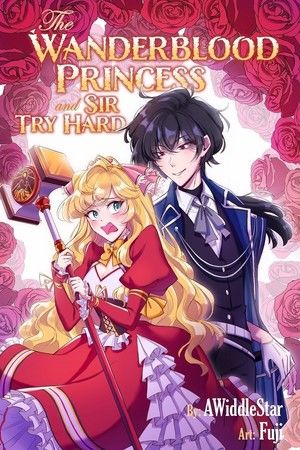