Chapter 2: Back to the Past

Mark sat up still groggy from lack of sleep. He turned off the alarm and walked towards the bathroom with his eyes still half shut.Bookmark here

Whilst he was walking towards the toilet, Mark hit a wall he didn't expect to be there. He knew his apartment like the back of his hand, so he could easily go to the toilet from his bed with his eyes closed, but apparently, this conjecture of his was false and the price to pay was an intense pain in his nose.Bookmark here

While tearing up, Mark opened his eyes to the unfamiliar color of the wall. The room he was staying in was one fully made of the finest lumber stained to have a dark honey color, but the wall he was standing in front of now was yellow.Bookmark here

Weirded out by this change, Mark turned his head to look over the chamber, and what he saw surprised him. This unfamiliar, yet still nostalgic messy room. The randomly positioned pack of notes on his desk, the empty cans of energy drink next to his bed. This room was uncannily similar to his when he was preparing for the SAT when he was 18 years old.Bookmark here

His first reaction was to check his body and see if everything was alright. If this a case of kidnapping, or human trafficking, traces are bound to be found on his body. After a full body check, Mark couldn't find anything out of the ordinary. No handcuffs, no traces of surgery or beating. The only thing that was weird was the outdated clothes he was wearing, but Mark put that on the back of his mind as the reason for that change is obviously the same as the reason for whatever was happening around him.Bookmark here

For half a minute, Mark was stumped, he couldn't think of any series of events that could possibly lead him to this situation. Finally, he decided to do what any other sane human being would do: call the police.Bookmark here

Mark raised his e-watch next to his mouth to dial 911, however, he noticed something that stopped him right in his tracks. Not only was the model of the e-watch a decade old, but the date that it displayed so brazenly on full screen was wrong as well. In fact, it was wrong by a full decade.Bookmark here

Chuckling at the impossible conjecture he made in his brain, Mark looked for further hints to uncover the mysteries of his current situation. Using the last hint for reference, Mark deduced that whoever had planned this prank wanted him to believe that he traveled back in time. However, Mark knew that e-watches could be easily hacked. In fact, he had hacked one himself to prank a friend of his on his birthday. But, one thing that could not be hacked is the entirety of the internet. Thus, Mark looked for his laptop.Bookmark here

It didn't take him that long to find it as it was put safely on top of a desk. The laptop was also the same model as the one he used when he was 18. Chuckling at the amount of effort put into this prank, Mark looked for today's date on the internet: June 26th, 2140.Bookmark here

Mark felt as if someone slapped him until he became dazed. For a moment, he couldn't think of anything. His rational mind told him one thing but the facts stated otherwise. Just to make sure, he double checked on multiple websites, but the same date continued appearing: June 26th, 2140. This wasn't a prank, this was really happening, he really did time travel back to when he was young.Bookmark here

He sat down on his old bed, looking at the ceiling. He was desperately trying to make sense of what was happening. Yesterday, he had gone to sleep after an afternoon filled with anger and frustration. Then, next thing tomorrow, he woke up ten years in the past. There was nothing that foreshadowed this event, no scary guy at the end of the road, no AI with unimaginable power hacking his computer and talking to him, it… just happened.Bookmark here

The only thing that separated Mark from the regular average human being was the ten years he had spent on Ashes of Gods.Bookmark here

Talking about Ashes of Gods…Bookmark here

"Wait, if it's June 2140, then… that means — that means that AOG(short of Ashes of Gods) is still not out yet."Bookmark here

From the earlier depression, Mark jumped right back with excitement filling his heart. He did read many of the novels talking about a player receiving a second chance, going back to the past and becoming a god at whatever game was popular in their world. However, to experience it himself, Mark was overjoyed.Bookmark here

Nevertheless, as with every emotion that he experienced, it didn't take long for that emotion to fade away, leaving him but an empty husk. Mark found himself now in front of a decision. A decision that would shape his life, for better or the worse. Ten years – ten years he had spent on Ashes of Gods that made him forget whether there was anything other to life than the game. At the peak of his esports career, there were many times when he thought of an alternative universe, one where he wasn't a popular game athlete but something else.Bookmark here

With this new chance at life, he could be something else. He could become a researcher and drive humanity forward. He could become a developer and make his own game, his own world. There were many times in his past life where he flirted with these types of ideas and "what if" scenarios. Now, he could make them real, and the realization that he had this choice between his hands brought with its immense weight.Bookmark here

Since the day that his father bought him his first capsule when he was but 3 years old, he was mesmerized by virtual reality. He could remember it as if it was yesterday, the moment when he opened his eyes to a brand new world. The low, fragrant breeze tickling his nose, the slow molten sunlight, warming him from the cold. Things that he couldn't experience in his ice cold city were within an arm's reach in the virtual world. Then father gestured to him with his hand, signaling Mark to pay attention to what he was about to do. He raised his right arm close to his face and snapped his fingers. The world was set ablaze, as fire spurted from his fingers and danced on his hand.Bookmark here

From that day onward the virtual and reality switched places in Mark's heart. His thirst for discovering everything the virtual world had to offer couldn't be quenched. His parents supported him fully in this endeavor, as it didn't distract him from his other responsibilities; mainly studying. To Mark, it mattered little what he did as long as it was in the virtual world, so he was able to study hard even with his addiction. In fact, these circumstances helped him become a much better student, as the virtual world provided tools for learning that were hard to replicate in the real one.Bookmark here

Even now, 25 years later, that passion for virtual reality was still raging in his heart. His love for Ashes of Gods, this game that represented everything he liked about VR, was still as strong as ever.Bookmark here

Mark's eyes glinted for a second, his decision was now firm. He was going to play Ashes of Gods, and he was, for sure, going to become the best.Bookmark here 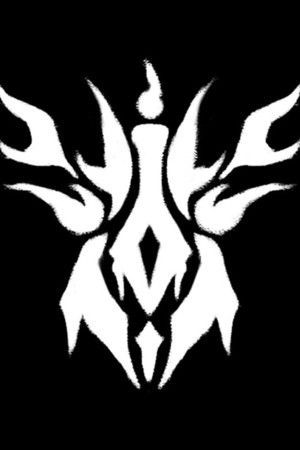