I was thinking about prying into my past self and my past relations, but… I will look totally suspicious, right?!Bookmark here

Anyway, I am Lyra now… Reinst Carnatia has reincarnated. In addition, wouldn’t they be suspicious if I knew too detailed about Reinst?Bookmark here

I’m totally curious about why things happened the way they were when I was Reinst. I can’t deny that I want to know what my family—uh, past family honestly thought about the past me. But I also want to live a totally peaceful and quiet life as Lyra. I should keep it in my mind to be Lyra, not Reinst. Although it’s hard to not compare my life to the old life I had. It’s like, my past plays a huge role, even now. Bookmark here

Thinking about that won’t solve anything, though. Sooner or later, I will have to make contact with my past acquaintances or even relatives. It’s up to my future self and the circumstances at that time, then. Bookmark here

After the feast, we played several games. Like… hitting the piñata while being blindfolded, hide-and-seek (THEY HID POORLY WHENEVER I WAS ‘IT’, THEY DID NOT KNOW I’M NOT YOUR ORDINARY KID), magic show by my mom, and water show by my dad. Bookmark here

Oh right. My dad has the most affinity with water element. Even during bedtime stories, to make the story more interesting, he’d recreate the scene with water. He told me that it was what his mom did when he was but a child, too. My mom’s magic show included lots of magic element, but the highlight was the light show or the illumination.Bookmark here

Oh, I never explained the thing about magic and magic affinity, right?Bookmark here

Let’s have a breakdown, now, then. I should also review my past life knowledge now that I know I was reborn in the same setting, just a few years after I, Reinst, died.Bookmark here

There are twelve magic elements. And it’s not impossible to use the elements you don’t have the highest affinity with, but some may be hard to use if it’s not your affinity, plus it’d consume your mana more. Also, to be able to use other element, it’d be necessary to master your affinity first. Therefore, there’s some magic tools that help you generate something that you can’t using your magic affinity. The earliest age to detect magic affinity is 4, but most people will get it tested along with mana test some time when they go to school.Bookmark here

So here are the list of magic elements and their breakdowns :Bookmark here

(1) Neutral, or rather, no attribute. It’s really useful to invent or produce something. Oh, augmenting or imbuing things with magic is also convenient with this attribute. Example of spell : [Physical reinforcement], [speed enhancer]. In a magic affinity tester, the color reaction or symbol to this is [colorless], or [transparent].Bookmark here

(2) Fire—red ………………..uhm what can I explain in this section? It is stronger against [Ice] and [Plant]…? Weak against [Water] and [Earth]. Some weak fire can actually die out of strong [Wind]?Bookmark here

(3) Water—blue. Strong against [Fire] and [Earth], weak against [Thunder] and [Plant].Bookmark here

(4) Thunder—yellow. Strong against [Water]… Uhm, let’s not talk about this strong vs weak against thingy since this is not some Collect Monster game. Because honestly, in a real combat, the most important factor is your strength. But some common sense of element match plays a hand. Like how, if you and your opponent have the same strength and you use fire and your foe uses water… your foe’s magic would easily win against your fire magic. Bookmark here

(6) Ice—light blue. If you cannot use [water] element but you can use both [ice] and [fire], then you can generate water, although it’s inconvenient.Bookmark here

(8) Plant—deep green. This one is cool because you can sort of communicate with the plants, and even command them to do things, like producing toxic, or poisons.Bookmark here

Point of Interruption : Those eight magic elements above are common, especially for humans. The other four elements are rarer, and they include:Bookmark here

(9) Dark—black. This element specializes in shadow manipulation. You can also see in the dark. Rare in humans, yes. Dark is the magic element that the Oni boast about. It’s impossible for elves to use this element, as far as I know. And this is just a myth that may have a connection with how the stories and fairy tales view darkness as something evil, but usually dark type is frowned upon in humans. It is often associated with the darkness in their heart or mind, or how the users have dark past, or things like that.Bookmark here

(10) Light—white. It includes holy magic, light/illumination. As you may have guessed, it’s the magic that elves specialize in. It’s impossible for the Oni to use it. Bookmark here

(11) Life—grey. Life magic includes healing, buffs, barriers, etc. It’s basically the rarest type. But since it’s essential to have healing and barrier magic, there are lots of magic tools produced to help you convert your magic into a barrier or some healing. Bookmark here

(12) Void—purple. The unknown element. Mythical element. None is recorded about this magic besides it being incredibly strong. Although, [The Greatest Magician], who was in the [Heroes Coalition] could use it. Wait, she could use all magic elements. Let’s see… The gist of it, it’s the only magic capable of [Spell Breaker], [Oblivion], [Erasing Memories], and… the thing related to creating distortions or controlling dimension…? Based on the legend about her and the extent of her [Void] magic, the magic experts concluded that the power consumption for this type of magic is high, and that this magic is associated with high mana capacity, as well.Bookmark here

Let see… Hartmann family arts… It’s all about illusion and transformation, so it should be categorized into [no attribute] type? But it’s a hard or high level [Neutral] magic, and the most people can do is just altering their appearance for a short while. But they can’t manipulate their height or age. Basically, you can look like a male counterpart of yourself, but no changes in your height. You can also show illusion, but for a while. For example, if you are very broke that you can only eat instant noodles, you can cast an illusion of a steak so you’d be able to force yourself to believe that you’re eating a steak… The strongest they can keep this kind of magic is around 4 hours at best. And then they’d just collapse for overexerting themselves in a complex magic.Bookmark here

But Hartmann family arts can do more than it. Once you master it, you can transform into anything you want or show the others any illusion you want for as long as you can maintain your own energy. It’s like an innate talent, so you’d be able to use it at ease. It’s said that in the past, the first Hartmann siblings used some of their illusion magic for a week to help [The Hero] in one of their strategies. The Hartmann family arts is so cool!!! I can’t wait to use it! …I hope I can. Bookmark here

[The Hero] is actually the founder of Riviera country. And, incidentally, [The Greatest Magician] is his wife, which means the first Queen! The story of their adventure alongside with their companions—the first generation of the [Four Dukes] is really popular for all ages. It can’t be helped, after all, the ones who freed the humans who were cornered, used, and enslaved in the past were them. They went as far as founding a human-based nation. Humans, the weakest race among all. Bookmark here

After the party, Grandpa and Grandma stayed for a week. We were out to the Heartswaarth city and did many shopping sightseeing together. From those travels, I came to know that the new Hartmann house, the current one I’m living in, is located waaaay closer to the border with the Capitol than the old Hartmann house. The old house is now functioning as the townhall, inn, and city garden. Yup, that explains properly how huge is the old Hartmann residence, eh?Bookmark here

Then, before I even notice it, the time for my training is approaching!Bookmark here 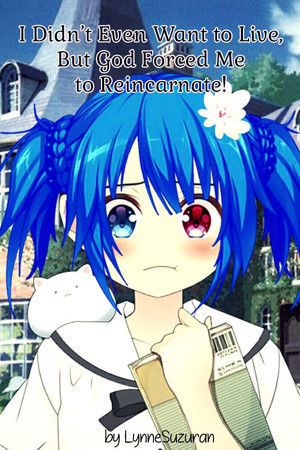