It was 09:55h when Yuuta arrived at the school gates. He let out a deep sigh – he had made it in time for the ceremony. He hurried to the school gym and sat on the empty seat in one of the middle rows.Bookmark here

As he sat down, he could sense people staring at him. Most of them were the love-struck girls from class 3-2. Yuuta was considered to be one of the prettiest boys in school by his fellow students, but the fact annoyed him. All day long, he would be approached by several women who were nothing more than a pain in the ass for him. He would feel stares stabbing into him as he walked through town or if he went shopping for things. The girls in the gym were whispering and giggling while shifting their eyes back and forth from the stage to Yuuta, which annoyed the hell out of him. Still, it couldn’t be helped – the ceremony was about to start, so he ignored it for now.Bookmark here

The ceremony was painfully long – it went on for hours. Yuuta spotted some people falling asleep in their seats and he almost fell asleep himself, but he managed to pull through. When it was finally over, the gym cleared out and the graduates were greeted and congratulated by their families and friends outside.Bookmark here

Yuuta looked around and, as he expected, there was no sign of his family anywhere. With a forced smile, he waved to the girls that were calling for him. He wasn’t keen on staying on the school grounds for much longer since he didn’t want to get surrounded by them again, so he headed back home as quickly as he could.Bookmark here

On his way home, Yuuta thought about his life. He was amongst the top students of his year, he was smart, he was respected by his fellow students and his friends, he was the first love of many girls since elementary school, he was a kind and loving older brother and a model son and student no parents wouldn’t be proud of.Bookmark here

But still, something was missing. Despite all that, he wasn’t quite happy with his life. He felt stressed out by all the pressure people unknowingly put on him. Everyone always expected the best from him and he struggled to keep up with their expectations. He needed a break from his everyday life.Bookmark here

He remembered the first time he played “War in the East: Total Shogun”. It was a couple of years ago when Yuuta stumbled upon this video game after being urged to play it by his classmates. Since then, Yuuta got hooked on strategy games. His newfound passion slowly escalated until he reached a point where he was almost entirely obsessed with them. They became his treasures which he would not show to anyone. Whenever he had some free time, he would play them in his room and immerse himself into a variety of game worlds while forgetting about the looming reality that was waiting outside.Bookmark here

Over the years, he’s played through many different strategy games – some he played through several times – but none could match to the game he held most dear.Bookmark here

“Arthenia: Rise of an Empire”.Bookmark here

To him, this was the pinnacle of RTS gaming. No fantasy world of any genre could come close to this one. No story could surpass it’s own. The game mechanics were revolutionary – combining virtual reality with complex, voice-activated commands – and the game looked beautiful. It gave players the feeling of actually being there, taking command of their forces and letting them become their nation’s rulers.Bookmark here

The battles that took place were a type of battle royale where each player fought for themselves, commanding their armies against several foes at the same time. Only a master strategist could prevail against up to 9 other foes.Bookmark here

Yuuta was bad at the game at first since he was not used to playing an MMORTS game like that, but due to his vast experience with various strategy games, he soon rose up to the top and became the number one player in the world – a feat many could only dream of accomplishing.Bookmark here

Yuuta often wished he could have the same power, the same freedom and be an actual part of the same world as his game characters. He wanted to replace his boring, shallow world with a new one - where he would not be a victim of selfish expectations and where his life wouldn't be dictated by society.Bookmark here

Most of all, he just wanted a world where he could be himself.Bookmark here

As he was nearing his house, the weather took a sudden turn for the worse. It was raining heavily and he didn’t bring an umbrella. Luckily, he was minutes away from home, so he didn’t get too wet as he reached the front door.Bookmark here

He stepped inside the house and closed the door behind him. As he expected, there was no reply. Yukiko – his little sister – wasn’t home yet.Bookmark here

As he exclaimed, an honest smile – something only a handful of people were able to witness – suddenly appeared on his face, banishing the gloomy mood that hovered over him so far as if it never existed in the first place.Bookmark here

He took off his shoes and headed quickly upstairs to his room.Bookmark here

After changing out of his wet clothes and getting into something more comfortable, he sat down at his desk and turned on his computer. He couldn’t help but get excited as today was the release of the long-awaited sequel to his favorite MMORTS game.Bookmark here

Yuuta had pre-purchased the game as soon as he learned it was coming out. Now, after several months of waiting, his eyes sparkled and his smile widened as he stared at the release countdown on the monitor. Two minutes remained until the game would be available for download.Bookmark here

He thought about the new features coming with the game. Instead of simple single-map, 10-player battles of the first game – where each player spawned in a stone keep stronghold they had to protect with their army and conquer the enemy strongholds in the process – the sequel introduced world-scale cross-kingdom battles of up to 100 players with each player ruling over their kingdom and where each of their choices had a massive impact on themselves and their allies. They were now in charge of numerous innocent lives, all depending on their abilities as rulers. They had to manage their own kingdom, form (temporary) alliances with other players and defeat the enemy kingdoms until only one remained victorious.Bookmark here

And all that had to be done within a set time limit.Bookmark here

Not many people could survive long enough to wave their kingdom’s flag as the last ones standing and be victorious. It would be extremely difficult – even for Yuuta – and only those with exceptional management, diplomatic and strategic skills could hope to be the ones at the top.Bookmark here

But Yuuta was not bothered by this fact. He was determined to win. No, he knew he could win.Bookmark here

His voice slightly wavered for a moment after seeing unexpected flashes of lighting with the corner of his eye and hearing a loud thunder soon after, but he quickly continued with even greater excitement than before.Bookmark here

The rain seemed to be pouring even more heavily than before, lashing out at the windows in Yuuta’s bedroom. The sound of rain hitting the windows as if trying to break in sent a shiver down his spine. It was as if it were trying to stop him from continuing, but it failed – Yuuta continued with the countdown.Bookmark here

As he reached the end of the countdown, a flash of light appeared, sudden thunder was heard from outside and then everything went dark.Bookmark here

“Wha-? What happened?! What the hell?!”Bookmark here

Yuuta was furious. If one looked closely, he could clearly see veins pulsing on the side of his head as he was shaking his computer monitor back and forth in anger.Bookmark here

For a moment there he actually felt like crying, but slowly, his anger subsided and a feeling of disappointment washed over him – a feeling akin to a child who wanted a toy to play with, but his mother couldn’t afford it at the time. All he wanted was to lose himself in the game world and rid himself of the annoying reality that was his life.Bookmark here

Instead, he finds himself alone in the greyish darkness of his bedroom after a lighting strike caused a citywide blackout. With nothing else to do but wait, Yuuta thought about reading some manga or a light novel or two to pass the time until the power was restored to the city, but he felt too tired for it.Bookmark here

He decided to take a nap. Perhaps, when he wakes up, his sister would be home and he could at last play the game he wanted more than anything.Bookmark here

As he laid down on his bed with his arms to the sides, he stared at the ceiling while thinking about today’s events. The sound of pouring rain and an occasional thunder strike could be heard from outside.Bookmark here

He recalled the voice that woke him up this morning. He couldn’t make out who it belonged to. He also didn’t understand why it called him and that bothered him.Bookmark here

As he pondered on the matter, he could feel his body relaxing in the comfort of his bed and his eyelids slowly closing, urging him to rest. After a few moments, with his mind clear of all his thoughts and troubles, Yuuta finally fell asleep.Bookmark here 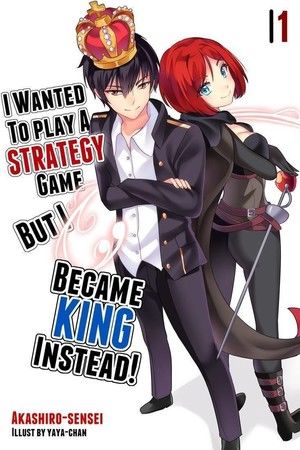