A young boy stands on a rickety wooden bridge.

He has no name. No one ever gave him one.

He has no story. No one has ever told him one.

He has no destination. No one has ever led him to one.

It is souls like this that are the hardest to categorise- not because they are lonely or any vain reason like that. There are plenty of lonely people in the world, so much so that it feels rather counterintuitive to label them as lonely once you group them all up.

No, the reason the boy’s soul was so hard to categorise is because he barely had a life at all. Without a name, without a story and without a destination.

If one lacks all of those, are they really a person at all?

The answer is of course yes, the boy is a human being so of course he is a “person”.

Yet his soul remains undefinable, for he has never been shaped by a single experience in his life.

All that remains is to theorise about the boy, where are his parents? Where do his meals come from? Where does he spend his time during the day? Where does he sleep? Where did he get the clothes, he wears from?

I imagine the pattern is rather noticeable, whilst we could ask questions based on anything else, it is the ‘Where’ set of inquiries that seem to fit him snugly.

My most pressing question however is: Where is he going?

Does he plan to stand on this rickety bridge all day long?

If he has no destination, will he just keep walking?

Such questions are but pointless conjecture and ones getting in the way of any actual work getting done but I must confess that it is the people with souls I cannot define that I find the most interesting.

People with names have stories and people with stories have destinations. Those people have bright and colourful souls, filled with every emotion under the sun. Even negative experiences and traumas form part of the story that comes along with our name, they shape who we are, and they shape where we’re going- our destination.

But that boy’s soul was a formless white, somebody who hadn’t been moulded by a single person in their entire life. Such an outcome is of course impossible, but in front of me seemed to be the living proof that it wasn’t.

This job is a very simple one, one that whilst you meet a lot of people typically stays the same in process. Everyone is archived differently, there exists a majority of people who fit into those pre-defined boxes that have been refined over countless years.

Those with white formless souls however cannot be contained in a box because they would simply float away. It doesn’t just make the job hard; it makes the labour required impossible no matter your skill.

The boy moved off the rickety bridge, two long since corroded planks of wood fell upon his exit but the boy seemed unphased.

Due to his build and seemingly unalert nature, he would have dropped into the gorge below and hit the craggy rock formations.

That is to say the boy would have died.

However, the boy is unable to die because he doesn’t have a soul- a concept to kill.

A reaper cannot reap a soul that isn’t there.

Until the boy finds his name, his story and his destination; I will not visit again. 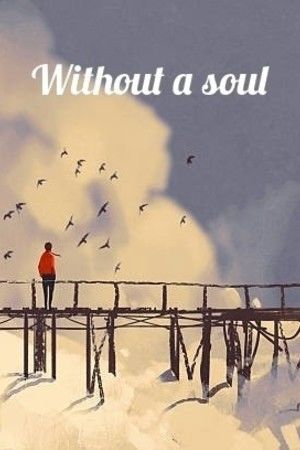