The Symphonia of Erde (DISCONTINUED) (ARCHIVED)

The drizzle had yet to cease somewhere at an open prairie. Muddy puddles had begun to take form on the dirt roads below. The croaking of frogs, chirping of birds, and the rain itself filled the lands with a symphony of nature's orchestra.Bookmark here

Yet in this seemingly empty grassland, walked a masked man who wandered onwards to who knows where. The man walked and walked, with no care of the rain pouring through his light ash hair, nor the puddles he stepped on with his black cavalry boots. He simply went on with his journey, unaware that a few meters behind him were several other individuals on horseback, tailing him since who knows when.Bookmark here

"That's a lot of swords he's carrying," one of the stalkers remarked after spying the masked man with a handheld telescope. Bookmark here

True to what the stalker had said, the masked man carried with him swords of all kinds of shapes and sizes aside from a sack of travelling essentials. On his back alone sheathed a longsword, a Zweihander greatsword, and another similar greatsword with a flamberge blade. On his left hip; a dagger, a flintlock pistol and a basket hilt broadsword. On his right hip; a rapier, a saber and a Langes Messer. Bookmark here

"What do you expect from Europia's best fencer?" the leader of the stalker group replied. "But all those swords won't mean shit once we charged at him at once. He still had two hands after all."Bookmark here

The leader unsheathed his sword, ready to move on to their next phase of plan. His four underlings followed and pulled out their weapons as well.Bookmark here

"Baroness Cortana paid us a dang good amount of gold to hunt him down, and she'll pay us double if we bring to her Fiore Dei Nero's head!" the leader spoke excitedly. "Who knows? Maybe she'll let us have a taste of her as an additional reward."Bookmark here

The rest of the crew laughed upon hearing their boss's half-serious remark, but they were immediately hushed down in fear that the masked man would hear them despite the great distance between both sides. Bookmark here

With one gesture of his sword, all five immediately galloped their horses towards their target in formation. What was once a great distance between them was quickly covered by the relentless charge of the horseback stalkers.Bookmark here

Meanwhile, from the masked man's perspective, he felt a slight change in the surroundings of his area. The slightest tremor on the ground created by the approaching horseback adversaries was sensed by him, a sense no human could possibly feel unless it were an entire army charging behind their backs. Yet the masked man felt it, and he was pretty annoyed by it too.Bookmark here

"Cazzo! Can't even win a duel these days without having a group of hired bandits coming after your ass!" The masked man stopped and cracked his neck.Bookmark here

"Four- no, FIVE people. Two left, two right, and one in the middle, probably a meter or two behind the rest of them, and all are on horseback," the masked man analyzed, still having his back facing his enemies. "Yeah, the Zweihander should do the trick."Bookmark here

Instead of grabbing the great sword sheathed on his back, the masked man put both of his arms forward and all of a sudden, a pitch-black version of the sword emerged from the ground. The masked man took hold of the sword's handle that rose first and gracefully swung it back with all his might.Bookmark here

His slash cleaved through two of the front most adversaries, slicing their bodies to half as well as decapitating the horses they rode. Their blood spurted to the air as it all rained back down to the masked fellow, seemingly satisfied by the clean cut. The rest of three thugs were taken aback by such sight and immediately braked their steeds. Bookmark here

Sure, all of them are lightly armoured, but to have both men instantly slashed through their steel plates and even their horses decapitated in one swing, the three realized now that the individual standing in front of them was no ordinary fellow.Bookmark here

"You- you'll pay for this!!" one of them charged whilst swinging his mace violently. The masked man casually parried the mace and sliced both man and horse into two.Bookmark here

Before any of them could react, the masked man dashed forwards and seemingly disappeared into a shadow, only to reappear again with the final underling impaled by his blade. Bookmark here

The leader's horse grew stressed from this scenario, thus throwing its human master from its back before fleeing the scene. The leader was more angry than hurt from being thrown by his steed, but such thoughts were thrown out of the window as he was greeted with a sword's tip pointed merely millimeters away from his throat.Bookmark here

"Was it Baroness Cortana that sent you?" the masked man asked, in which the leader frantically nodded.Bookmark here

"Say 'yes' or 'no' dammit!! I couldn't see shit with these blind eyes!!"Bookmark here

"I see-" the masked man's pitch-black sword suddenly vanished from his grip- "send her a message from me will you?"Bookmark here

"Tell her that I, Fiore Dei Nero, defeated her son in a fair duel, and we both agreed to fight to the death beforehand. Killing me would simply dishonour his son who gave it all during our fight. That is all."Bookmark here

With his message passed on to the leader, the masked man turned his back and left the scene, moving onwards to his journey of a destination yet to be known. The leader, still stunned by the whole scenario, refused to get back up until the masked individual known as 'Fiore Dei Nero' was completely out of sight.Bookmark here

After a while, the rain finally stopped and sunshine reigned over the land once more. The bloodstains on Fiore's clothes had fully washed away by the rain at this point, and soon he found himself at the main gate of a city. Bookmark here

The port city of Pouiratt; also known as the city of light, due to its bright abundant street lanterns that made the whole city stand out even during the dark of night. The nobles of this grand city boasted their skills in swordplay, especially with one-handed blades such as rapiers. Perhaps this was the reason Fiore arrived in the first place, but his true goals were yet to be told. Bookmark here

Regardless, the blind fencer felt the hustle and bustle of locals and traders in front, and excitedly opened his mask as he walked onwards happily into the city.Bookmark here

"Halt foreigner! Your crossing pass please," a guard shouted out of nowhere.Bookmark here

Fiore's hand struggled through his travel sack, searching for his passport amidst everything else he carelessly stuffed inside it. Bookmark here

Aaaand end of chapter! Yes, this one was way shorter than everything I've wrote so far because it is nothing more but just a teaser for the next arc of this novel. Hopefully, I could get things done much faster compared to last time and hopefully, college would be merciful at sticking its assignments up my bum.Bookmark here

That being said, I am very grateful for all my readers support and patience up this past few years. I wish everyone reading this the best in whatever journey you're currently facing in life and stay tuned for the next chapter of The Symphonia of Erde!Bookmark here

- MAZ1k, or MAZ1k5, or whatever you wish to call me I don't even know at this pointBookmark here 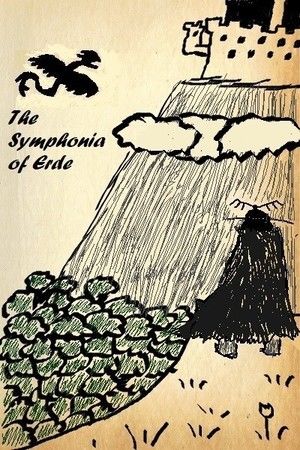 The Symphonia of Erde (DISCONTINUED) (ARCHIVED)