With frantic steps, Yuu increased the distance between her and the boy named Nakano Kousuke.

For a minute there, she couldn't think – her mind went blank, and she forgot the main dilemma.

'You must live as a boy if you want to move out of this house. No one must find out your real identity. The moment anyone finds out, you must return at once and fulfil your duty,' Yuu's father's voice echoed in her ears. 'This isn't by any means stopping you from fulfilling your duty. We're simply postponing it.'

Yuu gritted her teeth and stopped the threatening tears that burnt the corners of her eyes.

Girls' squealing and voices shouting came from behind, taking Yuu back to reality.

Yuu looked over her shoulder to check what the commotion was about, halting her steps in the hallway.

However, that was not the wisest move. She should have stepped out of the way. However, Yuu realized it way too late as the orange-head guy she met on the first day was riding a skateboard and heading straight her way without any control and with panic written all over his face.

Yuu's eyes widened, and before she could even take a step, the orange head hit her, sending her flying backwards and the boy stumbling forward over Yuu.

It happened so fast. One second she saw the orange head heading her way, the next second the boy stumbled, the following second she heard a glass smashing and then she was falling on the floor.

Bracing for the impact, Yuu shut her eyes tightly. Her back hit the cold floor, and a heavy mass landed on her tiny frame –'oomph' escaped her lips.

"Shit," she heard the boy curse under his breath.

Opening her eyes, she was eye-to-chest to the boy that carelessly landed on top of her. That was when she realized the impact on her head never came.

Then she felt the hand under her head move as the guy moved away from her and sat against the wall.

Yuu opened her mouth to say something but was beat to it by Ikeda, the orange-head guy.

"Are you okay, Osaka?" Ikeda asked, grimacing, clutching the hand that took the impact for Yuu's head.

"I'm alright. I don't think you're okay, though. You should go and see the nurse. You might have broken something." Yuu said, sitting upright.

Feeling bad, Yuu couldn't help but look at him sympathetically.

"You didn't have to protect my head, you know."

"Geez, acting tough even though you're so tiny!" Ikeda grinned at Yuu. "I'd feel terrible if you were a girl seeing I squashed you like that earlier. Sorry," the orange head mumbled apologetically as he rubbed the back of his head.

Yuu could only chuckle awkwardly, fixing her glasses as she looked away. Then, to her surprise, her eyes landed on a pair of hazel eyes, looking at her with calculating eyes.

'Why is he here?! Doesn't he know it's rude to stare?!' Yuu thought, pulling her gaze away.

"Osaka? Earth to Osaka? Are you okay? Did you hit your head after all?"

"No. I'm okay. Sorry, I spaced out," she replied, looking at Ikeda. When Yuu glanced towards where Kousuke was standing, the boy was already gone.

"Damn Hikari, if she didn't push me, I wouldn't have lost control. I'm still learning, you know."

"In the first place, you shouldn't be using skateboard in the hallway. Besides, isn't she the principal's daughter?"

"Yeah, she is," Ikeda stood up and reached his hand out for Yuu. "…but she sure doesn't act one," Ikeda chuckled. "Hurry, get up. The teachers will be here soon. If they see you, you might also get in trouble."

"Why?" Yuu looked at him curiously.

"Eh…" Ikeda looked at the floor around them.

Yuu followed his gaze, and there splattered on the floor were broken window blades.

"Destruction of school property…." Yuu whispered and returned her gaze to Ikeda – there he was, only grinning. Feeling no remorse whatsoever.

Yuu accepted his hand and pulled herself up.

'He must be one of those that gets in trouble all the ti –' Yuu's thoughts were cut short when a voice roared from the end of the hallway.

"You two! Ikeda Sato! Yuu Osaka! Get to the office NOW!"

'HUH?!' Yuu mentally screamed as she looked at the big-belly teacher who was fuming in anger. 'Shit! Only two weeks in, and I'm already in trouble! How am I suppose to keep a low profile?! Idiot! Grr, I'm sure he'll understand when I explain what happened.'

"Even though it's Ikeda's fault, Koro-sensei wouldn't listen."

"Poor Osaka-kun. I feel bad for him getting dragged into this mess."

Murmurs emerged as both Yuu and Ikeda made their way to the Principal's office.

"I'm surprised Nakano hasn't made a racket yet," Yuu heard a boy say.

"Yeah. He's usually the first one to make a commotion. That trash is gonna get it this year."

"Don't badmouth him! You're just jealous because you can't even compare," some girl defended.

"Hah! You talk big for an ugly-duckling. He won't even look at you, you pig!" the boy pushed the girl sending her stumbling back.

Yuu stopped her steps and watched as the girl's lip quivered. Before Yuu realized it, her legs already took huge strides towards the boy; she swung her leg up and pushed the boy's backside, sending him on the floor.

The boy looked over his shoulder and glared at Yuu, who was standing defiantly. Then, with narrowed eyes, the boy sneered, "What do you think you're doing? Don't you know who I am?"

Yuu returned the boy's gazed with equally narrowed eyes. "Nope, and I don't care. I just can't stand guys like you. It pisses me off."

The boy smirked. "Interesting. Now I've got a new toy."

Murmurs erupted again, and this time Yuu realized she picked up a fight against a sinister character.

From what she learned, the boy on the floor was a second-year named Dojo, a gang leader, one of the most dangerous students to look out for in X High School. Although he has a bad reputation, he was able to stay under the radar. His slick black hair, crazy grin and stinky personality almost made Yuu puke in disgust.

Dojo slowly turned around, stood up, and grabbed Yuu by the collar. Taken by surprise, Yuu could only struggle in his grasp.

Girls screeched in fright, and the girl Yuu just stood up for was eyeing them terrified.

"Teacher! Someone call a teacher!"

Yuu was frightened. She did not realize the weight of what she did just now.

'If the school calls home, this might be it,' Sure, her family could settle this small fight easily, but that meant exposure. So then she'll have to go back home.

That realization sent a chill down her spine and her stomach twisted in a tight knot.

Her father's voice echoes at the back of her head, 'The moment anyone finds out, you must return at once and fulfil your duty.'

'What did you even come here for?! Didn't you want freedom?!'

Yuu coughed as the grip on her collar tightened.

"What now? Cat got your tongue?" Dojo smirked as he raised his hand higher.

Yuu gripped his wrist as she struggled. Then, just as Yuu felt lightheaded, an arm flew right in front of her, fist straight to Dojo's face. The boy let go of Yuu's collar, and Yuu stumbled back against a wide, firm body.

Dojo landed on the ground, clutching his nose.

Yuu's eyes widened when blood dripped on the floor from Dojo's hand. With a murderous gaze, Dojo looked straight behind Yuu, to the perpetrator. Yuu followed his gaze, and standing behind her was none other than the owner of the hazel eyes she was staring at, at the rooftop just a few minutes ago.

However, that playful smirk and teasing aura was not there to be seen. Instead, what she saw were eyes of a devil – dark, narrowed and burning with rage; if eyes could kill.

That was when she remembered her mother's advice, 'You must not mingle with the wrong people – poor people, thugs, delinquents, low-class, …and people like me not born in money.'

Yuu didn't think the statement was entirely incorrect. As she grew up, she learned her mother was wronged by the people with high social standing – including her grandparents, which she couldn't stand. Looking down on people – people like her mother, disliking the poor and commoners – Yuzuki hated it, everything. And it made her sick living in such a grand place when her ideals were entirely different from those around her. However, there was one thing she thought was not entirely wrong – staying away from thugs and delinquents. If anything, those were the only ones on the list that she wanted to avoid. Other than those, she wanted to learn more about the rest and live with them. She wanted to know. She wanted to see the world in her mother's eyes and make a decision for herself whether or not those are all 'wrong people'.

Yuu's thoughts jumbled, giving her a headache. Her mother was one thing, delinquents were another, but she needed to calm down and think rationally right now.

'Right now, the problem is keeping my identity hidden. Otherwise, I'll be sent home, and my plan will be ruined. I'm not going back home to live the rest of my high school days caged in a stuck-up environment and marry someone I don't even know right after graduation! No way I'm letting that happen!' 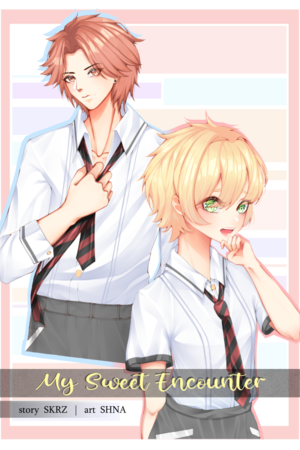