Ō No Monogatari|The Tale of a King

United States, New York
"Please take a seat sir, I want to discuss something today with you"- Said the mysterious man.
"What exactly is it that you want to discuss may I ask?"A man with a luxurious black tuxedo, and polished shoes. A fair face and luscious brown hair. He took out the chair then pushing it forwards and taking a seat.
"As you may be aware, there is a spike of more AD-Humans being produced, the problem with this is that humans are being replaced by ADH and jobs under our company have been losing money due to this. Solve it, now."
Japan, Kamagasaki
The fog loomed over the city, cars whooshed past the lost roads and children ran around the ruined fields, enjoying their youth together. However, there was an anomaly, a child with hair like wine. His eyes; the colour of honey. He couldn't have been past 5 foot 6, but his physique was amazing, toned and muscular. The boy was about 13 years old, he glared at the rising sun cloaking in loneliness as he sat away from the vast group of children.
"Hey Kibishi, why don't you join us, we're playing some hide and seek!"- They mocked and laughed at him.
"No I don't think i'll join you all, to be honest most of you are pricks!"- He exclaimed
The boys were strolling towards the boy, a big group; more than 8 people. They had a dirty smirk on their faces, as soon as they reached the boy, pressure was being applied by the group of 14 year olds.
"This won't work, stop trying."-Kibishi let out a sigh, followed by him standing up from the stairs he was seated on.
"I don't think we gave you permission to speak did we?"-This ill-mannered remark was followed by the laughs of the boys. A boy with yellow hair, chubby but tall grabbed Kibishi, placing his hand on Kibishi's torn jacket. The boy pulled Kibishi towards him. "You fucking bitch!"He said as he threw him on the ground, the boys released a flurry of kicks onto the boy who was laying on the filthy ground. He then was approached by a shorter boy, but thinner. Who had cheap glasses and a stained white shirt. The boy punched, punched and punched, again and again until Kishibi was beat to a pulp. By the time he had woken up they were all gone 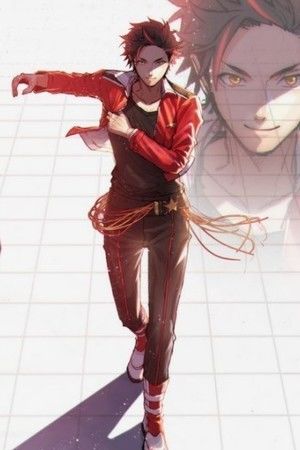 Ō No Monogatari|The Tale of a King