I turned my head puzzled, towards the front door. But while I was planning on waiting for a second shout. George seemed to be stricken by a sudden panic. He scooted across the couch and leaned over the back. Then, he lifted one of the living room blinders with two fingers and peered out to the front yard.Bookmark here

“Captain Reinhard, I see you or someone else peeping through the blinders. Please, I only want a quick word,” shouted the officer from the outside. George’s reaction and the sudden appearance of this officer piqued my interest. I got up and was making my way to the front door. When George shot up from his seat and dashed in front of me. Blocking my way with both hands outstretched.Bookmark here

“Listen, don’t go out there. He doesn’t have a warrant, and besides. Yohan told me that pig has been keeping a close on this place for the past month or two. Even asked Judy about when you’d be back,” he began to convince me to stay. But I was dead set on getting to the bottom of this disturbance. Besides, I haven’t done anything wrong, so this is most likely a job offer. Or some more information on why George was acting so erratic of late.Bookmark here

“Get out of my way,” I said and pushed him to the side.Bookmark here

“Listen to me. If you go talk to him, it can only lead to you doing that pig a favor,” he rebuked and stamped his feet. I ignored his little tantrum and stepped outside to meet the stranger.Bookmark here

As I closed the door behind me, I realized there was a slight chill in the air. To my surprise, the officer stood formally at the small gate. I expected him to be sitting on the hood of his car or something along those lines.Bookmark here

“Good evening. I hope you can forgive me for interrupting the welcoming home party. But what I have to tell you can’t wait,” he said calmly with both hands behind his back. His short black hair was kept immaculate, and he wore thick spectacles. He was in his police officer uniform.Bookmark here

“It quite alright, officer. I expect if it wasn’t urgent, you wouldn’t have shown up today. But can I make a request?” I asked and caught a glimpse of George and Albert peeping through the blinds. They even cracked open the window.Bookmark here

“That depends, but ask away,” he said sternly as I made my way across my front yard. Carefully threading the newly planted flowers along the walkway. They were a wide variety of green shrubbery with some white and light blue flowers mixed in between.Bookmark here

“Could we perhaps sit in your car and talk. It’s freezing,” I said with a big smile on my face and rubbed my arms to show how cold I was.Bookmark here

“Naturally,” he concluded with a bow of the head. He spun on his heels and swiftly made his way to the car. Even opening the passenger side door for me.Bookmark here

“Thank you so much,” I said. Making sure to look straight at the peeping toms as I shut the door of the car.Bookmark here

“Do you smoke?” he asked and offered me one of the cigarettes out of his pact. Even though not a single cigarette was taken out, the pack seemed to have been crumpled up multiple times.Bookmark here

“Oh no. I don’t smoke either but thank you,” I politely declined and turned in my seat. Making sure my back was towards the house. It seemed Yusuke caught on at what I was doing and kept his head straight and in line with my body. Making it impossible for them to even read our lips.Bookmark here

“Perceptive of you to note that I don’t smoke,” he said and threw the pack into one of the glove-compartment. His face was stern, and he didn’t show any signs of even smiling once in his life. His hand quickly slid down into his breast pocket and conjured a small envelope. He held it out for me to grab.Bookmark here

“What’s this?” I asked and took it carefully from him. There was no writing whatsoever on it, just a plain envelope with something inside.Bookmark here

“That is your insurance,” he said cryptically before continuing, “Do you know what Red ash is?”Bookmark here

“I’ve heard of it. Never seen it in person, but I know a bit,” I said and slid the envelope into my own pocket. I noted that I should only see what’s inside it when I’m alone. Don’t want the prying eyes seeing it.Bookmark here

“Well, what would you say if I told you. I have it on good authority that someone in that house and possibly all of them. Are you involved with the trade of Red ash in this area?” he asked and pulled out a lighter from somewhere in his side door.Bookmark here

“I’d tell you to get lost and get out of this car,” I replied.Bookmark here

“I see,” he stated and gave the lighter a flick. The short burst of light from the sparks lighted up the car for a moment. “Then I have another thing to tell you.”Bookmark here

“You can stop right there. Thanks for the insurance and the hearsay Officer Kurosawa. But I best be getting back to the party,” I cut him short and shifted to open the door and leave. But my wrist was gripped tightly in an iron grip.Bookmark here

“Wait, hear me out. I’m not expecting to tell you everything here. Or, in fact, share any classified information with you. I only want you to hear what I have to say and give it some thought. Then if you want to take me up on my offer. Contact me,” he stalled for time as I ripped myself free from his hand.Bookmark here

“We’ve been trying to stop the spread of Red ash, and I was assigned to this district. After some investigating, I narrowed down the dealer and suppliers to a shortlist of people. All returning soldiers, and unfortunately, three of them are in that house. Now I need your help. So, if you ever suspect something and want to know the truth. Contact me,” he explained and gave the lighter another flick. He handed me a card. It had his name, number, and station precinct number on it.Bookmark here

“Goodnight, Officer,” I said and got out of the car.Bookmark here

“For you as well,” he added before I slammed his door shut.Bookmark here

“Not possible,” I mumbled as I made my way back to the front door. They wouldn’t get themselves involved with narcotics. It may be tough times to get any job right now, but I fought next to them. I know they wouldn’t even think about destroying other’s lives and exploiting them for their own gain. I pushed open the door so forcefully that Judy, who was standing behind it, nearly fell over with fright.Bookmark here

“Ah, honey,” she shrieked, pulling her hand close to her chest as she stumbled back.Bookmark here

“I’m so sorry. I didn’t mean to frighten you, darling,” I apologized and as if by some incantation. The sight of her quelled my anger. I put the card down on the small table next to the flower-filled vase.Bookmark here

“No, don’t worry. It wasn’t on purpose, but what did you talk about?” she asked as I pulled her close and gave her a kiss on her head. She was a fair bit shorter than me, and her hair smelled like coconuts.Bookmark here

“He just told me I could call him anytime and,” I said before the ruckus from the living room spilled out into the hallway. It was the other four all coming barging in at once.Bookmark here

“What did that pig tell you?” Shouted George.Bookmark here

“Are you all right?” asked Mikey.Bookmark here

“Is he gone?” asked Yohan.Bookmark here

“I brought your beer,” added Albert as he came in with two beers. I was impressed he could hold both since one half of his one hand was only wood. But I took the beer from him and gulped down about half of it before I turned to address them all.Bookmark here

“Yeah, I’m fine, and he’s gone. All he wanted was to try and recruit me into the force. But I told him, starting tomorrow, Mikey and I are going to be working in a café,” I answered all their questions and clicked beer cans with Albert as my way of saying thank you.Bookmark here

“You some kind of a barista now?” asked George.Bookmark here

“That’s what I asked the captain when he told me of this offer. Never thought you would take Albert's letter serious," confessed Mikey with a shrug.Bookmark here

"Me neither and I wrote the damn thing," said Albert as he scratched his head.Bookmark here

“I decided in the car ride here that I wanted a peaceful job away from fighting. Even though working at a café wasn’t going to be paying well, I could always do some odd jobs here and there. Besides, I’ve got the military’s payroll backing me for the first few months,” I explained as I took Judy in under my arms. I couldn’t help but give her another kiss on the head.Bookmark here

“That’s sad to hear. I wanted to make you an offer to join Albert, George, and myself in our business venture. But I guess that offer is always on the table, so no rush on your end,” said Yohan as we made our way back to the living room. It was strange, looking in this lighting at Yohan. People could almost say we were brothers, or twins even. Same blond hair, pale complexion, and everything. I just might be a bit better built than him, but we were even the same height.Bookmark here

“Thanks, Yohan. I’ll definitely keep that in mind. But I want to take it easy while also readjusting to everything. I mean, I’ve been back hardly a day, and no ones shot at me. Quite different from the usual,” I joked, and we all began to talk as if nothing had happened earlier. I guess they took from my reactions and answers that I didn’t want to dwell on it.Bookmark here

The night’s celebration carried on far longer than planned. In fact, it ended so late that I couldn’t even spend any time with Judy. We both immediately got into bed and passed out. But that was probably the best night of sleep I had in quite a while.Bookmark here

With the sun about halfway to noon, the house burst to life. I finally recovered and was ready to get on with the day’s work. Mikey was already waiting in the car for me as I slipped out of the front door, eating the last piece of toast from breakfast. Judy followed behind me closely with her bathrobe still on and hair wet.Bookmark here

“I love you so much, honey. Now go get that job and learn to make some decent coffee,” Judy said as she gave me a quick peck kiss and sent me on my way. It was a strange feeling, going for a job interview so shortly after coming back. But I was filled with a boyish eagerness and excitement.Bookmark here

“I love you too, darling, and you’ll see. Everyone in this city will know the name of Ludlow Reinhard. York’s greatest barista and possible the world,” I proclaimed as I pulled open the door of the car and settled down in my seat.Bookmark here

“Well. You’ll be facing some strong competition, Mr. Reinhard,” said Mikey, who seemed half asleep in the passenger seat. This was it. This was the start of my new life.Bookmark here 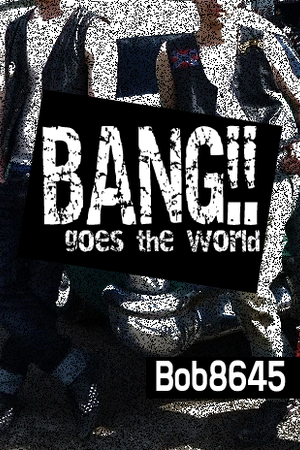 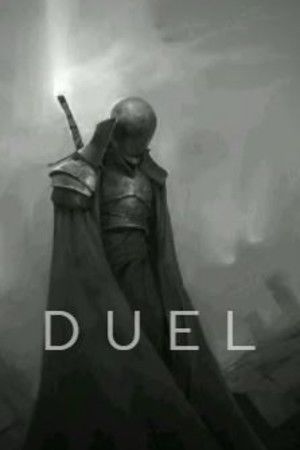