“Glasses, get out of here.”

The boy adjusted his glasses slightly.

Itsuki rolled her eyes and stuffed her face with more shrimp crackers. The boy turned to Haruko and extended his hand.

“Glasses stop. Everyone knows the elections haven't been held yet. You don’t have to explain every little detail…”

“Kaito-kun is a childhood friend of mine. I’ve been stuck with glasses for my entire life and let me tell you he really did act like this as a kid. Plus, he still doesn’t call me by my first name!

Itsuki brushed some of her stray hairs behind her ear,

“He was a bookworm and a walking dictionary even as a kid. He’d start talking, then stop himself to explain a word he used or to-”

Kaito cleared his throat loudly, as Itsuki grinned and raised her eyebrows at Haruko, as if saying “got him.”

“Save the irrelevant information for another time.”

“Oh so I can tell her these stories, just not when you’re around?”

The pair stared at each other, waiting to see who would throw the next punch. It was Haruko’s turn to clear her throat.

Kaito turned around, adjusted his glasses for the hundredth time and placed two pieces of paper on the desk, one for each of the girls.

“Yes, as a matter of fact. Here are the club registration documents. Here at Miyazaki High, no matter the grade you are in, it is mandatory to be part of a club and to participate in after school activities. I personally recommend the poetry club.”

Itsuki looked over the paper quickly.

“Ooooh, I forgot about this. Yah, what club did you pick, glasses? poetry right?”

“... I am not required to answer that question at the present time.”

There was a short pause. Kaito then proceeded to walk away as if nothing happened. He approached a group of boys at the other side of the room, handing them the same papers from the stack in his hand. Haruko examined Itsuki’s face carefully before asking,

“N-no it would be better to use the last na-”

“Great. If you want more chips in the future, you’ll call me Itsuki.”

Itsuki smirked and leaned on the table. Haruko let out a short sigh but smiled at her new friend. So she was the type who liked to drop the formalities pretty quickly it seemed. Still, calling her by her first name would require some practice. Haruko smiled.

“Ayane-san. What club will you be joining?”

Itsuki scowled and looked at her paper.

“Uhm. You must be..talented in many things then.”

“Not particularly. I just joined whatever I wanted so that the teachers wouldn't chase after me. I didn't show up half the time.”

Oh. A brilliant strategy. The epitome of teen laziness. Haruko lowered her eyes and smiled.

“You have a very depressing smile.”

Haruko’s head snapped back up.

“Oh I- I didn’t mean to offend you or anything. It’s just that… How do I say it? Your facial features make you seem very generous and wise, but they also give off an apathetic feeling. You know?”

Haruko subconsciously raised her hand to her face and touched her cheek. Maybe it was true, though no one had really told her that directly before.

Itsuki fidgeted with her paper before waving her hand at Haruko, asking her to lean in closer. She whispered quietly.

"Don't join the poetry club, I'm telling you. The place is haunted."

"The school library. You know, in all those movies they always have a haunted, gloomy library? Well, we got it. I'm serious."

Haruko stared at Itsuki's serious face. She couldn't tell if it was a joke or not. Still, a haunted library...sounded way too cliché.

The sun was already setting as Haruko packed her bag. Classes just ended and she wanted to take a quick look at Miyazaki High’s library. Specifically the true crimes section. Although she was now a full time student, her interest in Yulan’s work had quickly become a hobby of hers. The books in the tiny one room apartment were already memorised by Haruko, every single page of every book, magazine, catalog. Except the cosplay magazines, of course. Still, Haruko was lazy and only searched for additional articles on the computer; though she remembered the fulfilling feeling of reading a physical book in a library. Although Itsuki said it was haunted... this just made Haruko more curious. She did manage worst things while stalking Yulan's papers, from petty thefts to murders.

“Haruko-chan, you live out near Shinjuku station right? That’s the opposite of where I live.”

“I wanted to go home together.”

Haruko was taken aback. Was Itsuki just really sociable, or was Haruko simply slow??? She’d never made a friend before. Actually, Haruko was never really hated or liked by anyone. I guess you could say she did have friends but because of her intelligence, there was always an invisible barrier between her and the other kids, since she skipped so many grades. In other words, she had more admirers than friends. Although...Itsuki didn’t know her completely yet. Perhaps she would grow bored of Haruko and eventually leave her for others. Still…

Haruko thought about her tiny one room apartment. Yulan rented that place just for Haruko, saying that it was improper for a grown man to live alone with a little girl. He was quite the character, that man. Since picking her up at the hospital, he had never stayed with Haruko for more than a day at a time. She was only 5 years old and stayed alone in that room, waiting for Yulan to walk in. Sometimes, she waited for days, but still she never lost hope. She knew he always managed to come back.

“Haha… well we could always spend some time together...somewhere…”

Haruko said passively. Hearing this, Itsuki jumped up and grabbed both of Haruko’s hands.

“That’s a great idea! You should come over to see my dad’s shop. He’s got lots of really cute things. The girls from Nozaki High always go there. Though they’re annoying and all. I’ll give you my number.”

She quickly punched in her number on Haruko’s old phone.

“By the way, are you going straight home?”

“Ah yes, I just have something to do beforehand.”

“I see. Be careful on the way home now.”

Itsuki picked up her back and walked out into the sun bathed hallway. Haruko adjusted her bag strap and closed the classroom door before heading to the main building’s library. The school had a big square courtyard, with three different buildings surrounding it, with the school entrance at the front. The library was in the left building, near the visual arts and music classrooms. Haruko slowly opened the sliding door and peered inside the quiet library. There was no one in sight and the lights were turned off. Perhaps it was closed? But the door was opened...she could just take a quick peek around. She walked in slowly and turned her head frantically, looking for the true crimes section. The library was so dark she could barely see where she was walking.

Suddenly, a loud thud echoed throughout the empty room. Haruko froze. Someone’s footsteps were rapidly approaching her location. No way. Was the library actually haunted? Perhpas it was because of Itsuki's phenomenal acting, but boy was it convincing. She quickly hid behind a row of books, her heart beating fast. The first day of school, there were no club activities yet. Was it a teacher? She peered around the corner carefully. All of a sudden, she felt a hand grab her shoulder as she let out a scream. 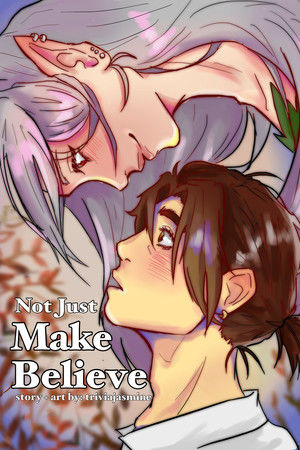