Chapter 1 : I only wanted you to appreciate me.

An unnoticed stone on the Ground

"Haah", I let out a sigh as I try to wake up from my bed. I look at the time and it's already 9:20 a.m. Giving off a yawn and after a few stretches I go to brush my teeth, mumbling, "new day, another struggle."

"My name is Koyama Tatsu and I am a 20 year old teenager living with my parents like any other normal teenager. I've got a mother who absolutely hates me, in fact she wishes she had never given birth to me and I've got a father who doesn't care much about me unless he wants some work to be done in his shop that he runs. I have an elder brother who was caught in an accident when I was fifteen and since then he has been in coma for almost five years now. The doctors have concluded to our family that my brother had cracked two of his spinal bones and even if he wakes up he won't be able to walk and that he would have to spend rest of his life in a wheelchair."

"This may seem pretty unusual or rather a peculiar family to have but I had grown accustomed to it except for the fact that I sympathize for my brother. Being a second child is really hard when you have  parents who are not qualified to be called a parent. Before the disaster struck, my brother, Kazuya Tatsu was all fine and healthy, he was the center of attraction in my family. I was almost non-existant in my own family. No matter how hard I struggled in my academics,   my mother and father was always head over heels over my elder brother. All I ever wanted was a tiny bit of love or appreciation that I guess any kid would want at that age. But to me that was a dream too far of my reach. To be honest my brother had a special kind of charm that would attract people around him and I was sure that I lacked that certain kind of charm."

"Koyamaaa, Koyamaaaa!!" I was taken aback from the loud voice of my father, "hurry up and get the hell out of the washroom, I need to take a piss." exclaimed my father. "O okay I'm almost done", said I, as I hurriedly started gargling my mouth. As I opened the door my father took the doorknob by his hand and made a gesture with his another hand telling, "Move."

"You really need to stop that habit of daydreaming in the washroom" my father told me while he was washing his hand.

"Ahhh" throwing myself in my bed I wished I could really tell them what kind of impression I have upon them on my mind. I really loved both of my parents when I was a kid. I thought I was the luckiest kid in the whole universe to have been born to such a great family. But those days never came back because for some reason my elder brother had become everything to them. I could sense them being really partial with me and my brother. My brother and I was not that really close but we would be there for each other during the times of need, so it didn't really concern me when my brother would get new pair of clothes while I didn't, it didn't concern me when they used to bring sweets and snacks on my brothers birthday while they didn't bring any shit for me, it didn't concern me while they praised my brother more and more to my neighbors while I was almost excluded from the topic.

While getting lost in my own thought like this and thinking about all those days my eyes got watery and tears started falling from the sides. This was not a new thing I always get  teary eyed when I think about it, and this was the truth that always disgusted me, an awful truth that I always wanted to hide, an awful truth that I pretend it to be false.
And that TRUTH is that it had always mattered to me. Even I wanted love and affection from my own parents, even I wanted to spend a memorable time with my parents in my birthdays, even I wished for things any kid would expect from their parents.
But no matter how hard I think about it nothing will ever change. In the end I always ended up convincing myself that it was pointless dwelling about those things.

Wiping off my tears with a towel inside me my consciousness kept yelling, "I will always keep on hating you Mother,.....Father." 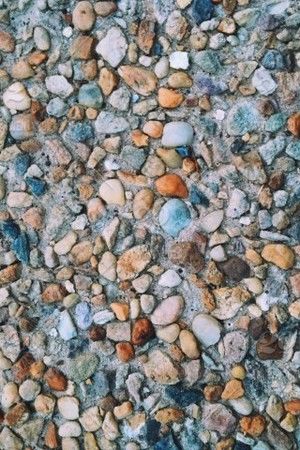 An unnoticed stone on the Ground