The sun had almost rose fully into the sky by the time Lilia and Phos made it to their destination.

His sister had led him through their town, racing him along the winding, well-worn roads. As they passed the citizens, friends and strangers alike, Lilia exchanged cheerful greetings with them.

“Ho, Little Miss!” a gruff old man, weathered with age, called as they passed the towns’ workshop.  “Back so soon?” squinting, he inspected the sled Phos tugged behind him. The blacksmith’s eyes met his for a moment, and Phos nodded in respect.

Lilia ran up to the man, also pausing to lower  her head briefly before speaking. “Nothing is wrong with the sled, Smith Gramps. Don’t worry!”

“Aye, I see that. Taking Young Phos to the hunt, are you?”

“Yep! We’ve got to hurry though,” she stepped back, tapping her foot nervously. “We’re already late... I think? Maybe.”

“You’ve still got some time, girl. The hunt won’t start ‘til noon, at the earliest. Sun needs to warm the ground, get some of this damn snow and ice softened. No hunting to be had for frozen men.” Lilia relaxed. The blacksmith returned his gaze to Phos, looking him up and down with his dark eyes. “Young Phos. How have you been faring?”

Phos met his gaze. While he spoiled his little sister, the blacksmith—Corder— had always spared his breath while speaking to him. Phos didn’t mind, though. He had never been anything but fair to him, even if he was curt.

“I’ve been alright... Uncle brought more... interesting... books from the caravans,” smiling awkwardly, he exhaled into his cupped hands as he spoke, savoring the warmth. “I’ve been reading them. Trapping snow shrikes and land seals. Curing meats. The usual.”

Corder narrowed his eyes. “Books, you say. So books about Aether, then?”

Blegh. Phos knew he couldn’t hide it. He was a bad liar, and even worse at hiding things.

“I see. Proc wastes his coin buying books on those cursed islands. And on the oversized lizards that live on them, too.”

Phos grit his teeth at that. Books were somewhat uncommon in Terra, as the trees needed for their paper grew slowly and sparsely in the cold. His Uncle, however, enjoyed more academic pursuits, and often brought him back a variety of books to read. Of these, his favorites had always been stories of the Aether; the vast, floating islands of the sky, beyond the clouds. The lands of the Flighted, beings with wings, who rode the wind and swam through the air like fish. The lands of the dragons.

“What Uncle chooses to spend his money on is his own business. I would appreciate it if you respected that.”

He couldn’t let an insult to Proc, his uncle, pass. But nor could he disrespect his elder. So Phos simply met his gaze evenly.

Corder remained silent at his response. He didn’t seem to be angry, but his gaze pierced Phos, searching him. And whatever he saw in there made him frown slightly, the wrinkles on his face intensifying.

Lilia glanced at her older brother, eyes full of concern. Then back at Corder. Then back to him.

“Ah! Er! Smith Gramps, we really should be going!” she chirped, grabbing onto Phos’s arm. “We really will be late if we don’t hurry.”

Phos felt the tension leave his body as Corder broke eye contact with him. Inwardly, he sighed in relief.

“Aye. I’ve kept you long enough, Young Lilia. Off with you and Young Phos now, I’ve work to do.” He turned away brusquely, returning to his shop. Before he closed the door behind him though, he called out; “Do be safe though, you two. Been word of dragons sighted in the skies... Damned lizards.”

Now alone together, Lilia released her brothers arm. Phos smiled at her, and she smiled back, green eyes sparkling. Despite her energetic nature and canine-like attention span, she was surprisingly good at reading the mood of people. It marveled him that she could be so utterly unlike himself.

“No problem! But big brother, you kind of suck at talking to Smith Gramps...”

She laughed, looking back up at the sky. A light breeze whisked strands of her hair. Phos tucked his own, which was longer than hers, back in place. He couldn’t help but feel a little down at his exchange with Corder.

“Mm-hm! But this time, let’s walk together. I’m tired of running.”

And so, the two of them finally made their way out of town, heading north through the plains at a leisurely pace, to wherever Lilia was leading him. They chatted and bickered about various things, powdery snow singing happily in their wake.

He was sure they were going to be late to the hunting party’s rendezvous... But he didn’t mind. 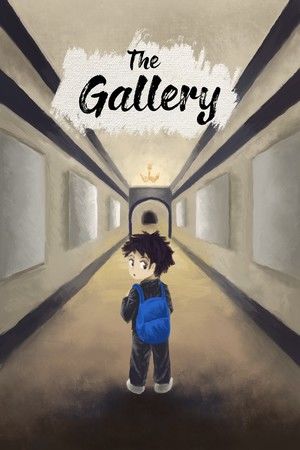