It was a quarter past midnight when a middle-aged man made his way home for the night. He had been drinking late into the night with his neighbor, getting into friendly arguments about the local politics of the small farming community they lived in. No matter how heated the discussions would get, it would always end with a hearty laugh. Everyone in the community was like family, after all.

“Jeez, I didn’t realize we were chatting for this long,” the man said as he walked along the dirt road.

Fields of wheat swayed with the warm, summer winds, brustling against one another with the sound of chirping bugs. There was a thick layer of clouds that night, hiding the glow of the moon. Not that the lack of a light source bothered the man; he’d walked these roads a million times all his life. He could walk these roads blindfolded without an issue.

With how dark it was, he might as well be blind.

“I should’ve brought a flashlight,” he cursed as he continued walking. He might know his way around, but being in near darkness while unable to see things clearly made him nervous.

He wasn’t worried about supernatural monsters, or evil demons, or even other people. What made him cautious was the wild animals that roamed the night.

Supernatural monsters and evil demons were nothing but fiction, of course. And people? They were predictable. The man could easily take on a couple of guys with just his fists.

Wild animals? They were unpredictable. Cunning. Dangerous. If you didn’t watch yourself they could jump you when your back was turned.

The man whistled an old church hymn to make his presence known to any creatures that may be lurking in the shadows. This way he wouldn’t accidentally startle any and they’d keep their distance. Wild animals were dangerous, but they weren’t stupid. They didn’t want to deal with the man just as the man didn’t want to deal with them. When they hear his whistling, they can expect him and keep their distance. And if he kept walking at a steady pace along the path, they were sure to leave him alone.

Only an idiot would try to get involved with the dealings of a wild beast.

As the man approached a fork in the road, he could hear the distant sound of snarls and barks from a pack of wild dogs.

The last thing he wanted to do was deal with strays. They can get territorial, and try to attack if approached. As long as they weren’t on the road, the man could pass them by without issue and leave them alone.

But as the man approached the source of the noise, the more he noticed something was off. He had never heard barking like it before. It was thunderous, but off. Unnatural. There was a weird, high pitch squeal, reminding him of the sharp squeal his old CRT television would make whenever he turned it on.

His stomach began to churn as the barking pierced his ears. Something was wrong. Whatever was making this noise was not natural. These were not wild dogs. Sure, they sounded like them, but they were off. An imitation.

The hairs on the back of his neck stood up as goosebumps covered his body. He couldn’t remember the last time he felt this way: terrified. This was not the same terror as finding a loved one in danger, or being at the opposite end of a drawn gun, ready to end your life. This was fear of the unknown. The unexplainable. The kind of fear you would have as a young child before you truly understood how the world worked. When fantasy could still very much be a part of reality.

Every fiber of his being was telling him to turn back, but his pride prevented him. He could envision his long-time friend and neighbor laughing at him for being afraid of “some dumb mutts.” The sort of ribbing that would last until the end of the season. No, he didn’t want to deal with that embarrassment. As long as they weren’t in his path, he could make his way past them and get home. He would then bury the memory, chalk it up to drinking way too much late in the night, and forget it by lunch the next afternoon.

When the man turned the corner, he stopped in his tracks. Sweat dripped down his brow as a heavy feeling of fear swelled up inside him. The “dogs” were gathered right in the middle of the road, completely unavoidable. Their forms were blurred from the darkness of night. He could only make a vague outline of their shape, which seemed to distort and wobble the longer he stared. Like lines in a rough sketch, it was undefined.

The pack of “dogs” were focused on something, but the man couldn’t tell what it was. He had little interest in finding out, either.

Carefully, he began to back away, hoping that he could escape their presence. He would go down another road and take a different way home. It would add an extra hour of walking, but he would gladly take that over having to get a single step closer to those monsters.

The man let out a terribly loud, terribly long, and most of all, terribly inappropriately timed fart.

They stopped. Like hitting pause on a movie, the monsters ceased moving. The distorted barking was replaced by high-pitched laughter as their forms dissipated into the darkness.

Not wanting to know what on Earth was going on, the man quickly turned around and bolted. He ran as fast as he could as the cheerful cackle echoed behind. Pride no longer mattered to him. All that mattered was fleeing the unholy terror that stood in the center of the road.

The man forced his friend to drive him home that night.

He was mocked mercilessly until that winter. 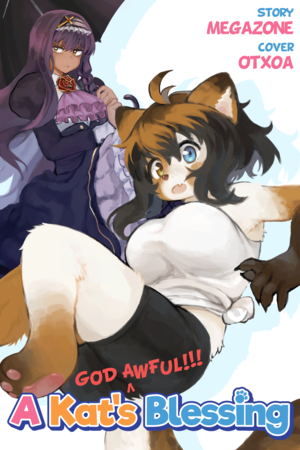