Ch:2 - He who possesses the light

the duo charged at the blood mongers first, trying to evade the huge creatures attacks.Bookmark here

"air cannon superficial blast" Mark shouted as he sent a wave of uncontrolled compressed air all across the area, he ended up decapitating a few of the blood mongers, but it was nowhere close enough.Bookmark here

Stephen on the other hand picked up a crowbar he found nearby and try to smack a few of the blood mongers on their heads, he was able to subdue a few of them owing to his baseball skills, he bashed off the heads off a few of the bloodmongers.Bookmark here

They continued on for some time while dodging the claws of the giant creature, but they soon realised, it was all in vain.Bookmark here

"they keep coming Mark what do we do???"Bookmark here

"We keep pushing I think....we can't do much else at this point"Bookmark here

"well even if we die this way, it's a cool end...hehe" Stephen exclaimed in a feeling of pseudo optimismBookmark here

Just then mark lost his footing and got hit by the claws of the giant creature, his hand was ripped from his body, it held on just by a few tendons and ligaments, there was blood all over, Mark hit the ground hard, he lay there with his hand almost detached, he had lost all movement in it.Bookmark here

"MARK!!!!" Stephen shouted as he let go of his crowbar and ran towards mark to pick him up, he kept his head in his arms and supported it off the ground.Bookmark here

"Mark.... you... allright, you're losing a lot of blood, i..i..I'll save you no matter what" Stephen asked, crying madly and tremblingBookmark here

Stephen got up after gently putting mark down who was still alive but not for long...,Bookmark here

"I will kill each and every one of you...!!!!!" shouted Stephen as he picked up his crowbar, closed his eyes and got ready to face the worst.Bookmark here

the blood mongers rushed towards the duo and the giant one pounced on them it was only a matter of time before they would be finished........no escape now,,,, or so they thought.Bookmark here

*BOOOM* a loud crash made Stephen open his eyes, and in that split second he saw a man who looked in his mid 30's and was fairly well built yet thin and fit, he had a major beard and a messy hairdo, was probably abt 6ft or so but it was hard to tell as he was not very close to him, his long jacket swirled in the wind as he removed it from his shoulder on which he was carrying it and threw it in the air, as it was blowing away with the wind, the man suddenly disappeared from the spot and reappeared in front of him.Bookmark here

"you alright...mate!!!" the man asked in an uplifting tone and with a smile on his face.Bookmark here

Stephen didn't know what to make of this situation, he couldn't answer, it was all happening so fast. Bookmark here

The man suddenly shouted 'The will of light' and he sent out a blinding light that obliterated all the small blood mongers on the spot but the giant one was still intact, it got a bit startled following the man's attack.Bookmark here

Stephen observed from behind the man while admiring his strength, he saw as the man disappeared from one spot and reappeared in front of Mark, he lifted him up gently and disappeared yet again and appeared near Stephen as he was standing on a safe spot out of the range of the giant Blood monger.Bookmark here

"you did well...MARK!!! don't die on me now, just give me a few seconds to deal with this one.." the man reassured mark, who was still alive and fighting for his life.Bookmark here

"you're brave too boy.....you take care of him now" he reassured Stephen as well, looking towards the giant all the while.Bookmark here

the man walked towards the giant creature all alone leaving the duo behind, his clothes shining in the light of the sun above and his long yet messy hair was blowing in the wind.Bookmark here 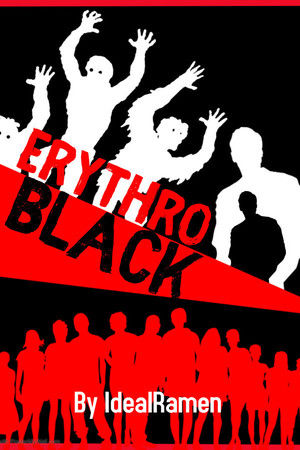