ORIGIN - The Birth of a Brawler

I coughed up blood, and staggered backwards as a sharp pain permeated my entire being. How did it end up like this? Why was there such a drastic difference in strength? This was a mistake. If I attack one more time, I will die. Darkness slowly began to envelop my eyesight, and the last thing I saw was the disappointed face of my father staring down at me as my consciousness slowly faded away.Bookmark here

I've always loved animals. It's not because I had a particular fondness for animals over other things I enjoyed, but merely because animals were all I've ever known. I was raised mostly by my father, a zoologist who ran the city's largest zoo, and would spend most of my days there as a kid. Time other kids spent playing video games or sports was time I spent watching the walruses, feeding the giraffes or having staring contests with the crocodiles. My dad was much the same. However, after losing my mother to an unknown disease, he began to drown himself in his work, with his love eventually turning into an obsession. Bookmark here

Over the next few years, my dad became an animal of his own. He eventually completely forgot about me, choosing to instead study his animals and stay at the zoo for days on end. When he got home, he would beat me, telling me I would never be as strong as his lions or as smart as his dolphins. He would completely restrict my internet access, instead forcing me to watch nature documentaries on repeat and learn to differentiate the cries of extremely hyperspecific animal species. I started to hate animals with all my heart, my burning desire to fight them steadily increasing each day. But most of all, I hated my dad. I would show him I was truly strong, that humans are better than any animal ever could be. After secretly learning a few martial arts moves, I decided I would take the fight to him. Bookmark here

And that's how I ended up in this situation. Curled up on the hardwood floor of his office, cowering like prey at the strength of a true predator. Bookmark here

"Get up. Rhinoceros beetles can carry 850 times their own weight, and you can't even take a single punch?" My father scoffed.Bookmark here

I slowly rose to my feet yet again, raising my fist. But before I could even swing, I was knocked right back to where I started.Bookmark here

His foot was raised and his arms were outstretched, giving off the impression of a bird of prey. Did he just kick me to the floor? I didn't even see his strike! A primal fear began to rise within me again.Bookmark here

He suddenly struck another pose, thrusting his arm forward and contorting his fingers into a claw shape. Bookmark here

"Wait! I give up!"Bookmark here

If I didn't, my life would have ended right there. Bookmark here

"Hmph. Just what I expected from a fledgling like you."Bookmark here

I lost the battle, but would not lose the war. I knew I needed experience; I knew I currently was no match for my father, who had mastered the techniques of the entire animal kingdom. But I would learn. Humans have a single power, one that no other animal on Earth possesses, that puts them on an equal playing field despite their lacking strength. They have an indestructible will, one that can never be crushed.Bookmark here

"Send them after me. All your animals. Give me everything you've got". My voice stopped quivering, and I slowly gained more confidence. "I'll fight, I'll learn, and I'll survive. I'll grow into a fighter stronger than you've ever known, and beat them all. And if I do..." I stared him directly in the eyes. "I'm getting a rematch."Bookmark here

"You just declared war on the entire animal kingdom." he smiled.Bookmark here 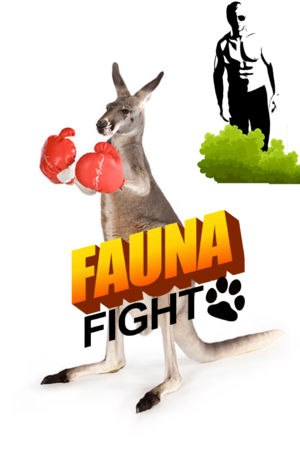