I always like to look back at the time I met her, It was a pretty crazy day that definitely changed my life.Bookmark here

It all began on a Tuesday morning, I was on my way to school. The sun was so bright it shined threw my sunglasses and the sky was a crisp blue that just made me feel like today was going to be great; little did I know this day was going to change everything. My walk to school was long and boring, I just listened to music and enjoyed the same old scenery of trees and rice fields I get to see every day. Today was a nice acceptation, though. The cherry blossoms were blooming, and the blossoms looked beautiful as they waved around with the addition of the cool breeze. I started walking down a side road, but I saw a girl on the ground, she had long wavy brown hair and seemed short, as I got closer I noticed they hurt her; I ran over there as fast as I could. When I finally got up to her, I noticed there was somebody sitting a few feet away; It was a random person dressed in all black, with a ski mask that gave me a pretty bad vibe. I asked what they were doing, but they walked. He walked right past me and up to the girl; he stabbed her in the shoulder; I watched the blood pour out in total shock. After taking a better look at the girl, she had bruises and cuts all over her. It was clear she was trying to protect herself, but failed. I decided it was time to take matters into my own hands and started running and the man; I threw a punch that hit his jaw and sent him back a bit. He still didn't budge at me. He looked at me and finally spoke.Bookmark here

Masked man: You're not the one I want to fight, stop this nonsense already and get lost.Bookmark here

Me: What the hell is your problem? Why do you want to hurt her?Bookmark here

This was when I felt something inside me, it was a powerful rage mixed with a cry for help, I could feel my fight or flight kicking in, I didn't believe I could control it. The rage kept building. It was like a demon taking over my mind; I kept trying to stop myself, and even the masked man looked at me in concern.Bookmark here

Masked man: Maybe I should get you out of the way.Bookmark here

Me: No, I will not let you hurt a single person as long as I'm standing here, you bastard.Bookmark here

My words slurred and became non-understandable because of this rage, I've felt nothing like it before and it scared the hell out of me. I finally just let go and went with the flow, I screamed and cry, my tears flowed like rain and my scream reminded me of a lion trying to protect its children. The masked man stood in complete shock as something I didn't even notice took place, My body formed a whitish spot on my shoulder that glowed like the sun poking through a cloud. I looked at the masked man with complete fury in my face. It was time to stop him. I still to this day don't understand why I got this mad, I felt like my world was ending; it felt strange, and my heart hurt horribly. Somehow I felt like this girl lying there was the reason something about her gave me a really nostalgic feeling in my body. I walked up to the masked man and before he had any chance to dodge; I hit him directly in the stomach with all of my strength. He instantly fell to the ground and fell unconscious, I took this time to care for this girl. Her bleeding had slowed down, but I ripped the sleeve off my shirt and wrapped it around her shoulder, stopping any further bleeding. I tried and get her to a real professional; I picked her up and started carrying her. This girl's skin was softer than anything I've ever felt, but I knew thinking about any of that stuff had to wait. I looked up at the sky and noticed that it was getting really gray and dull; it seemed an awful rainstorm was up ahead; I needed to get out of there as fast as possible. Disregarding the masked man, I started running as fast as possible; I was heading straight for my house, but time was ticking fast. Small droplets of rain hit my back, but I didn't stop, I was a mile away from any hospital and only around 3 minutes away from home. Both places were in the same direction, but I didn't know what to pick. If I bring her to a hospital, they might take her away from me and I might never see her again. I didn't know why I cared so much, but I knew this girl was really important. It was now or never; I had to choose right now…Bookmark here

I finally decided on my pick, I was going to bring her back to my house and help her recover. I began running again, but something hit me. I'm just with a random girl I've never met; held tight and snug in my arms, I didn't even understand what I was doing. I ran through the rain, my legs were burning but the light rainfall soothed the pain. As I ran and ran, it felt like it was going to be an eternity until I reached my destination, My body was reaching its limit. Suddenly, as I was about to give up and fall to the ground, the girl woke up and looked directly at me. She wasn't confused, all she did was look at me and smiled.Bookmark here

Girl: Thank you so much.Bookmark here

As she said this, she passed out again; I believed she didn't have much time left, so I mustered up every ounce of strength and kept running; I tried to distract myself with the sound of the rainfall. The only problem being is that it started hitting my back, harder and harder. I Just tried to look at my surroundings and focus, the trees, crisp blue ponds, and the bright green rice fields. I kept running until I saw my bland blue home with nothing but dirt and a few flowers surrounding it. I decided to finally stop at my porch and sit down. This is when I felt a tingle again, the same one as last time. It went from just a tingle to excruciating pain with the feeling of sharp needles stabbing every part of my body. I started screaming in agony, my sight was fading and I felt like I was dying. After this I believe I passed out but there was a weird feeling still, the tingles, they were still there and it felt like I was dreaming. After a little while of just feeling these body tingles, my eyes opened, and I saw somebody in the distance, waving at me with a beautiful smile on what seemed to be a girl's face. After getting a good look at this figure, I noticed it was the girl; the girl I just saved. In the state I was in, no words would come out, yet everything I wanted to say was lying on the tip of my lips. my body tingling has stopped, and she kept walking, with every step making this gloomy dream like world surrounding me darker. Once she came up to me, it felt like darkness surrounded me. The only reason I could tell something was there was the footsteps and breathing.Bookmark here

Unknown: The forest, save me.Bookmark here

As I tried to say something back, the words didn't want to come out; something trapped me inside of my mind. Proceeding this, I blacked out again; for some odd reason, though, it kept happening until I eventually woke up. After waking up, I looked around me; I lied half dead on my front steps with no thoughts going through my mind besides my burning curiosity for that girl I saved earlier. As I tried to stand up, it felt like my legs had knives cutting through me, but that pain didn't matter anymore. I walked through my home, though this time I felt like something was missing, everything was normal, the pictures and paintings, the vibrance that made my home what it was, is still there. As I kept walking it hit me, everyone was gone, my house that was previously loaded with people, was empty, I was all by myself for the first time. Thinking that it was nothing more than a special event they went to, I kept searching for the girl.Bookmark here 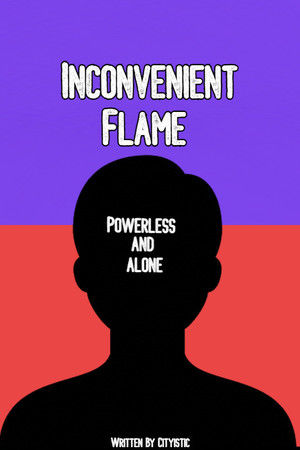