Aurelia woke up from her slumber just as the sun had reached its full height in the sky, and was starting to descend, lowering the temperature of the air. The chill wasn’t much, but it made her restless. The buzzing of insects and chirping of birds was much quieter now than it had been during the day; they must have tucked themselves into their nests, too. Nobody liked the cold in Azmanthus, except the dragons and other Flighted from the colder island chains of Cirr, floating much closer to the surface of Terra.

Aurelia had met a dragon from such a place once before— they were iron blades, sharpened by the unforgiving lands they dominated. Much like Aurelia’s own scales, the dragon she had encountered briefly had been a washed-out silver and white, as if his essence and spirit had been drained by the temperatures of his homeland.

Too cold. But even the Cirr Kingdom isn’t as cold as Terra... Can’t imagine what it’s like. How do the Grounded put up with it down there?

From her birds eye view, Terra has always been a frozen wasteland, with scattered groves of scrawny hardwood trees. Compared to Aether, with all of its tropical splendor, it was just downright pathetic.

Aurelia stretched, arching her back and flexing her powerful limbs. Her blood warmed her, fiery and fulfilling.

Her stomach growled, and she winced, noticing the dull ache. Belatedly, Aurelia realize she hadn’t eaten since the morning, and her belly felt like it was filled with acid. Perhaps she would hunt helion cranes tonight, while the kingdom was busy with the Queen’s ceremony. Just the thought of their succulent, avian meat made her drool.

Her internal plans were instantly shot down, however, when a cobalt blue drake alighted on the rocky ledge to her den’s entrance. Backlit by the sun, his massive form cast a long shadow across the floor, dwarfing Aurelia. Gently arcing horns adorned his head, ran down his spine, and his clear yellow eyes shared her feline-like pupils.

Yes. This regal drake was her father, Veskar— Guardian of the Storm. The greatest storm dragon in Azmanthus...

He swept forward in the blink of an eye, moving with incredible grace for a being of his size.

Aurelia shrieked in surprise as Veskar hit her full-speed with a hug, somersaulting them both into the air outside. Tangled together in a scaled ball, they free-fell down the Spires, towards the ground below. Neighboring dragons minding their own business in their dens quickly ran to their own ledges, some peeking over in concern, others in curiosity.

“Esteemed Father—“ Aurelia snarled, flailing like a beached fish as she attempted to free herself. “Gahhhh! Let me gooo!”

“Aurelia! It’s been too long, my daughter!” his laughter was filled with pure delight.

“It’s been... Only... Five days!”  she sunk her teeth into his shoulder, and he let her go from his crushing embrace with a grunt. Aurelia whipped her wings out, breaking her fall, catching the air beneath her and flapping wildly. She ascended, zooming above Veskar. He wasted no time doing the same, flashily flipping over midair and pumping his blue wings to give chase into the sky.

“Nice to see you, too!” His voice boomed. It was like the rumbling of thunder. “That’s no way to greet your dearest Father!”

“Speak for yourself! Who greets their own daughter by tackling them off a cliff?!” She roared back, pinning her wings to her side and diving to gain speed. She sped over the tops of the forest canopy below her, a green blur to her eyes. “Who greets anyone like that?!”

“I do, if the dragon in question is my beloved daughter!”

Veskar clapped his wings together once, pure electricity arcing off his body wildly before consuming him completely. He blinked to her location, and Aurelia grit her teeth in irritation as he instantaneously caught up, now easily flying alongside her. He smiled, and Aurelia knew he could have just as easily sent her crashing to the ground with his powers, if he had wanted to.

“Alright, alright! I get it,” she huffed, hanging her head low in defeat. “You win, Esteemed Father...”

He chuckled, reaching a forearm out to pat her shoulder as they slowed their flight and circled back to the ground. They both landed, and Aurelia stomped off to sit at the base of a large tree. Birds chirped and sang from their nests in the branches above, filling the forest with their evening music.

Veskar followed, and sat next to her. He was easily twice her size, although her mother was still somewhat larger.

“So, my daughter! I came to talk to you, before you ran off.”

“Before you pushed me off a cliff!”

She grumbled, looking away from her father, up at the cloudy sky. The setting sun was painting the clouds a beautiful mixture of pink and orange. How pretty...

The sight relaxed her a bit. She turned back to look at Veskar.

“You act like we were ever in danger.” He wrapped one of his enormous wings around her. “I wouldn’t have let either of us hit the ground. Plus, you got some training with the Guardian of the Storm himself.”

Aurelia couldn’t help but soften her usual scowl at that, a faint smile replacing it. A sudden wave of exhaustion hit her body as the adrenaline coursing through her veins dissipated.

Veskar looked up at the sky, too. She thought his face looked uncharacteristically sad, for a shadow of a second. But when he stood up and turned to face her again, it was gone.

Perhaps I simply imagined it. Esteemed Father wouldn’t make a face like that.

“We do need to talk, though. I assume you are aware of Her Majesty’s ceremony tonight?”

“Good. I won’t have to fill you in, then. I’ll keep this brief: you’re coming with me, Aurelia.”

“I don’t want to. I’m famished, cold, and the ceremony will be filled with dragons.”

She instantly felt ashamed for complaining when Veskar sighed.

Her face burned in shame.

“It is not a matter of whether you want to or not, my daughter. Her Majesty has summoned all dragonkin of Azmanthus to pay our respects to the eggs of our future rulers. To bless them.”

The Laying Ceremony. The celebration of new life, cradled within delicate shells of armor, fragile and pure. Among the many traditions dragons had, the ceremony where they blessed and gifted the developing eggs of their kin with emotions and memories of goodwill was most sacred. The memories and feelings given to them were said to nourish the embryos, giving them substance to dream peacefully as they grew in the egg. It could even influence what element they attuned to.

Surely no memories I have are befitting of being given to Her Majesty’s children. And emotions from me would only taint them.

But she could see no way to escape. Her father had personally ordered her to attend with him; she could not disobey him. Any further objections would merely make an mockery of herself.

Veskar’s bright yellow eyes searched her own. He smiled once more at her, cat eyes filled with warmth, and Aurelia was again reminded of how similar they looked to each other. She didn’t know why, but that comforted her, and her heart warmed.

“Fantastic! Now, let us be off. There isn’t much time before it begins... Ah, let’s polish our scales together! Beloved Daughter, allow me to pick out the finest...”

They took off into the sunset, her father talking away, back home towards the Spires.

Veskar was the greatest storm dragon in Azmanthus. And secretly, she relented that he was a great father, too. 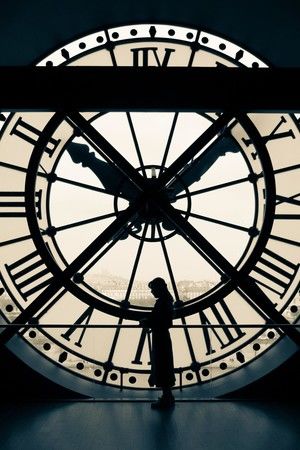