Vorelando Magic (brought to you by Pringles)

“I’m gonna devour that boujee son of a bitch.”Bookmark here

“No way, Mark is gonna eat you for breakfast.”Bookmark here

Kobe Steakhouse stood on top of his desk proudly and pre-emptively proclaiming victory. He had been known for years as Mr. All Sizzle but today was his chance to prove he was more.

Why? Because today was the day of the junior state vore championships, Kobe was the first student from his school to ever qualify for the finals. Barry ‘Big Berry’ Juiceman, the guy trying to temper Kobe, was the second.

Watching on from a few desks over was Vorelando Jones, staunch anti vorer and best friend to both Kobe and Berry. The three of them had become a tight knit clique ever since Vorelando had moved to their school 5 years prior.Bookmark here

“Vorelando, you coming to the finals later?” Kobe shouted from atop his desk.Bookmark here

From the outside, someone like Vorelando being friends with two aspiring voremen might seem odd. To Vorelando though, there was nothing strange about it. When he had moved back to this school, he had been asked a lot of questions.Bookmark here

“Where you really from?”Bookmark here

He reckoned that was all par for the course for someone with his complexion arriving midway through highschool and calling themselves a local. It didn’t make it any less grateful.Bookmark here

That was the first question he was asked by Kobe and Berry. They didn’t care who he was, just who he was. They were weird folk but everyone trying to get into the vore game has a screw or two loose, that was the saying.Bookmark here

“Come on Vorelando, this might be the last chance to ever see us vore, win or die.”Bookmark here

Kobe was right. If they died, of course, they’d be dead and Vorelando would never see them again. Even if they pulled off a miraculous victory, they’d be going off to college on athlete’s scholarships. College was a place someone like Vorelando could never approach, alternative career paths were no longer available through tertiary education, either you were employed by Big Vore or you were Big Vore. The only remaining choice anyone had was self sustaining agriculture and Vorelando wanted to do exactly that.Bookmark here

“I’ve told you no a million times man, you could promise me a night on the town with Delicious Pernicious and I’d still tell you no way.”Bookmark here

“Why you gotta be so up tight about it bro, it’s just a bit of vore.” Berry interjects.Bookmark here

“I have my reasons…..”Bookmark here

Berry looked at Vorelando with a sad resignation. Kobe jumped down off his desk, put an arm around his shoulder and turned him the other way.Bookmark here

“Don’t bother trying with that prick, he’s never up for any kind of fun.”Bookmark here

Despite saying that, Kobe was really looking out for Vorelando, leading the topic of conversation away from him. He had never once asked Vorelando why he wasn’t into vore, it didn’t matter to him.Bookmark here

Suddenly the bell rang for the end of school, an hour earlier than usual on account of everyone’s plans to head to the voratorium and watch Kobe and Berry’s matches. The faculty had decided to let off early, anticipating issues transporting this many students to the city in a timely fashion.Bookmark here

It was a decent lengths to Crackremento and Berry’s match was starting at 8, they’d need to leave now to be in early. 2456 students out of 2457 were planning to go, this was a real event.Bookmark here

Not wanting to get caught up in the crowd, Vorelando slung his bag over his shoulder and sped towards the door. On his was past, he gave his friends some parting words.Bookmark here

“You too man.” Kobe said as Berry remained silent.Bookmark here

As he walked out the door, Vorelando contemplated waving goodbye but decided against it. You don’t say goodbye to friends, he thought, especially not the last two you’ll ever have.Bookmark here

Vorelando ran past everyone leaving the school to make sure he got to the bus stop by himself. He got on the first bus that arrived, the 69b. It didn’t take him home but he didn’t want to go home. If he did, a certain someone would come and drag him to the voratorium. His plan was to take this bus to its destination and make it home from there. He reckoned if he was in motion, he couldn’t be found and by the time he was off this bus it would be too late to make the matches on time even if he was.Bookmark here

He rested his head against the window and dozed off. All he could see were dreams of his future. Just Vorelando, a few cows and a zucchini patch. That was all he wanted.

Suddenly Vorelando was woken by the sound of someone slapping the window of the bus as it was moving. The driver slowed to a stop to let the person on, not an uncommon occurrence in a town as small as the one Vorelando lived.

He rested his head back against the window and closed his eyes once more.Bookmark here

“Now Vorelando, why the hell did you make yourself so hard to find.”Bookmark here

A familiar voice sat itself down beside him. It belonged to Cayenne Peppers, the baddest bitch this side of the switch. He’d known her since he was a kid but both had agreed to keep that a secret when he moved back. He was grateful to her for that, he couldn’t have stayed here if people knew who he was. Bookmark here

“How did you catch up to me Yen?Bookmark here

Cayenne tried to control her breathing but couldn’t prevent herself gasping for air. She was drenched in sweat and her cheeks were flushed. It took Vorelando back to a primal time in his ancestry. Given the chance, he would absolutely destroy Cayenne Peppers.Bookmark here

“Then where’s your bike?”Bookmark here

“I don’t owe you shit.”Bookmark here

“No I fucking don’t.”Bookmark here

“Look we can leave the bike thing for later, what are you doing here Vo?”Bookmark here

This was why Vorelando hadn’t gone home, he knew Cayenne would’ve found him. He had considered a more elaborate plan that involved him getting off the bus at every stop and switching routes, but he thought that what he’d done would suffice. It hadn’t.Bookmark here

“Well so am I.”Bookmark here

“You should come with me.”Bookmark here

“Where are you going?”Bookmark here

“I think I’ll pass, that’s where the Voratorium is.”Bookmark here

“It’s not about them, I just can’t go.”Bookmark here

“Yeah, I know, it’s all about you. Always is when it comes to vore.”Bookmark here

“You know why I can’t go, get off my case.”Bookmark here

“Then-“
“But it sure isn’t an excuse to not sit outside it and support your friends. You know they’d do anything for you.”Bookmark here

“You’re right Cayenne, you’re right…. But still, I can’t go back to the voratorium after what happened….”

“You don’t even have to watch, you only have to be there. I’ll get you a fucking blindfold if you’re that worried.”Bookmark here

Cayenne was right. If this were anything else he’d be in the stands supporting he brothers. He couldn’t keep running from it, vore permeated every facet of the society he lived in, he was always going to have to face that reality eventually and the day he finally did had arrived. Bookmark here

Vorelando stood up with as much sex appeal as humanly possible.Bookmark here

He checked the time on his phone, it was already 6:30, Berry’s match was to start at 8.Bookmark here

“I’m guessing you didn’t come here with a plan to get us to the Voratorium by 8 did you?”Bookmark here

“I didn’t think I’d be able to convince you to go to be perfectly honest.”Bookmark here

Cayenne tried to stand up and formulate a plan but Vorelando pushed her back into her seat.Bookmark here

“I’m taking over from here, make sure to hold on to your seat.”Bookmark here

He marched up to the front of the bus towards the bus driver.Bookmark here

“Bus man, where does this route end?”Bookmark here

“Yeah, its my hobby, you’d be surprised how engaging the lives of other people can sound when they think no one else is listening.”Bookmark here

“A guy for interesting stories, are you? Then how would you like to be involved in one?”Bookmark here

“Listen kid, this bus goes where I say it goes, end of. Now sit your ass back down.”Bookmark here

Vorelando grabbed Bus Man by the throat with his left hand and his eye’s went wide.Bookmark here

Bus Man’s wife hadn’t slept with him in months but that didn’t mean she was going dry. This is why he had turned to eavesdropping, if he could live vicariously through people who’s wives weren’t cheating on them, he could almost feel like his wife wasn’t cheating on him, no matter how many times he walked in on her in bed with Gary from work.Bookmark here

He had finally been learning to enjoy life again, see colour in the sky, smell the roses and taste sweet things again by eavesdropping on the passengers of his bus. He didn’t want to lose that, he thought an extended stint away from his bus of stories might drive him over the edge.Bookmark here

“You know, speaking of hobbies, I’m a bit of a recreational bus jacker.”Bookmark here

Bus Man didn’t say anything, he just swallowed nervously. He wished he had even a fraction of Vorelando’s exaggerated swagger, maybe then his wife wouldn’t be having an affair. But he didn’t. She was having that affair. Bus man was weak and he knew it, all he could do was listen to what Vorelando had to say and hope that he wasn’t hurt. 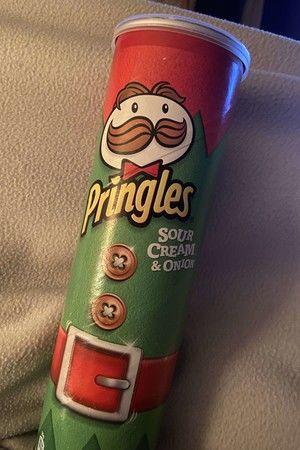 Vorelando Magic (brought to you by Pringles)