“For the last time, kid. I can’t teach you the game of basketball if you have no talent!”Bookmark here

The head coach of the Kendriya Vidyalaya (1) Basketball Team, Bhaskar, was extremely vexed with the continuous requests.Bookmark here

“But sir, I love the game! I know I can be a great player!” begged Lokesh.Bookmark here

“Look here, Lokesh Kumar,” said Coach Bhaskar. “Just having passion means nothing if you don’t have talent. Only a combination of hard-work and talent can push you into big leagues around the world! Just flaunting your passion and holding false belief in yourself can lead you into disaster. Your teachers keep telling me your academics are extremely poor! They have no clue if you can pass your 10th grade! How about you stop running around with a fake jersey written on a piece of paper taped to your back and go study for once!”Bookmark here

Lokesh’s face was burning with embarrassment. “He just had to bring up my academics, didn’t he?” Bookmark here

He sauntered out of the P.E room slowly and dejectedly.Bookmark here

But, another man in the room had been hearing the whole conversation.Bookmark here

His name was Shiva. He was an assistant coach.Bookmark here

And he felt sorry for Lokesh. Bookmark here

He was the type of guy who respected anyone with passion and willingness to work hard towards their goals.Bookmark here

He exited the room and found Lokesh walking away with heavy steps.Bookmark here

He followed the boy and tapped him on the shoulders. “Listen here, Lokesh Kumar. You really want to learn basketball? Maybe I can give you some advice.”Bookmark here

Assistant Coach Shiva shook his head. “I can’t personally help you, or Bhaskar will fire me! But I can give you some advice…”Bookmark here

“You said Anuj Varma and the boys’ team refused to help you?”Bookmark here

“Have you considered asking the girls’ team for help?”Bookmark here

Shiva knew that the advice might not sit well with Lokesh. Why on earth would he ask the girls’ team for help? As much as he hated it, male pride and toxic masculinity was real. It would barricade Lokesh’s intentions of asking girls for help.Bookmark here

Looking down at Lokesh, Shiva was pleasantly surprised.Bookmark here

“Do you think they’ll help me out, sir?”Bookmark here

“Why not? The girls’ team captain, Neha Srinivas, is a pretty nice person! If you ask her nicely, she may help you!”Bookmark here

“Neha Srinivas,” he thought. “Could she be my chance of learning the game?”Bookmark here

Lokesh did not have to look very hard to spot Neha Srinivas in a crowd of female basketball players. She was the one girl who was surrounded by her teammates. She was the bubbly, perky, and chirpy one. Above all, she gave off the vibe of a team captain, the one player who commanded respect from her teammates.Bookmark here

He waited for an opportune moment to speak to her. Soon, the team got to practicing. Neha was shooting free throws on one end of the court while her team was running drills and playing defense. Lokesh gently walked up to her so as not to startle her. On getting closer, he noticed she was huge. At least four inches taller than him. Bookmark here

“Yes?” Neha turned around. She had to avert her eyes below to look at the tiny guy in front of her. Lokesh noticed that she had very confident, black eyes. Her hair was tied back in a ponytail and looked like she would be the best player on any team she played for.Bookmark here

“I guess,” he said. “Can I ask you something?”Bookmark here

“I’ve been trying to learn the game by myself. But even after five years, I can’t even make a layup! Can you help me out? Can you teach me how to play?”Bookmark here

It was thus that Lokesh’s real training began. Neha wasn’t an easy instructor. She would often get frustrated with his inability to make simple shots and would run him through the mill.Bookmark here

He was finally learning how to play.Bookmark here

Neha would teach him footwork, shooting motions, defense, and passing. In a few months, the two developed a great friendship, to the point where Neha would invite him home, and to her basketball games. Lokesh felt that he learned a lot just by watching Neha play.Bookmark here

Her parents, however, didn’t approve of their daughter bringing a guy home and watching games with him. They would spy on the two like hawks, making sure nothing undue happened. Lokesh often felt that if looks could kill, he’d be long dead and buried.Bookmark here

One day, in his practice sessions, Lokesh managed to steal the ball from Neha, who couldn’t believe it. In just a few months, Lokesh had improved by leaps and bounds. He could finally do layups, shoot mid-range jumpers, and move his feet to keep up with her. Being chased by bullies for years had also made him very agile and tough. He could take quite a lot of pushing, bumping and pain. He seemed to have endless stamina. Neha raised both her hands. “High-five!”Bookmark here

Suddenly, Neha grabbed his hands, her dark eyes widened with surprise. “How did I not notice?” she asked. “Your hands, they’re so big! They’re like baseball gloves!”Bookmark here

Lokesh knew this, of course. His hands had been his number-one source of inconvenience. He couldn’t do any delicate tasks like threading a needle or picking up tiny objects. It drove his parents mad. He couldn’t even fit his massive hands inside his pockets, and had to use two long, wiry, fingers instead. Bookmark here

“Yeah, I know,” he said. “Why the useless observation though?”Bookmark here

Neha’s eyes were glinting. “You don’t understand! Hands this size can be one of the biggest advantage for a basketball player! You can palm the ball (2)! You’d be great at defense! You can fake shots like nobody else!”Bookmark here

“So I’m no longer the Joker of all Trades!” said Lokesh. “I have big hands!”Bookmark here

“Nah, forget that, your new nickname is Alien!”Bookmark here

“You have huge palms, long fingers, and move weirdly! Alien is perfect!”Bookmark here

This was the toughest part. Neha was much bigger and stronger than Lokesh. She easily bumped him away and scored. Lokesh fell hard on his back. He looked up to see Neha staring down at him, eyes shining mischievously.Bookmark here

“Come on, Alien,” she teased. “You let me body you out of the paint again! Absolutely no strength!”Bookmark here

“Come on, now. Get up, and play offense. Score against me!”Bookmark here

He tried everything possible to score against Neha but found himself unable to shake her off. She would stay with him and block him. She even stole the ball from him a couple of times. “Of course, she’s a team captain!” thought Lokesh, frustrated with the happenings.Bookmark here

Lokesh entered the paint again to find Neha obstructing him again. With no other alternative, Lokesh could only think of one way to score against her.Bookmark here

He backtracked his steps, moving a few feet away from her. Then, he charged forward like a bull. His feet kicked off the ground and propelled him into the air. Neha jumped up too, sensing his intentions.Bookmark here

“Wait…” she thought, as gravity pulled her down.Bookmark here

“How is he still in the air?”Bookmark here

Lokesh flew towards the basket, grinning. He raised the ball above his head and put the ball directly into the rim with both hands above it. The ball went in with a satisfying THUNK. He hung on to the rim for a few seconds before letting go and falling back onto the ground.Bookmark here

Neha was staring at him in absolute disbelief.Bookmark here

“Where were you, and what were you doing for all these years?” she thought. “If you’d asked me for help a few years ago, you would have been a star by now! Do you even understand what you just did?”Bookmark here

Exam season arrived, and all other activities were shut down. This was the time for some serious study and preparation. The students who got good grades would get into good institutions for their senior secondary studies. The others…they’d have to suffer.Bookmark here

Lokesh spent hours each day with his face in his books. But nothing seemed to be going inside his brain. Mathematics, especially, was a nightmare. He felt that if he could clear mathematics, he could clear anything.Bookmark here

Finally, the days of the exam dawned. Lokesh somehow managed to scrape through all the question papers, though mathematics was still really bad. All he could do was hope…Bookmark here

Finally, on results day, he opened up his test scores. His heart dropped when he saw what had happened.Bookmark here

His dad was going to kill him. Bookmark here

The phone rang. Lokesh ran to answer it. “Hello?”Bookmark here

“Dude! I topped the state! Your friend Karan Singh came second! They’re going to give us an award for it! Isn’t that cool? Hello? Alien? Hello?”Bookmark here

Lokesh couldn’t reply. He was tearing up. In those few seconds, he’d lost all his confidence. He’d lost all motivation. He suddenly felt he didn’t even deserve to talk to Neha. His academics had ruined everything about him.Bookmark here

Unworthy of even playing his favorite game of basketball.Bookmark here

“I’m useless after all. I probably won’t even be good at basketball, no matter how hard I try. It’s just the same as everything else, including studies!”Bookmark here

He hung up the call and walked away from the phone.Bookmark here

That was the last time he’d ever talk to her in years.Bookmark here

He could never even tell her how he felt about her.Bookmark here

1. Kendriya Vidyalaya (KV): It is a system of central government schools in India that are instituted under the aegis of the Ministry of Education, Government of India.Bookmark here

2. Palm the ball: To grasp the ball with one hand by extending the fingers around its surface. This allows some players to grip the ball in their hands and perform moves that others can’t as they cannot hold on to the ball. Famous NBA players who can/could palm the ball include Michael Jordan, Shaquille O’Neal, and Kawhi Leonard.Bookmark here 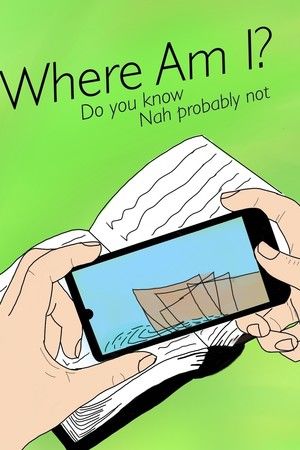 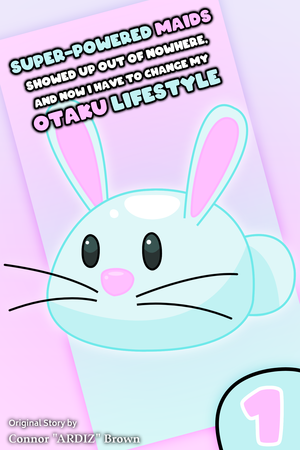