Dusk comes and Kiyi’s birthday party comes to an end. Everyone is outside drinking tea, sharing stories with one another, and watching the sky turn various shades of yellow, orange, purple, and blue. Azula sits next to Zuko and has a personal conversation with him. Bookmark here

“Zuko, I have a favor to ask of you.”Bookmark here

“I want a rematch.”Bookmark here

“A rematch, an Agni-Kai. Our last one was tilted in your favor after all.”Bookmark here

“I am good, but that doesn’t mean we can’t have a bit of competition between us. Plus, I feel better than I ever have, I want to test what I can do.” Bookmark here

“I guess it couldn’t hurt to stretch, I have been unable to practice since becoming fire lord.” Bookmark here

“Alright that settles it, Agni-Kai, right now! We’ll give everyone a show.”Bookmark here

Toph bends the earth and creates high seated bleachers for everyone to sit in. The gang watches from afar at the edge of their seats, Iroh stands in front of them as the announcer. Zuko and Azula are at the opposite courtyard, facing away from each other, down on one knee with a fire nation banner draped over their shoulders. Iroh sounds the gong initiating the start of the fight.Bookmark here

In perfect sync, Zuko and Azula stand and turn their bodies toward each other, both in their fighting stance. The fire nation banners slowly slip from their shoulders and wisp to the ground. A flurry of small blue fire balls zooms to Zuko’s side of the ring, Zuko quickly waves his arms in a circular motion creating a great wall of orange fire in front of him. The blue fireballs disperse upon impact and streaks of blue spread out from Zuko’s wall of fire.Bookmark here

With Zuko’s sight being blocked, Azula uses her fire to propel herself to Zuko’s left, his bad eye. Right when Azula is past Zuko’s wall and has him in sight, she readies lightning and fires it at his feet, knocking Zuko backwards and to the ground. He quickly rolls back onto his feet and strikes at the still moving Azula, fire bursts from Zuko’s fists in rotation, right-left-right-left, all shots hitting the wall behind Azula.Bookmark here

Azula halts her fire propulsion, positioning herself in Zuko’s starting spot. The two take one step forward and they shoot gigantic streams of flames at each other, colliding, creating a big wall of fire. Mixing blue and orange that disperses in the center of the two. When the flames weaken Azula rushes to the center and does a front flip propelling herself up high with fire from her right leg and crashes down with her heel, Zuko dives to his right and quickly recovers to throw his elbow at Azula and hurls an arc of orange flames at her, looking like a giant flaming boomerang. Azula drops to her stomach and rolls on the ground under the flames. Bookmark here

Once the flames pass over, Azula gets half up, and into a pouncing cheetah-lion stance. She does a backflip sending a roaring stream of blue at Zuko, he crouches low and pushes the fire up and over his body. Zuko responds with a shoulder bash, fire emits with a silhouette of his hunched over body, screaming toward Azula. She replies with a roundhouse and disperses the fire.Bookmark here

Zuko does not let up; he takes a deep breath and points his mouth and hands toward the ground. Then an enormous wave of orange flames jets from his mouth and hands, sending a tidal wave of flames low and fast at Azula’s legs. Azula quickly launches herself upwards with her fire and makes for the center of the ring, avoiding Zuko’s attack.Bookmark here

Both panting after the chain of attacks. Azula takes a deep breath to regain her composure and stands up to a calm and steady stature. “Well, this has been a nice little warm-up, but this is where I win.” Azula closes her eyes and takes a chain of long and deep breaths. Zuko shouts his reply, “Your tricks aren’t going to work on me, Azula! I’ve changed, I’m no longer that scared kid trying to catch up to his sister, the so called, Fire bending prodigy.” Zuko takes a deep breath and reaches the bottom of his stomach then roars like a dragon. A stream of various colors flow from Zuko: orange, yellow, red, white, green, blue, purple. Azula’s eyes dart open, she throws her arms and legs far apart, Azula screeches a deep shade of blue, it collides with Zuko’s fire. Azula’s flames steadily turn to a brighter shade of blue, her hair ornament snaps off in the wind and is sent flying out of the ring. Her hair, now loose, whips in the wind. Then two bright blue wings of fire span from Azula’s back and stretch outward. Azula’s screech turns to a ferocious roar, she slowly motions her arms closer to each other and booms a loud clap, the wings start to close in on Zuko. Zuko sees the wings of fire in the corner of his eyes, but it is too late for him to dodge. Azula’s wings clap together and crush Zuko in between, stopping Zuko’s roar and knocking him unconscious. Seeing her brother fall, Azula inhales and disperses her fire.Bookmark here

The gang rushes from the stands to Zuko’s aid. Katara bends water from her pouch to heal Zuko until he comes to. Sokka stomps over to Azula, “You almost killed him!” Azula puts her hand on Sokka, keeping him at distance, “Calm down, I didn’t intend to kill my brother, just knock him out.” Zuko coughs, then stands himself up, arms wrapped around Katara and Aang. “You win, Azula. You’re the better fire bender.” Azula steps over to Zuko, looks him in the eye and states, “Yes, I know. I wanted a chance to prove it to you. You certainly have improved, even with your fire lord duties taking up your time. But I cannot have the fire lord, my brother, softening up and becoming weak. That’s why I’m going to become your teacher.” Zuko’s eyes grow wide, “W-what?” Azula looks perplexed and speaks. “Do you not want me as your teacher? Or do you prefer Uncle?” Zuko lets go of Katara and Aang, “No, training with you is fine. I’m just surprised, is all. Dad stopped letting me train with you when mom left, he said I was holding you back. It’s a strange yet familiar feeling. Thanks, I look forward to it.” Ursa steps behind Azula, “Go on, hug your brother and say thank you.” Azula reels back at the notion, but she steps forward and points her face away, she opens her arms and wraps them around her brother for a quick second then steps away. Zuko’s face turns red and says, “You haven’t hugged me since we were toddlers.” Azula folds her arms together, “Yeah, well don’t get used to it. I did it because mom asked.” Ursa giggles, “It’s nice to see you two like this. Brother and sister getting along.”Bookmark here 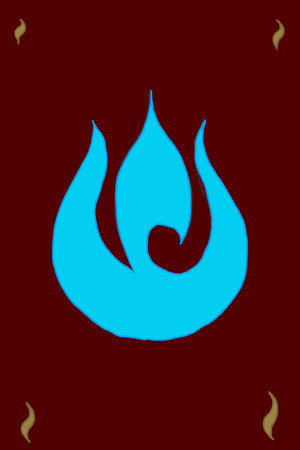