“Oii... oii.... Wake up! How long are you going to sleep here?” I ask annoyingly while slapping his face. Asahi blinked his eyes a few times, before turning his head at me.  I didn’t notice it before, but underneath his thick glasses.... This guy have some serious pretty eyes. Even his eyelashes is curly and unusually long.

“How long was I out?” he ask, rather matter-of-factly. I glance at my wristwatch.

“About eight minutes. Are you alright?” I asked. He look all around his body and nodded.

“I hope you don’t mind, but I help to buttoned-up your shirt earlier. I can’t help it. Your whole chest is showing.” I added. Asahi face reddens.

"Ah.... you... you did? Thank... thank you." he said, stumbling on his word. I close my eyes. Well, we’re both guys... There’s nothing to be embarrassed about. I wonder why he’s being so skittish about it?

As Asahi begin to fix his messy hair, I begin to think silently about dinner tonight. Looks like I'm going to be home late again. I haven't even start with food prepping yet... Should I get something from nearby convenience store? But, I'm trying to saved up some money, so that's out of the question.

Unable to reach a conclusion, I left out a little sigh before take a look at the guy next to me. He is acting awkwardly.

“Well, if you feel better now, I’m going home...” I said and stand up. That boy also did the same.

“If you’re talking about those bullies, I already beat them out earlier. You have nothing to afraid of anymore.”

Err... say what now? We barely even knows each other, so why would he want to come home with me? Is this guy really alright?

I didn’t think I hit him that hard earlier...

“I don’t know if you’re aware of this, but we’re neighbors.” He continues. I frown my forehead.

“We are heading to the same direction anyway, so do you mind if I tag along?” he added. He looks pretty nervous. Perhaps he’s still affected by what happened earlier. I look at him for the longest time before finally decided;

“Sure. But don’t stay too close to me. I don’t want people to think that we’re friends.” I said. He immediately nodded. The two of us walk home in silence. All the time, I noticed he’s holding his stomach. His face is making a painful expression.

“Are you really alright?” I ask after a while. He laughs nervously.

“Yes, please don’t worry about me.” He said. Like that going to convince me. I can sense that he's in deep pain, so I  immediately walk towards him and unbuttoned his shirt. He look a bit taken back, but I only act like normal.

“What... what are you doing?” he ask nervously. I wish he could cut that out. I’m doing this out of concern, and nothing else.

“Shut up. Does this look nothing to you?” I said and pointed at his stomach. It's just as I suspected. He immediately tries to covers it up.

“It’s nothing... Please don’t worry about me. I’m used to it.” He said and quickly buttoned up his shirt. I hold his hand and stop him.

“Nonsense! You already bruised this much and call this nothing? I seen you get beaten back there like a dog, so what are you trying to prove? That you’re tough or something?”

“Its not that... I just don’t want to bother you more than I already have.”

“Did I ever say you're bothering me?” I shot back. He look down at his shoes.

“Then, shut up. Stop making assumption about me when you don’t  know anything.” I said and retrieve a bandage from my bag. It’s just a force of habit, but it seems to be helpful at the time like this. I apply it gently around his stomach and tie it not too tight. After I’m done, I told him to put an ice pack on it once he got home.

“Huh? Did you say something?” I asked back. He's shaking his head.

“I was just saying... this is the third time you have save me.”

“It’s nothing...” I said, repeating this guy favorite word. He frowns disagreeably.

“What do you mean? Earlier you help me with my homework. Then, you fight off those bullies all on your own. Now, you even tend to my bruises. That is more than anyone had ever done to me. I want to return your kindness, Ayato-san. Just ask me to do anything. I’ll do it for you right now!”

“Err, that wouldn’t be necessary.”

“Please, I’m begging you. You had helped me out so much today. I'm already embarrassed to constantly become the subject of your generosity. Please let me do something for you. A simple gesture would do...” He insisted. His hopeful eyes made me scratches my head. Well, if he insist, then perhaps...

“Could you.. move over a little bit? You’re heavy.” I said. I didn’t even realize that Asahi’s getting so close to my face, that he’s literally squishing my body to the wall. He immediately moves away.

“Yes! Anything at all... Your wish is my command.”

“Well, my throat feel a little dry right now. Can you get me some drink?”

“Of course. What do you want for a drink?”

“A cold black coffee would be nice.” I said. He nodded his head and immediately ran towards the nearby vending machine. I was a little worried if he’s going to get hurt again, but he safely purchased the drink and returned with any incident.

“Just for me? Don’t you want anything for yourself?”

“That’s fine. I don’t need it.” He said, but his face is saying otherwise. I suddenly remembers those bullies extorting money from him earlier. Is it because he didn’t have enough money? I suddenly felt like an extortionist myself. I'm a terrible human being...

Silently, I open the can and take a sip before offering it back to him.

“I know you must be thirsty too. Have some.”

“Don’t talk to much. Just drink it.” I said and hand the drink over to him. He look at it with confusion. He take a small sip before coughing.

“What’s the matter?” I ask. He shakes his head.

“Huh, is that it? I thought.... ah, nevermind. Just give it back if you don’t want it.” I said. He give the can back to me. I turned at him after taking another sip.

“I heard Mr. Matsumoto calls you Asahi-san earlier. But that’s not really your name, is it?”

“What’s your real name then?”

“What? Too embarrassed to say?” I added with a smirk. He smiles.

“I like strawberry milk.” He said shyly. I look at him without a word. Strawberry milk, huh? What a childish palate, but somehow it suits him. I put down my drink and walk towards the vending machine. There is no strawberry milk in the selection, but banana milk is still available. I inserted my coin and push the button.

“Will this be okay?” I said and throw the milk to him. He catches it spontaneously.

“Hmm, yeah. It’s okay.” He says. But he didn’t drink it straight away. Instead, he just keep it inside of his bag.

“I’ll drink it later after I got home.” He replied. As soon as I finished my drink, we continue to walk. We’re no longer walking separately. I turned at him and notice he’s still smiling. Whatever for, I have no idea. But, it certainly a weird feeling walking home with someone else. I guess its probably because I’m too used with walking home alone. Nemura seems shy at first, but eventually he started opening up the story about his home life on his own.

“I lived with my mother.”

“What about your father? Is he still around?”

“No. Not really.” He said. He looks a little depressed as soon as he said it. I try to change the topic.

“I’m sure you heard some rumor's about me. I’m afraid to tell you, but most of it are true.” I said without hiding. He paused for a while before asking.

“Including about your father disowned you?”

“That, especially. That’s how I come to Kurosawa Highschool anyways.” I said. He nodded his head.

“I heard that you almost kill a guy from your old school. Is that true too?”

“Huh? Who told you that?” I said. He begin to look skittish.

“Err... I heard the kids in class talking about it. It’s okay if you don't want to talk about it. I’m sorry I even ask.” He said and looked down at his feet. I left out a little sigh. Normally, I wouldn’t feel inclined to talk about this, but since he’s first one to directly ask that to my face – I think a little explanation wouldn’t hurt.

“Sort of. But I wasn’t actually going to kill him. Everything is exaggerated. He actually got away with a broken arm.”

“I know it. There’s no way you could’ve actually kill someone, right?” Nemura added, enthusiastically. I shrugged my shoulder.

“Who’s to say? I might though. It all depends on the person.” I said. It’s a lame joke and I know right after I say it, but Nemura had already stopped walking. He seems a bit concerned.

“That was just a joke. Don’t take it too seriously.” I added with a fake smile. He sighed off relief and proceed to walk right next to me.

“Your father. He disowned you, right? Are you mad at him right now?”

“What made you say that?”

“Nothing. It’s just a feeling I have. Ah, I did it again... I always talk about things that’s none of my business. Ayato-san, please don’t mind me.”

“It’s okay. You’re probably just curious. Why won't you? Everyone at school does. But, to answer to your question – I used too, but not anymore. I have my own place now and also a part-time job to support myself. To me, that’s enough.” I added. He nodded. We continue to walk in silence. Finally, we have arrived in front my apartment complex. I turned at Nemura.

“So, this is where I live.” I tell him. Nemura smiles at me.

“Mine is just two blocks away. Right over there.”

“Yeah. My mom and I been living there for a while now. Ten years, come next month.”

“Well, in that case... We really are sort of neighbor in a sense. I guess I see you around then.” I said. After I entered the lift, I realize that he’s still watching. But he quickly waves his hand once he caught my eyes and continues to smile. I don’t know why, but I found myself waving back at him too. 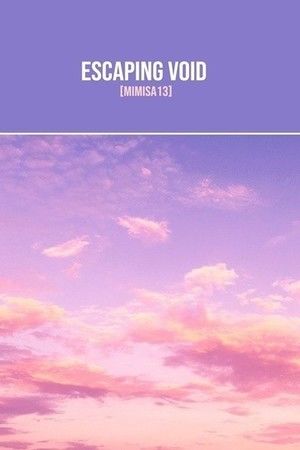 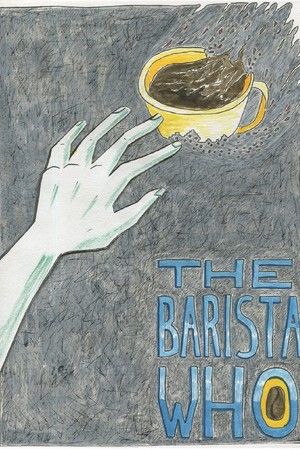