The Beginning of The End

Transmigrator That Lives Another Life

"Have you ever wondered about how it would feel to live a countless amount of lives, to be reborn throughout history: the past and the future as the hero, victim. Reborn powerful or weak, having to relive so many different lives, it all begins to blend into a singular pit of despair. Having to see anyone you ever start to care about die over, over and over again. A life made up of many but with no goal or meaning.Bookmark here

There is a famous saying that "if you stare into the abyss, the abyss stares back at you." For me, that Abyss was the endless circle of regression throughout history. Everyone wishes they could travel throughout time, and so did I in my youth. The idea of living in different worlds and becoming the hero always seemed fascinating but, in reality, became bitter-sweet knowing that everyone, including you, will die and everything you achieved will turn to dust. All that is left is a legacy as you are forced to live another life.Bookmark here

You begin going through the different stages of grief while regressing as you deny what has happened and continue to adventure as you regress, still hopeful and optimistic. After a few regressions, you begin to feel pain and guilt over all those that died, yet you live another life while they are dead.Bookmark here

This is followed by anger; your resentment becomes apparent. In the subsequent few regressions, you are filled with rage; you become ruthless and brutalise your opponents and kill anyone in your way with a lack of regard for human life. These regressions are usually where you unload all your emotions of anger, leaving you unable to feel angry anymore by the time you are finished.Bookmark here

This is usually followed by a period of depression where you are your own cause of your regression by either not doing anything and seeing the world burn buried under chaos or causing your own regression with your own hands. These are short and quick regressions, but as a result, many worlds are doomed.Bookmark here

Finally, you have reached the end of the line. You came across the stage of acceptance. Again, you accept what has happened to you, and yet again, you become hopeful yet again. In stories, a person would at that point become a hero once again live a fulfilling life and not regress or decide to use their regression for the greater good.Bookmark here

In reality, after you reach acceptance, you do try being hopefully. Still, after plenty more regressions, you become a walking mixture of emotions until they are fused into a lack of emotions. Finally, you become a shell with no regard for life but with expertise in every field. Your existence is that of being filled with success in any world that you are reborn in but never happiness.Bookmark here

Your every existence is filled with despair. It feels as if you are drowning in a sea of despair within the Abyss itself. The sea itself so thick that no matter what you do, you can never escape it. Any voices or sounds become muffled; any person is nothing but just an object taking up space.Bookmark here

Any meaning to life has long disappeared.  That is the true existence of a regressor. That is my existence. I wonder how my current life will play out as it seems I have been reborn in an alternate version of the world from my first life where the original me never existed. I thought everything would fix itself if I were reborn in my world, but it seems I was in the wrong as nothing changed"Bookmark here

He leaned back in his chair.Bookmark here

"I sit here thinking about everything I have been through, but I have nothing to show for all my efforts and the lifetimes. A worthless legacy of worthless existence."Bookmark here

"At least I can live the life I never originally even had a chance to begin", he said as he threw his coat over his shoulders and stood up from where he sat, ready to leave.Bookmark here

"Seems I have matters to attend to", he coldly and indifferently stated as he left to attend his university.Bookmark here

"I already made millions presenting future inventions, but when I first was reborn, I made a promise to myself to if I ever had a chance finish my first life."Bookmark here

"Your first life is one you never forget."Bookmark here

He left for his university after getting into his car.Bookmark here

Before he knew it, the driver turned on the radio: "mass riots reported around the world. It seems..."Bookmark here

"I can't stand this human nature filled with selfishness and ignorance", he thought to himself as he reached over and turned off the radio.Bookmark here

Before he knew it, he arrived at his destination. He left his vehicle and thanked the driver, after which he had looked at his university.Bookmark here

"So prestigious yet so corrupted. Even if I had the intelligence of a hamster, as long as I had the money, I could still get in", he said with a bitter taste left in his mouth as initially in his first life, he was never accepted into the institution.Bookmark here

As he sat in his lecture, he spent the time drawing one of the few skills he had learnt over his regressions. He enjoyed it as it was relaxing, and after many lifetimes of practice, he could draw whatever he wished, including his past lives, families, comrades or even battles. It was a bitter-sweet, sorrowful yet warm hobby at the same time, and all he needed was an electronic pencil and a tablet.Bookmark here

As he was busy drawing, not paying attention to the lecture as it was meaningless muffled chatter, something happened.Bookmark here

A screen appeared before his face.Bookmark here

"What is this?" He said aloud, confused.Bookmark here

As he investigated his surroundings, everyone was standing and talking to each other. There was an apparent panic in the room.Bookmark here

The professor tried to calm everyone down, "there must be a reasonable explanation for this, everyone. So let's all sit down and..."Bookmark here

Before she could finish, she combusted her guts spreading all over the electronic whiteboard behind her.Bookmark here

Screams and panic followed. People tried to leave, but the room seemed to be closed off within some kind of a force field.Bookmark here

"This seems different", he thought as a giant holographic image appeared before them.Bookmark here

The creature on the screen spoke, "I am one of the administrators. Welcome to the game where your survival depends on passing trials. Good luck, everyone. If you don't want to finish like that human over there, I recommend you move fast. I will even motive you by cutting the timer in half on the task", he stated before the screen disappeared.Bookmark here

"That is all I need to hear before taking this task seriously."Bookmark here

Conditions: Kill at least 2 other people in the same room as you within the given time limit to fulfil the task conditions.Bookmark here

Reward: 250 Credits Per A Person killed (Can kill more than two)Bookmark here

250 Credits For Completing The TaskBookmark here

Penalty: Death (Body will combust and explode if the conditions are not met by the time the timer reaches 0)Bookmark here 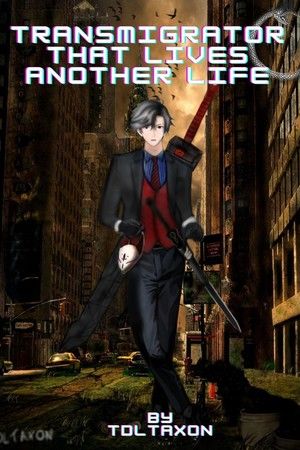 Transmigrator That Lives Another Life