The Salt Flats remained still and quiet. They eventually began to breathe, moving up and down slowly before caving in and a massive monster surfaced. It resembled that of a Brine Shrimp. It’s body was long and had numerous legs, it’s torso and midsection stood upwards with four arms, two of which had pincers attached to it. At the end of its body was a long tail. The monster roared before it began to advance towards the city. Before the monster reached the city a bright flash filled the air as a hero descended onto the ground.Bookmark here

The monster looked at the giant hero and roared. The hero stood up before it looked over at the monster. The citizens of the city were in total awe to see that a hero had come to protect them. The hero gave a “Sha!” as he got into a fighting stance before charging the monster. The monster roared as it advanced towards the hero. The giant hero ducked beneath the oncoming claw from the monster before he grunt “Ha!” And kicked the monster in the side. He then threw a punch which collided with one of the claws of the giant monster. The two giants looked intensely into each other’s eyes before the hero gave a “Hiya!” As he swung his other arm downwards to knock the monster's claw away. He then punched the monster in the chest causing it to stumble backwards.Bookmark here

The hero gave a “Schwua!” As he spun and performed a roundhouse on the creature's chest, sending it flying through the air before it crashed onto the ground. The monster stood up before it roared and opened its mouth and fired a condensed stream of salt at the giant hero. The hero grunted as the stream hit him in the chest and he was sent crashing to the ground. He rolled over onto his hands and knees before he dusted off his chest and stood up. He turned to the monster which went to fire it’s stream of salt again. As the salt flew towards the hero he removed the blade from the top of his head and used it to slash the stream in half. The stream flew in two opposite directions behind the hero before they crashed into the ground with an explosion. Bookmark here

The hero placed the blade back on his head before he crossed his left hand over his chest and tucked his right arm behind him before a laser shot from the gem inside the blade on his head. The laser slid along the ground in front of the monster causing the ground to go up in a wall of flames. The monster roared by suddenly being engulfed. It then roared angrily as it then charged from the flames towards the hero. Bookmark here

The monster groaned as it got back onto its feet. The hero’s right hand and forearm then started to glow bright blue. The hero then shot his arm into the air before he slowly brought it downward before he tucked it behind his body as he swung his left arm across his chest in front of him, before mimicking the same movement with his right arm. He then roared his right arm to a vertical position as he tucked his left arm behind his body. “Single Space Shot!!!” A beam then fired from his right arm which soared through the air with incredible speed and power before it crashed into the creature's chest. The monster roared before it went up into a massive explosion. The hero’s forearm stopped glowing as soon as the beam stopped firing. He then turned to the city full of cheering people before he looked up to the sky, “Super Jet!!!” He credited as he took off into the air and a red jet shaped energy construct formed around him and he then flew off into space.Bookmark here 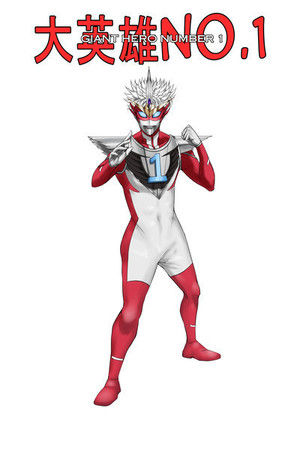