What did you do to my body?!

The bell rang and I sat up straight in my chair. Everyone was on their way out while my eyes felt heavy. Why did I fall asleep? I slept the same as always, I thought.

When I opened my eyes and saw my arms and hands, I knew something was definitely wrong. My arms were tan. My body occupied less space on the chair and my view of the whiteboard was obstructed by the girl in front of me. It was then I realized that the people in the classroom weren't my classmates.

Something shifted behind my head every time I moved, so I pulled it in front of me; a red ponytail.

More sensations surfaced throughout my body. My chest wasn't flat anymore. I could see my tanned legs because I was now wearing a skirt instead of a pair of pants.

A backpack hung from my desk. It was green and bigger than mine, so I knew it was the backpack of the girl I was. I grabbed it and looked inside for a mirror. I found school stuff and things that assured it was a girl's backpack, but no mirror.

I took out the phone I found and lifted it in front of my face. Looking at my reflection on the turned-off screen I was shocked by the face looking back at me; I am the girl from the opening ceremony?

I had only seen her one week before when she gave a speech at the opening ceremony. Because of my previous high school, I thought that she was doing it because her family was important to the school.

I put the phone down on the desk, closed my eyes, and took a deep breath. Am I dreaming? Did someone drug me?

I opened my eyes, but I was still trapped in that girl's body. What should I do now? I asked myself.

"Su-chan, you still asleep?" the same girl that had shouted asked me. She stood next to me, blonde and slender.

Is she a friend? She called me by a nickname I thought.

"Hello? Earth calling Kozue Suzuka," she said as she waved her hand in front of me.

"Yes! What is it?" I stuttered and looked up at her.

I remembered then. She mentioned her name at the beginning of the ceremony; I was inside Kozue Suzuka-san's body. Even my voice belonged to her.

"What are you waiting for? I'm hungry, but let's buy something low in calories," the girl next to me said. "Rem, what are you doing?"

She had called the brunette girl sitting in front of me Rem twice.

"Sorry. I'm replying to these girls that want me to do their makeup later," Rem-san giggled.

"You're getting more clients already?"

"All thanks to the beautiful Hashimoto Hisako!"

Rem-san called the girl next to me Hashimoto Hisako, but I doubted that was how they usually called her.

"But seriously, you helped a lot," Rem-san continued.

"Yes!" I replied like a soldier. I followed her to the hallway and we headed to the stairs. I should do something before it's too late, I told myself.

I stopped walking and asked her, "Do you know K-Araki-san? He's the new transfer student."

I almost said my first name.

Hashimoto-san stopped and turned around. "I saw him once. He's quite good looking. Why? Have you fallen for him already?" she teased, her lips curling up into a slight smirk.

"I-I want to ask him something," I stuttered. She stared at me and stayed silent for a couple of seconds.

"Is it that something?" she remarked.

"That? I just want to talk with him—"

She leaned forward and whispered, "Do you like him?"

"What? No, I didn't say that!" I replied as my face got hotter. What did I say to make her think that?!

"You actually like him! I need to tell someone!"

Dammit I cursed. I should stop her before—

"Rem! Rem, you'll never guess who likes someone!" she shouted as she turned to run back to the classroom. Everyone in the hallway stared at her. It was already too late.

I grabbed her arm before she could get too far and pulled her closer. "Hisako, it's not that big of a deal, I think a lot of guys are handsome," I giggled nervously. I stained Kozue-san's image, but I had no other choice.

"Huh?!" Hashimoto-san exclaimed and put her hands on her waist. "Come on, Kozue Suzuka. We've been friends since elementary, I know you haven't liked any guys. And to think the day you'd like a guy has finally arrived…," she said and brushed away the tear falling down her cheek.

Is it that unbelievable? I thought.

"Hey, Suzuka," a guy with a deep voice called from behind me.

Hashimoto-san's eyes sparkled as if someone had just told her the secret on how to never gain weight. "It's Araki-san! And he called you by your first name! What did I miss?!" she whispered at me.

I turned around and he approached me. I was standing in front of me. My voice sounded extremely deep. Did he exaggerate the depth on purpose? I asked myself.

"I need to talk to you alone," he said. He grabbed my hand and pulled me away from Hashimoto-san.

"Take your time! I'll see you in class!" Hashimoto-san grinned as I was pulled down the stairs. We went from the third to the first floor and entered a room next to the stairs. The person in my body closed the door behind us.

"Have you done anything to my body?" he asked with a piercing gaze.

"Awesome! But I can't say the same," he grinned.

"You are Kozue Suzuka-san? You're in my—what did you say?" I shook her by her shoulders. "What did you do to my body?!"

She shut my mouth with her hand and shushed me. "Don't yell, they'll hear us."

I hadn't noticed that I needed to look up to see my face. Am I really that tall? Or is Kozue-san really that short? I thought.

"They? Your friends? You think they would spy on us?" I muffled beneath her hand.

Not even a second passed and giggles and murmurs came from outside the door.

"Don't they know that we can see their shadows under the door?" I wondered.

We remained silent for a while, but her friends didn't go away. The silence wasn't awkward for some reason.

"Can you move your hand? I won't yell anymore," I asked her.

"Oh, sorry," she giggled and moved her hand away. She then cleaned it on her pants.

We stepped to the other side of the room to stop Kozue-san's friends from listening. I finally got a moment to breathe and process everything that happened.

There were long desks in the room. Sinks, chemistry flasks stored inside cabinets with windows, and tools I hadn't seen before. We were in the laboratory. We had come here the previous week, but it was only to meet the teacher. We wouldn't be having class in here for another two weeks.

Kozue-san and I stared at each other saying nothing.

This is uncomfortable I thought, but she seems okay. "Why are you so calm?" I asked her.

"Maybe because I'm inside your body and you're inside mine."

"That's a good point," she giggled and scratched her cheek. "But there's no reason to be nervous. It's already happening, right? We just need to get our bodies back."

I stared at her somewhat confused. She wasn't nervous at all.

"And how will we get them back?" I questioned.

We stared at each other again.

She has no clue I told myself.

Out of the blue, Kozue-san bowed and requested, "Give me back my body, please!"

"Asking for it won't work!" I yelled.

"Are you sure? At least we should try," she said.

The words I was going to say disappeared from my head. Well, she's not wrong I thought. It's not like all of this is normal.

"Hey, I'm trying to be positive—Who said that?!" Kozue-san screamed.

We snapped our heads towards the voice. A girl with glasses and long, wavy, hair was sitting on the other side of the room at one of the long desks. She looked at us for a moment before looking down again, probably at her phone.

I shushed at her.

They know each other. How did we not see her before? I wondered.

Kozue-san pulled on my arm in an attempt to move away from Kawahara, but I resisted. "What are you doing?" I asked Kozue-san.

"Since we are done practicing for that play, we can go now," she lied as we headed to the door. "Sorry if we bothered you. You can forget we came here."

"No, you were not," Kawahara-san said as she stepped in front of us to block the door. She stared at us.

Dammit. What does she want? Did she hear everything we said? I asked myself.

"Class will start soon, we should get going—"

Kawahara-san ignored Kozue-san and stood on tiptoe to whisper in her ear.

What did she tell her? I wondered.

My heart skipped a beat. I recognized her gaze. She was analyzing my reactions to find out if I was lying. But I had dealt with such scrutiny before.

"That's absurd. Something like that is impossible. Right, Kozue-san?" I replied with a poker face.

But she didn't respond.

I looked at her. Her eyes twitched as she stared at the floor.

Just what did she tell her? I thought.

Kawahara-san sat on a stool and put her hands on her knees while looking at us. "It might be scientifically impossible, but I would not discard a phenomenon before corroborating it."

Did she just call us a phenomenon? Maybe she's crazy too. How can any of this be real? I told myself.

"You would believe something this crazy?" Kozue-san asked her.

"Did you realize that Kozue Suzuka-san called you Kozue-san? Also, you have been acting as if you've known me this whole time when we've just met."

I clenched my fist. I couldn't believe that I didn't notice something so obvious.

"But you still need to convince me. Tell me what happened," Kawahara-san stared intently at us.

"What happened? That's the problem, nothing happened! We just swapped bodies," I replied. "And why would we need your help?"

"I believe you are still clueless about the cause and how to reverse the effect. I am used to experimenting and finding solutions. Unless you want to risk your mental health being questioned, I am the only person that can help you."

She wasn't wrong. Everyone would think we were crazy if we told them-which is why I thought she was crazy too.

"I'm glad that you agree," she said. "Did you interact with each other before you swapped bodies?" she asked.

"No, we haven't…" Kozue-san stuttered. Her eyes and smile twitched. She was bad at lying.

"Are you sure?" Kawahara-san questioned. Even she noticed it.

"Something did happen this morning," I said.

My face suddenly felt warmer. I looked away from them. Why did I blush? It was a bit embarrassing, but nothing to blush about!

"Interesting. Please tell me about it…," Kawahara-san paused. "I don't know your name."

"Araki Koji-san, please tell me about the incident." 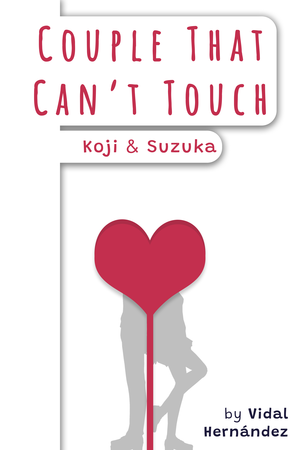