After finishing my breakfast, I walked to Thaddeus' room in the K-rank dormitory and knocked on the door. After a minute, Thaddeus opened up, still not in uniform. "So, how was your night, Thaddeus?"Bookmark here

"Uneventful," Thaddeus replied. "I still can't sleep, so it was as tedious as it always is."Bookmark here

"Well, I have something to get your spirits up," I said happily. "We have a mission today. Same target as before."Bookmark here

Thaddeus' eyes widened a little as if shocked that I was trying again so soon. "Already? Don't you need to do reconnaissance first?"Bookmark here

"Pfft, when you are at my caliber, you don't need that," I joked. "In all seriousness, you are supposed to, but I will explain in the truck."Bookmark here

"Sure, because you asked nicely," I said sarcastically. "Otherwise, I would have made you come in your pajamas."Bookmark here

After a couple of minutes, Thaddeus walked out fully dressed in uniform, and they headed towards the garage. I saw my truck parked in its usual spot and signed in relief that it looked almost good as new. "Wait in the truck. I just need to check with Terry on something."Bookmark here

As I headed towards Terry's office, a blaring truck horn sound startled me and nearly caused me to trip. I looked back and saw Tamari driving past with Teresa in tow. "How are things going?" Tamari asked.Bookmark here

"We will see," I said. "Hopefully this mission proceeds without a hitch. I was about to talk with Terry about it. See you later."Bookmark here

"Oh, and one more thing," I said, spinning back towards her. "You got a great set of honkers there."Bookmark here

Teresa apparently didn't get it, as she just had a puzzled look, but Tamari clearly understood. She got red in the face and punched the horn as loud as she could. As close as I was, it could have deafened me, but I anticipated that would be her response and stuck my fingers in my ears in time to not become completely deaf. Her counterattack had failed.Bookmark here

I walked back towards Terry's office with a smirk and didn't turn back. I knocked on the door and was let it.Bookmark here

"Who honked their horn so loudly?" Terry asked.Bookmark here

"It was just Tammy," I said. "She probably didn't get enough sleep last night and was cranky."Bookmark here

"I see," Terry responded. "So how bad was the joke you told her?"Bookmark here

"Nothing worth repeating," I said. "So, you want to take a look over the truck to check if there is any tampering with it anywhere?"Bookmark here

"I did that an hour ago," Terry said. "I can check again, though." They walked back towards the truck, and Terry got on the floor next to the wheels and carefully inspected them. After a minute of going through all of the tires, he got up and checked the engine. "All is clear," he stated. Nothing has been tampered with." Bookmark here

"Perfect," I said. "I will be on my way then."Bookmark here

So it appeared as if the culprit wasn't dumb enough to get caught so easily this time, assuming they even existed.Bookmark here

"So what is the plan?" Thaddeus asked me.Bookmark here

They were almost at the same intersection as the last time, and the target should almost have arrived. There were still a few minutes, though, to explain. "I am running out of time. I am planning to retire soon, so I need to finish off unfinished business as soon as possible. While I should be doing this more carefully, my main concern at the moment is approving you for C-rank before I retire. I could let you be transferred to another agent, but I would rather pass you myself." While that reason was true, it wasn't the real reason. However, I couldn't tell him the truth yet. That I really didn't care about succeeding and just wanted to find the culprit. Thaddeus didn't seem like the type who was good at keeping his mouth shut.Bookmark here

They arrived close to the intersection and stopped at the side of the road. "Ok, Thaddeus. Time for you to get off."Bookmark here

I didn't want him to worry about the prospect of foul play during their last attempt, so I told a white lie. "I want you to learn how to see the mission from an outside view and to be part of the bait. That way, you will understand the full scope of how a mission should be carried out."Bookmark here

“Ah, I understand,” he said. "So, what should I do?"Bookmark here

"When the target arrives, there will be another teenager there. I want you to pretend to have trouble walking and have that teenager help you across the street. Make sure to be on the side facing the truck, so he can't see me. I will turn the light green, so you two will start walking and then turn it red a couple of seconds later. The boy with you won't see me barreling towards you two, but the target will, and he will run and push you two out of the way before I collide. Got it?"Bookmark here

"You don't need to worry about that," I said. "I don't make mistakes like that."Bookmark here

Thaddeus got out, and I waited a minute before the plan started coming into motion. The bait arrived, and Thaddeus joined him at the intersection. I made the light stay red until the target came along a minute later. I then turned the light green and watched the second boy start helping Thaddeus across the street. I turned it red almost instantly and watched as the target started racing towards the other two. It was all going perfectly.Bookmark here

Suddenly, a loud honking sound blared from the truck, and it caused the boy walking Thaddeus across the street to careen his neck and catch a glimpse of the oncoming truck. The boy ran and dragged Thaddeus towards safety early enough for the target to not even reach the crosswalk. Bookmark here

I slowed down and calmly got out of the truck. I looked around the vehicle, trying to discover where the loud sound came from. I circled the truck but couldn't find anything. I even looked into the horn mechanism and didn't see any tampering with the horn. There remained only one other place to search. I checked under the truck where the bumper was and saw a large speaker device cleverly maneuvered and hidden. Bookmark here

This sealed it. Somebody was trying to sabotage me. This was a success, despite how much of a failure it might have looked to anybody else.Bookmark here 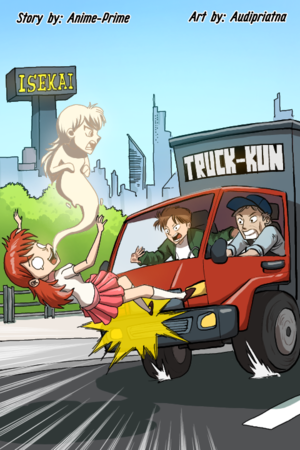 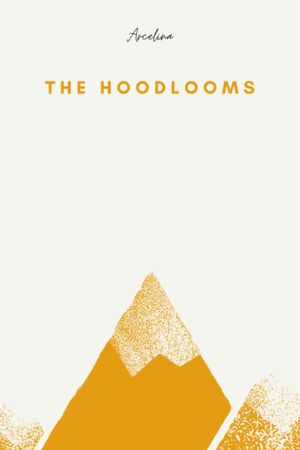